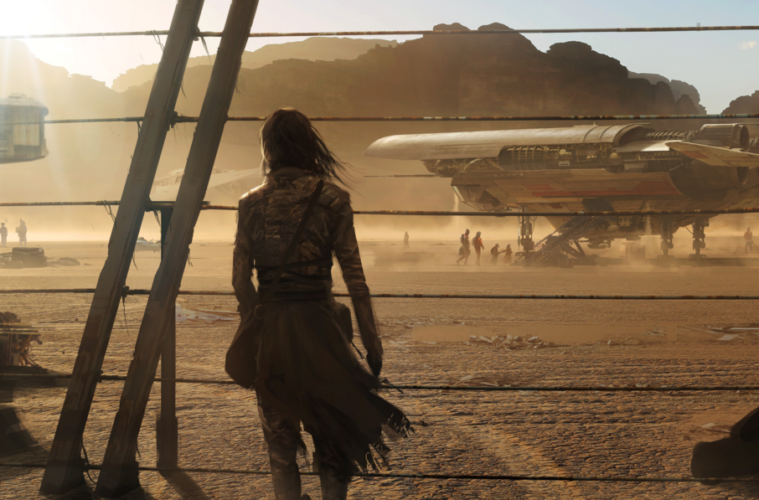 Force Awakens fever is still gripping the film industry two months after the release of the seventh Star Wars entry, and the world of cinema-centric books is just as Snoke-obsessed. But there’s plenty more worth snagging, including in-depth analyses of Pixar and Spike Lee’s Bamboozled, a lavish study of musicals, and a graphic stunner called Filmish.

DK’s Star Wars visual dictionaries are, quite simply, must-owns. (Even the three prequel editions are fascinating.) And the Force Awakens Visual Dictionary might be the best yet. Author Pablo Hidalgo goes deep, providing everything you wanted to know about Jakku (but were afraid to ask), offering insight on briefly seen characters like Max Von Sydow’s Lor San Tekka, and breaking down exactly why the “crossguard blades” of Kylo Ren’s lightsaber are a necessity. Plus, the film stills and close-up images are a Star Wars geek’s dream come true. Been coveting a good look at Han Solo’s insulated boots and Rey’s pilot doll? You got it.

While technically a 2015 release, I feel confident in saying the winner of Cinephile’s Most Beloved Book of 2016 has arrived. Edward Ross’s Filmish is, as its subtitle puts it, “a graphic journey through film,” one that touches on more than 300 films, Centered on concepts like “the eye,” “the body,” “voice and language,” and “power and ideology,” Filmish is a joy to page through. Part of the fun is identifying the films referenced, and happily, Ross does include a filmography. How eclectic is the mix? Everything from They Live to Hiroshima, Mon Amour makes an appearance. Filmish would be an especially perfect read for a budding young film fanatic; I wish I’d had it as a teen obsessively taping old films on Turner Classic Movies.

Writer Jason Bailey’s books on Pulp Fiction and Woody Allen are two of the most enjoyable filmmaking reads in recent years. He shifts gears with the essay collection Richard Pryor: American Id, but the results are no less impressive. Bailey opens with an analysis of “the most riveting footage ever captured of Richard Pryor,” a trainwreck of a morning-show interview shot on the Arizona set of Stir Crazy. “You cannot take your eyes off it,” Bailey writes, sending the reader racing to YouTube for a viewing of the coke-crazed, deliriously profane comic. The interview provides a unique intro to a text exploring Pryor’s work, his life, and racial identity. You’re unlikely to find a more fascinating 80-page read.

It is certainly fitting that Alan Dean Foster, author of the novelization of A New Hope and famous spin-off novel Splinter of the Mind’s Eye, was chosen to write the novelization of The Force Awakens. The differences between the film and the text have been well-documented — Unkar Plutt follows Rey to Maz Kanata’s place and loses a limb in the process, Finn and Rey steal a snowspeeder — and certainly add to one’s enjoyment of the film itself. While some of the added dialogue is rather silly (“We’ll have a party later,” Han tells the reunited Finn and Rey. “I’ll bring the cake.”), Foster’s Force Awakens is a brisk, entertaining read that stands nicely on its own.

Yes, David Evanier’s Woody: The Biography is yet another tome about the films and personal controversies surrounding Woody Allen. What makes this one stand out is its analysis of Allen’s recent cinematic output a well as the details surrounding the recently resurfaced accusations of Dylan Farrow. In addition, Evanier’s book concludes with a chat — although not an interview — with the man himself. “[Our] conversation encompassed the moral realities of the world we live in: discussion of the Holocaust, discussion of art and the idea of a masterpiece versus frivolity,” the author writes. While we’re left wishing for even more highlights of the one-on-one chat, what’s here is enough to bring the biography to a grand close.

Musicals: The Definitive Illustrated Story is a coffee-table stunner for any lover of Broadway, or the film adaptations that often follow stage success. The sheer scope of this visual extravaganza makes it a major achievement. Starting in 17th century France and stretching all the way to Hamilton (a very appropriate ending), the text is as entertaining as it is educational. And while a Sondheim timeline and breakdown of Julie Taymor’s approach to The Lion King might not be groundbreaking, in the context of Musicals such elements seem remarkably fresh.

The Art of Star Wars: The Force Awakens by Phil Szostak (Abrams Books)

Of all the new Force Awakens-themed literary releases, the one that offers the finest sense of how the film came together is surely The Art of The Force Awakens. In this remarkable text, we witness how young heroes “Kira and Sam” developed into Rey and Finn, how the concept of a “Jedi killer” morphed into Kylo Ren, and what a film featuring more direct involvement from Luke Skywalker may have looked like. The Art also makes clear that the much-debated parallels with A New Hope from a visual and storytelling perspective were always intentional. Did the Starkiller Base design remind you of the Death Star? Of course it did. As art director Kevin Jenkins puts it, “It’s a massive homage.”

Fifteen years after its release, Spike Lee’s Bamboozled remains one of the most complex films of its director’s career. All too often it has been disregarded, so it is high time for a contemplative book like Ashley Clark’s Facing Blackness. Yes, Bamboozled is “hardly fan favorite material,” Clark writes, but also a radical effort that harnesses “blackface imagery in complex and provocative ways.” While she finds the satire “occasionally muddy,” Clark also rightly finds Bamboozled to be a “horror film” that “streaks the screen with unhealed psychic scars.” This is brilliant, essential writing about an unforgettable film.

Movie Mezzanine’s Josh Spiegel shines new light on the Pixar oeuvre in Yesterday Is Forever: Nostalgia and Pixar Animation Studios. Spiegel adroitly makes the case for nostalgia, “the renewable fuel of modern popular culture,” as central to the successes of John Lasseter and company. Perhaps most insightful is his comparison of Disney’s Frozen with Pixar’s underrated Brave. The latter, he writes, is “fully committed to depicting a mother-daughter relationship without any make intrusion,” whereas Frozen is “more concerned with the nebulous concept of romantic, not sisterly, love.”

DK’s Force Awakens Incredible Cross-Sections is the least-essential TFA book of the bunch, but that doesn’t mean it’s not wildly intriguing. The level of detail here — the auxiliary generator in Poe Dameron’s X-wing, the fuel tank in Rey’s speeder, the “relief pilot bunk” in the Millennium Falcon — is staggering. Plus, the artistry of illustrator Kemp Remillard makes every page frame-worthy.

And now for something completely different. The premise of artist Joey Spiotto’s Alien Next Door is simple, smart, and very, very funny: What would our favorite Ripley-battling sci-fi monster look like when going to the beach, bowling, or taking a selfie? Filled with numerous in-jokes any fan of the Alien films will appreciate, Alien Next Door is a face-hugging treat.

Those looking for two gripping novels with links to the world of cinema should check out David Lagercrantz’s The Girl in the Spider’s Web (Alfred A. Knopf) and Jo Nesbo’s Midnight Sun (Alfred A. Knopf). The former is the continuation of Stieg Larsson’s Millennium series and the story of its heroine, Lisbeth Salander. While fans of Larsson’s original trilogy may have been concerned with the idea of another author carrying on the series, it quickly becomes clear that Lagercrantz’s book is respectful and appropriately thrilling. Let’s hope we someday have the chance to see Rooney Mara in a big-screen adaptation of this story involving hacking the N.S.A. And Jo Nesbo, author of The Snowman (finally filming with Michael Fassbender as iconic detective Harry Hole), returns with another chilly crime drama called Midnight Sun. This tale of the former fixer for a Norwegian crime lord is a short (less than 300 pages), fast-moving blast of a novel.

What are you reading? Have you enjoyed the above picks?