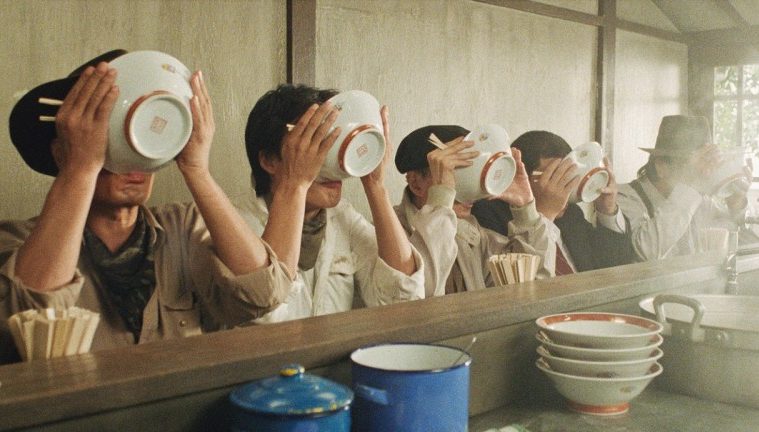 Josef von Sternberg called Anatahan his best film. Borne from more than a decade’s worth of frustration with the studio system, it was, as the last picture he completed, his stamp on his time as a director. Even then, when released in 1953, it was only released in a butchered format, and, as it often goes in such cases, was subsequently abandoned by popular consciousness. But a few times each year, cinephiles (at least ones in major cities) are treated to big-screen resuscitations of long-neglected works. Now, Anatahan has been restored by Kino Lorber to Sternberg’s uncensored version, and it hits Blu-ray this week. – Dan S. (full review)

Damien Chazelle‘s vibrant ode to musicals past, featuring the unstoppable chemistry between stars Ryan Gosling and Emma Stone, has been a shining light for many at the end of a hard year. Exploring the hardships of a creative life, both in paying the bills and fueling the passion, Chazelle pulls from classics (New York, New York comes to mind), while playing with the cynicism of the now. Jazz is dying, film is dying, but, by God, there will be dancing. There will be singing. And there will be wonderfully lensed romantic kisses to composed crescendoes. Maybe we will be all right. – Dan M.

Emerging from the production of The Outsiders, Francis Ford Coppola retained much of the same crew (and some of the same cast) for his back-to-back follow-up Rumble Fish, which follows brothers (Matt Dillon and Mickey Rourke) as they navigate lust, liquor, and longing. After being considered a disappointment amongst audiences and critics, its debut on Criterion is a much-deserved distinction. Featuring a sinewy new 4K restoration in all of its black-and-white glory, Coppola’s atmospheric, often experimental drama may initially catch one off guard with its heightened tone, but it quickly settles into being one of the most impressively emotional films of the director’s career. Highlights amongst the new special features includes an interview with author and co-screenwriter S. E. Hinton, who details her experience in a male-dominated circle of friends, and a fantastic conversation between cinematographer Stephen H. Burum and production designer Dean Tavoularis about the many technological advancements they were a part of. – Jordan R.

As the most basic level, Tampopo can be sold as Rocky with ramen, but the eccentric contours of Jûzô Itami‘s 1985 hit make this more than a simple underdog story. Following a pair of truck drivers (including a young Ken Watanabe) who assist a widow in revitalizing her business and creating the perfect bowl of ramen, there’s also cuisine-centered erotism, gangster drama, spaghetti-eating lessons, a death-inducing final meal, and much more. Excelling both as a film about process and a swirling fantasy about culinary ecstasy, Tampopo is one of the best films about food ever made, perhaps even besting another Criterion release, Babette’s Feast. Along with the new mouthwatering 4K restoration, there’s a wealth of new interviews with those involved, as well as a Tony Zhou and Taylor Ramos video essay, and a 1986 documentary on the making of the film narrated by Itami.  – Jordan R.