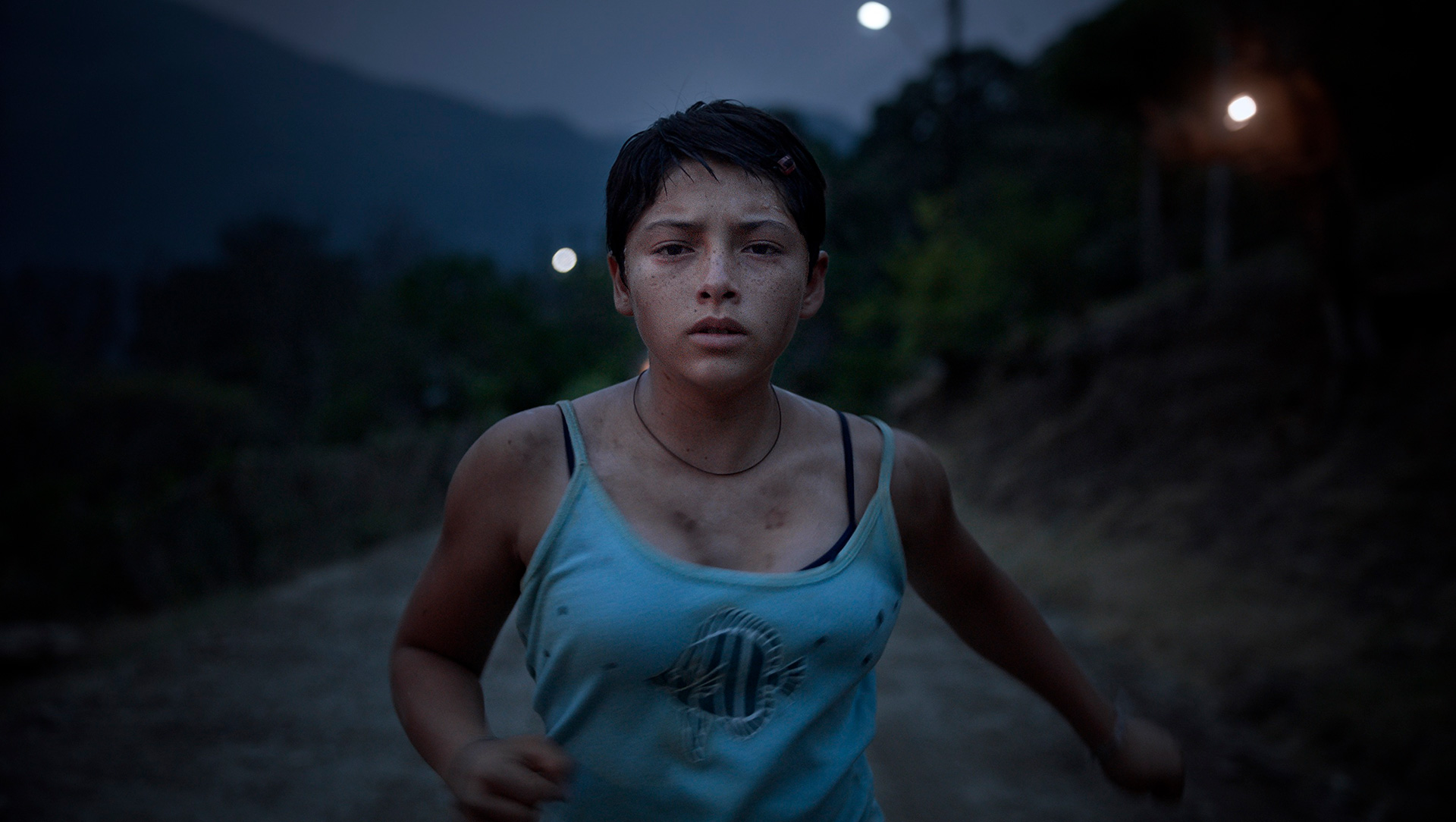 Everything that happens in the small town at the center of documentarian Tatiana Huezo’s fiction debut Prayers for the Stolen runs through the Mexican drug cartel. The men have all but left to find work elsewhere, sending money to pay off collectors. The women work in the poppy fields, scratching opium bulbs to pay bills and earn a semblance of “protection” by being useful to the cause. And the soldiers stationed there act tough with guns as a superficial deterrent while cowering down in hopes of not getting shot whenever caravans of gangsters drive through. None of it truly matters, though. The cartel still comes at night to drop dead bodies and steal away young girls simply because they can. Everyone fears they’ll be next.

Based on the novel by Jennifer Clement, Huezo’s film focuses on young Ana’s (Ana Cristina Ordóñez as a pre-teen and González Marya Membreño as a teen) plight while caught in the middle. The adults pretend for her sake that there’s no reason to worry (boyish haircuts are for “lice,” underground hiding spots are “normal,” disappeared people leave everything behind because they “might come back,” etc.), but she and her best friends Paula (Camila Gaal / Alejandra Camacho) and Maria (Blanca Itzel Pérez / Giselle Barrera Sánchez) glean certain truths regardless. How can they not when friends go missing and teachers run away to be replaced by others if the school even reopens the next year at all? They’re being asked to blindly follow rules without fully understanding why.

This is an important detail since outsiders catching a glimpse of impoverished rural living leveraged by criminal activity is only half the point. The main theme is how new generations are ultimately raised within those harrowing circumstances as though nothing is amiss. How could they know better when the lack of educators due to extortion and safety issues makes it so there’s only one classroom for multiple age groups? The best these mothers can therefore do is train their daughters to hide when told, but even that is difficult when you can’t also instill the danger level that leads to such drastic measures. Why not use a girl being kidnapped as a cautionary tale instead of lying that she moved away? Because the psychological toll becomes too high.

Structuring the film from Ana’s perspective gives us a front row seat into the horrors surrounding this town. While her brain processes the things she sees through the mind of a child during the first half of the runtime, we know better. When Maria’s brother forces Ana to accidentally spill the milk her mother (Mayra Batalla’s Rita) tasked her to bring home, she goes to where she can procure more only to find the woman there crying and screaming her daughter’s name. Ana is confused and scared, but mostly because of knowing she’ll be returning empty-handed. That her mother doesn’t punish her is thus a strange thing to reconcile because all she knows is the milk. We conversely understand that something much more precious was lost.

There are so many of these little moments steeped in duality that prove profound when weighed against the overall circumstances of these people. The scene where Ana and Paula are crying because they don’t want to get their hair cut is powerful because of everything happening between the lines. Not only do we see the abject terror on their mothers’ faces as they talk about it being normal for girls their age to wear short hair for hygiene, but there’s also the frustration on the kids’ faces when Maria is allowed to leave without the same fate. They think they’re being disciplined while their friend isn’t when reality is much more unfortunate. Maria’s mother isn’t worried her daughter will be taken because she has a cleft palate.

Suddenly you’re seeing what it is these parents must think about and just how deep their fear goes. They don’t believe outsiders will help, so they remain quiet when asked what happened during the latest tragedy. They all gather on a hill with their cellphones out, praying to get enough reception to contact their husbands and families that they count on to keep the cartel off their backs where “taxes” are concerned. And the way they tell their children to be quiet so they can hear what’s happening in the distance is heartbreaking. The latter appears like a game to guess whose field a cow or owl resides, but it’s really an exercise in keeping ears open to hear the cartel’s SUVs on the road or distant gunshots.

To flashforward a few years and see Ana and her friends a little bit older only has us holding our breath more because of how that time inevitably breeds complacency and rebellion with additional hormones and desires. Mothers yelling at them isn’t enough anymore when they want to have fun, get dressed up, and wear make-up. New possibilities arriving in the form of increased healthcare and doctors is simultaneously a positive because of the lives it will save and a negative because of the potential it brings. Look at the ability to repair Maria’s mouth as an example. Will it help her self-esteem and standard of living? Of course. It also unfortunately puts her life in greater danger without the experience Ana and Paula have learned to survive.

Ana begins to flirt with Maria’s brother (José Estrada’s Margarito). Paula has a crush on their new teacher Mr. Leonardo (Memo Villegas). And that pair alongside Maria start to stay out later and go places where they can be seen as young women rather than shy kids passing as boys. The stakes are therefore raised exponentially as we await the fallout we know must be coming. Huezo effectively keeps the film a slice of life drama in a way that guarantees personal nightmare simply because it has thus far eluded them. Will it arrive via pesticides dropped by helicopters upon the town’s residents, the murder of a parent protecting their child from harm at gunpoint, or one of the girls not hiding quick enough? Escape is rarely unscathed.

Prayers for the Stolen hits limited release and Netflix on November 17.