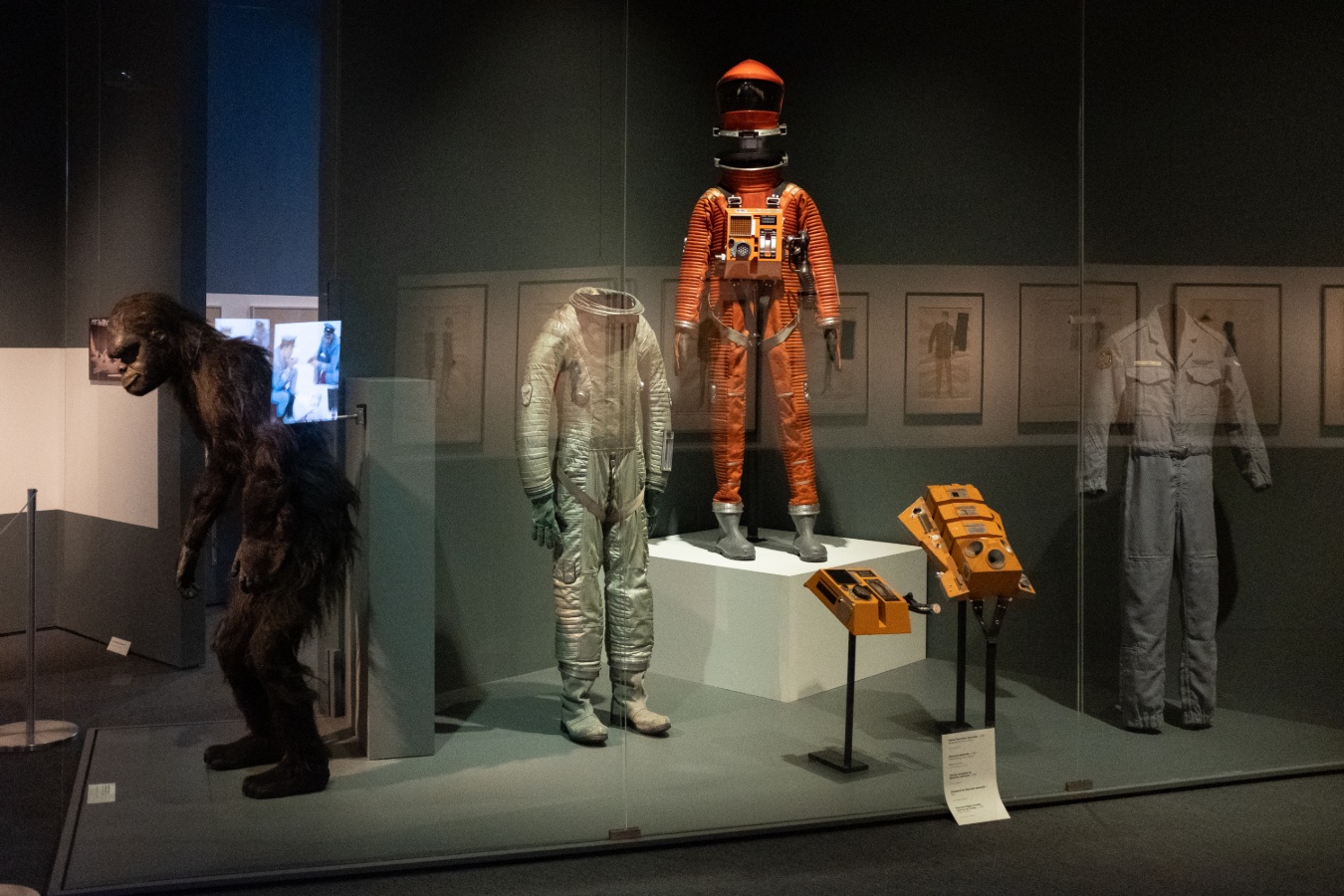 Update: With the Museum of the Moving Image now reopened, they’ve extended the exhibit through September 26, 2021. Learn more here.

Over half-a-century since its release, Stanley Kubrick’s 2001: A Space Odyssey has astounded, confounded, and influenced generations of filmgoers, directors, and the world in general with its prescient depiction of the future. A new exhibition, Envisioning 2001: Stanley Kubrick’s Space Odyssey, has now touched down in New York City at the Museum of the Moving Image in Queens following its debut at Deutsches Filminstitut & Filmmuseum in Frankfurt am Main in 2018, and it’s an essential visit for those interested in getting am in-depth behind-the-scenes look at the making of a masterpiece.

Featuring original artifacts from international collections and from the Stanley Kubrick Archive at the University of the Arts London, as well as from the Museum’s own collection, the exhibition includes original costumes, notably a Dawn of Man ape suit and a space suit from the Clavius Base scenes, as well as concept sketches from Douglas Trumbull, along with storyboards, contact sheets, test films, behind-the-scenes photographs, original posters, letters from Saul Bass and Richard Lester after seeing the film, the sole Oscar it won (for visual effects) and much, much more.

Check out our photo gallery below during a press preview earlier this week, where Kubrick’s stepdaughter Katharina Kubrick held a discussion, and note that these are in progress as some final touches are being made ahead of an official launch this Saturday.

This glorious exhibition isn’t the only way that MoMI is celebrating Kubrick’s landmark sci-fi feature, either. They’ll be screening the film monthly in 70mm with special guests, as well as weekly matinee screenings in digital. Through February 2, there’s also a series showcasing Kubrick’s influences, including Forbidden Planet, The Earrings of Madame De…, The Day The Earth Stood Still, and more. Following that series, from February 7-April 19, one can head to space with their See It Big! Outer Space series, featuring Ad Astra, Solaris, Alien, The Right Stuff, Interstellar, and more. One can also catch Contact, High Life, and more in their ongoing series Science on Screen.