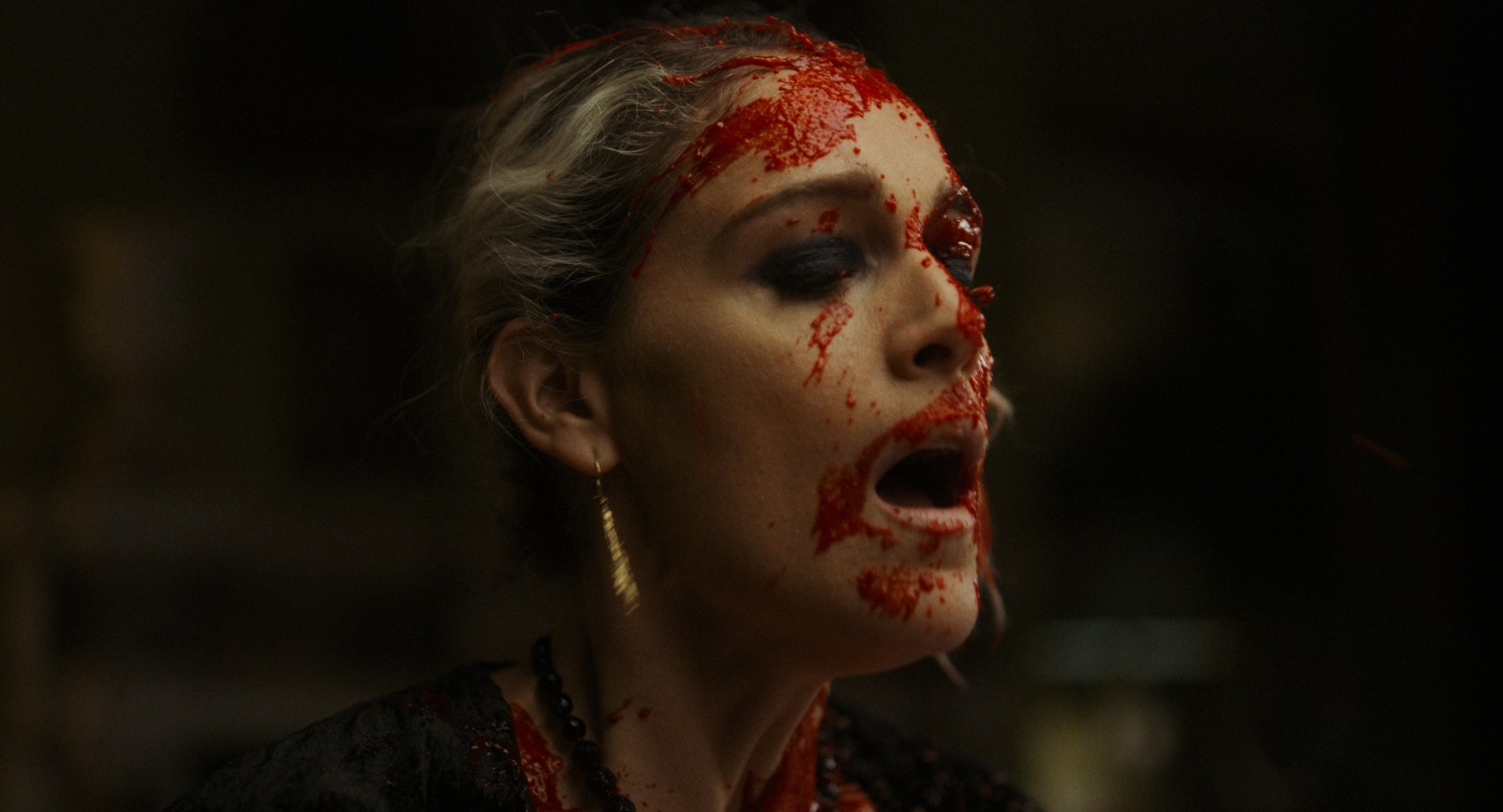 It took more than one read of the official synopsis for Flux Gourmet to connect its many parts, and so it goes that a first trailer for Peter Strickland’s latest—some three-and-a-half years since In Fabric—shows a lot and gives little. Safe to say, whatever the case, that it all seems like the auteur in excess: off-center concept with mechanical fetishization to match and a lingering threat of violence.

Ahead of its Berlin premiere and a confirmed summer release from IFC, we have a first trailer that should whet the appetite while instilling shock that Asa Butterfield, at some point, became an adult. Look for our review out of Berlin this month—not a lot promises to jolt us in the same way.

A sonic collective who can’t decide on a name takes up a residency at an institute devoted to culinary and alimentary performance. The members Elle di Elle, Billy Rubin and Lamina Propria are caught up in their own power struggles, only their dysfunctional dynamic is furthermore exacerbated when they have to answer to the institute’s head, Jan Stevens. With the various rivalries unfolding, Stones, the Institute’s ‘dossierge’ has to privately endure increasingly fraught stomach problems whilst documenting the collective’s activities. Upon hearing of Stones’s visits to the gastroenterologist, Dr Glock, Elle coerces him into her performances in a desperate bid for authenticity. The reluctant Stones puts up with the collective’s plans to use his condition for their art whilst Jan Stevens goes to war with Elle over creative differences.