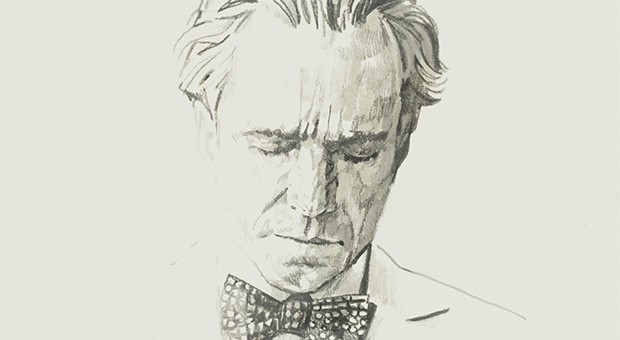 Although there’s still a few weeks ago until release, the embargo has officially ended for Phantom Thread, so our review is up and I’m allowed to tell you it’s one of Paul Thomas Anderson’s best films; deeply engrossing and playful as it seamlessly weaves between romantic, unsettling, funny, and back again. There’s a mastery of transitions that has a way of making the entire film feel like one intoxicating scene. Daniel Day-Lewis also outdoes his There Will Be Blood performance, embodying a character with more depth and complex tenderness. Vicky Krieps might even be better as she goes toe-to-toe with him. You’ll want to see it again immediately after, and a second viewing is incredibly rewarding, as I imagine the many after will be as well.

In anticipation of the release, today we’re pleased to present a selection of alternate posters created by Midnight Marauder & Tony Stella. While the official posters have done a commendable job at introducing the dynamic between our leads, these venture into more artistic and impressionistic territory, which is quite fitting for the visual touch PTA employs in his luminous, shape-shifting film. See all the posters below and for more work by the artists, check out their official sites.

As a bonus, based on the sheet music Jonny Greenwood shared, here’s a taste of the score, courtesy of Sebastian Schwittay:

Phantom Thread opens on December 25 and expands in January.