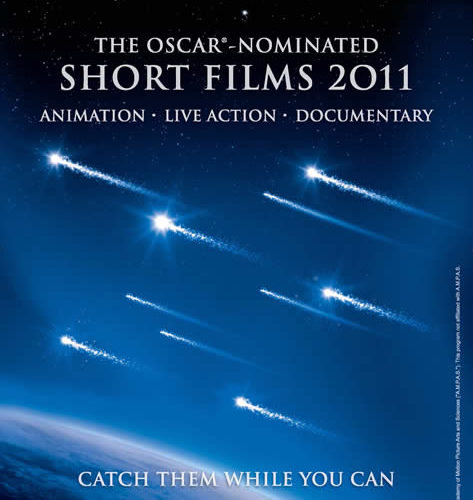 Ever apparent in this year’s Oscar Nominated Live Action Shorts selections is that the dominant force in filmmaking (Hollywood) and various governmental entities in the United States have not been providing the structure for young filmmakers to practice and advance their craft. The United States is represented by God of Love, a strong short that I doubt is the best American short film of the year. To be fair, I disclose this list doesn’t represent just new filmmakers; many professional filmmakers receive grants to make short films, particularly in the UK. Perhaps this is why they have two films nominated this year.

Amongst the others are films from Ireland, Belgium (set in Burundi) and the United States. Missing from the equation are the consistently strong shorts from Canada (which are asymmetrically on display at TIFF’s various Short Cuts Canada programs – perhaps with too much support they fall through the many filters that these five have to pass through). Strangely there are themes of Catholic and Jewish guilt passing through at least four of these films. Is it possible to make “Oscar bait” here? The problem with that notion is that each of these had had to jump through many hoops to get here, including winning awards at designated “Oscar qualifying” festivals. The Confession (Tanel Toom, UK) – a chilling, psychological thriller about two friends on the eve of their first confession, it leaves a few unanswered questions but is a visceral and exciting experience.

Wish 143 (Ian Barnes, UK) – a sweet human comedy about a 16-year old man dying of an ever growing cancerous tumor – he’s granted one wish and that’s to lose his virginity. The film is profound and understated, observing a relationship between the man and his best friend, a rouge priest.

Na Wewe (Ivan Godschmidt, Belgium) – set in Burundi in 1994, a caravan of citizens finds itself in a long conflict between the Hutus and the Tutsis and the film sets to prove the absurdity of genocide partly on a continent that has been colonized for hundreds of years: it all really comes down to self-definition. At least they all can agree on the power of U2. The Crush (Michael Creagh, Ireland) – a dark comedy about an 8-year old boy and his crush on his second-class schoolteacher who is engaged to a generic d-bag. He sets out to teach the d-bag a lesson with a hilarious conclusion.

God of Love (Luke Matheny, USA) – a lounge singer is sent a box of “love darts” which allow him to play match maker for 6-hours. It doesn’t quite work out for him on a personal level, but he accepts his responsibility. Shot in crisp black and white, it works on a few levels but lacks a certain originality.

Any of these films can easily be extended into feature films, however at their running times, which range from 18-24 minutes, they work as a study in simplicity and brevity – they’ve been distilled to their simplest forms. Good filmmakers know it’s not what you add but it’s what you reduce that yields an interesting emotional experience. This years crop, in the wake of last year’s disappointing bunch, are pretty much universally excellent, with my pick for best live action short the sweet and funny Wish 143.

The Academy will announce the winner on February 27th.