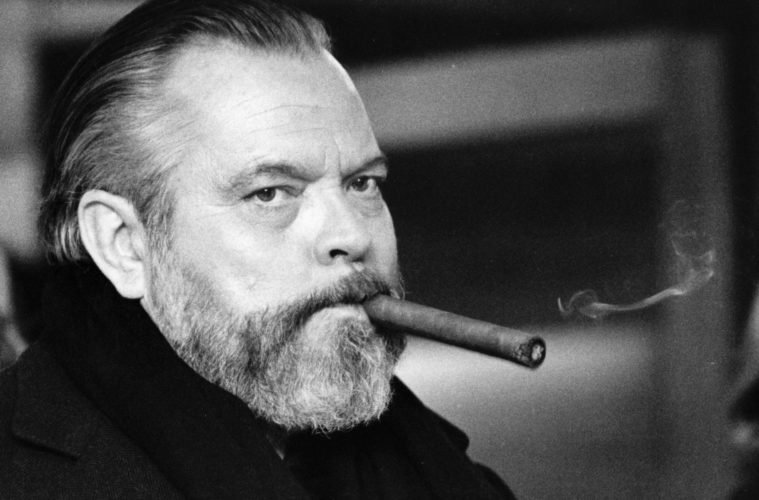 It isn’t quite like finding that missing hour of The Magnificent Ambersons, but this will do just fine. The New York Times report that Royal Road Entertainment have helped settle long-standing disputes over the rights to Orson Welles‘ unseen final film, The Other Side of the Wind, which several parties have attempted to mint for years — the most recent notice having come in early 2011, that news mostly centering on Welles protégé Peter Bogdanovich. (That it’s been so long since and that this, though failed, was as close as we’ve come to seeing it should help explain the significance of this news.) Those attempts may finally pay off: he and Frank Marshall, one of the picture’s line producers, are planning to stitch 45 minutes of Welles’ complete footage with a wealth of existing material, their efforts mostly supported by notes the director had left behind.

Quotes from involved parties make clear that this particular effort is an ode to Welles as much as anything else. According to Marshall, “everybody realizes that the longer we wait the less people will be around to know Orson’s wishes,” these same parties “[recognizing] that it’s the last chance.” It’s fitting, then, that plans call for the final result to be exhibited on May 6, Welles’ centennial. Those of us who won’t be able to attend that screening can hold out hope: Royal Road are bringing Wind-related materials to next month’s American Film Market. God willing, someone will acquire the material and make it readily available.

The film, shot over the course of several years, concerns Jake Hannaford (John Huston), a director whose final days we follow on account of materials accrued, as a narrator tells us, “from many sources — from all that footage shot by the TV and documentary film-makers — and also the students, critics and young directors who happened to bring sixteen and eight millimeter cameras to his birthday party.” As shot in a guerrilla style, it employs “color and black and white and in 35 millimeter, 16 millimeter and Super 8 formats” while also cutting between central action and Wind‘s film within a film.

That Bogdanovich, Marshall, and whatever other members of its post-production team (including a composer; no score was ever completed) have to assemble something coherent and cohesive from hours of footage — all while living up to some considerable expectations — amounts to what, frankly, is the sort of responsibility I’m glad not to have. Understandable as that personal desire may be, I think it goes without saying that what we’re looking at is major beyond major — four decades after its final frames were filmed, potentially the great cinematic event of 2015.

Are you hoping to see The Other Side of the Wind?