Once Upon a River Review: A Native American Teen Faces Injustices in Empathetic Tale 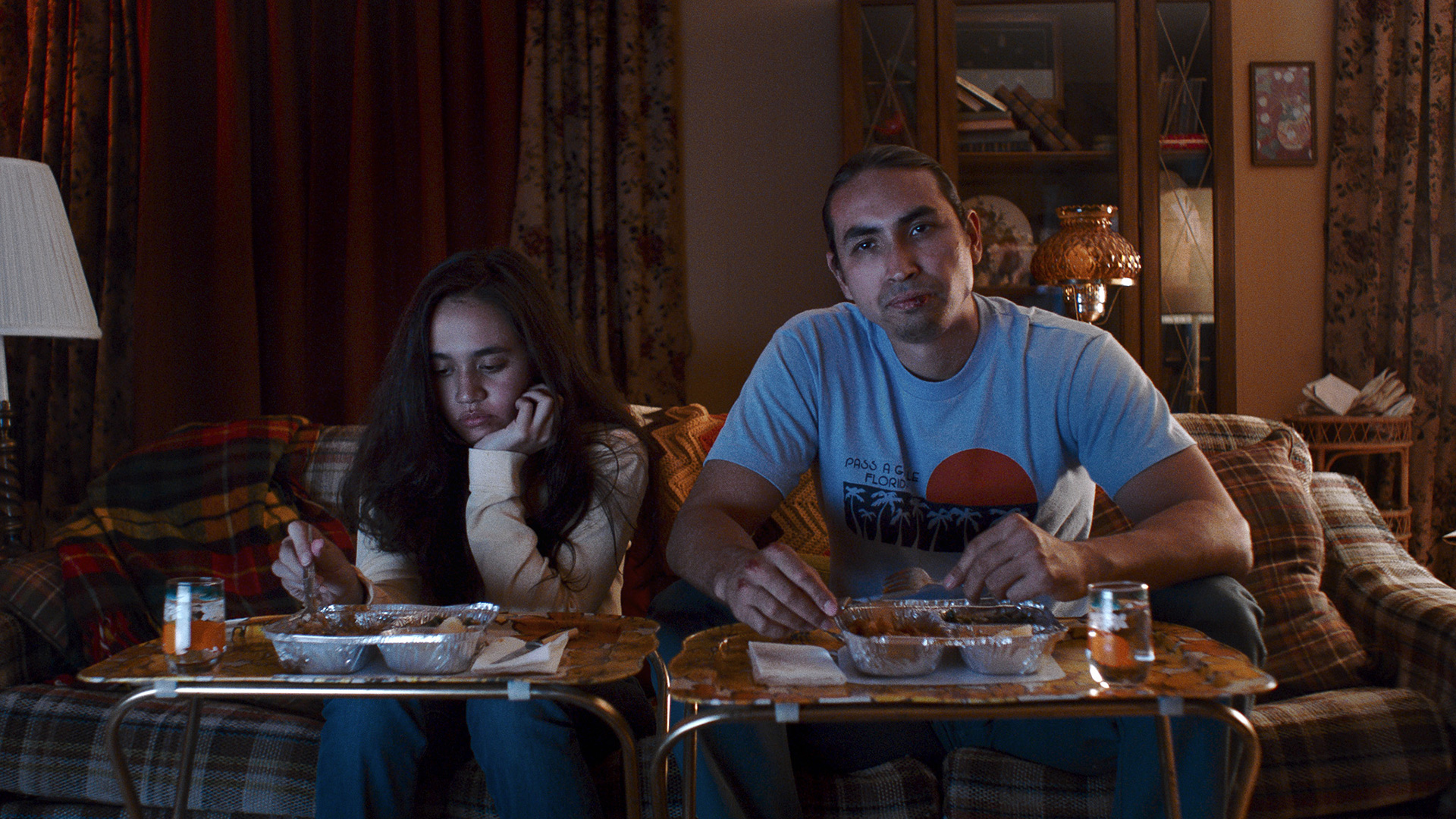 Native American teen Margo Crane (Kenadi DelaCerna) has never been able to choose her own path through life. She and her father Bernard (Tatanka Means) live on the land of his white half-brother Cal Murray (Coburn Goss) who also owns the industrial plant that more or less keeps their Michigan town afloat. She learned to hunt and fish as a means of survival after her Mom (Lindsay Pulsipher’s Luanne) left them one night saying the Stark River valley would kill her if she didn’t escape it. So now Margo must follow her freshly sober father’s vital rules as she’s racially abused by her cousins and comforted by her uncle—a dynamic that barely masks upcoming trauma to inevitably place her in the same shoes as her estranged mother.

This is where we meet Margo at the start of Haroula Rose’s Once Upon a River, adapted from Bonnie Jo Campbell’s best-selling novel of the same name. She’s a bit rebellious and a lot restless as her station is made clearer with each passing day thanks to the constant reminder that shared blood will never truly make her a Murray. Being an expert with the rifle makes her a liability with Bernard since she uses it outside hunting season; renders her bully of a cousin Billy (Sam Straley) jealous on top of his already cripplingly lack of self-worth due to being saddled by a last name providing as much privilege as pressure considering the secrets he knows about his father; and positions her as a prize for Cal.

Tragedy strikes once and no one seems to bat an eye. It strikes twice and suddenly she and her father are looked upon as villains simply because of the color of their skin and the emptiness of their wallets. Margo goes from a seemingly secure life circa 1977 that’s dictated by countless factors outside of her control to one that ostensibly places her on the run—from her guilt, her complicity, and the ways in which those who were supposed to protect her exploited her instead. The river that supposedly pushed her mother away therefore becomes her only avenue towards healing. She packs a backpack, climbs aboard the boat Grandpa Murray gave her, and heads down the water in search of Luanne, answers, understanding, and perhaps even rebirth.

It’s the story of a young woman coming of age against the backdrop of both the injustices of her family and country. The former is overtly portrayed by the events that lead Margo to run, but the latter is never far behind despite its more subtle inclusion. When the indigenous schoolteacher she hitches a ride with (Ajuawak Kapashesit’s Will) says the water is polluted and that the Europeans who stole their land never intended for them to survive, his words merge the Murrays (the water’s polluter) and white America (the invaders who continue to disrespect the land they stole) as one. Only once Margo is outside the clutches of a tyranny that she didn’t realize bound her can she begin exorcizing demons to discover herself removed from it.

She travels that river meeting new friends (Will), confronting old enemies (Billy), and finding outsiders like her (John Ashton’s Smoke and Kenn E. Head’s Fishbone) with whom to create a family in her image as someone of two worlds. Margo receives comfort in compassionate arms to counter the suffering endured by those from her past that only wanted to take. She’ll listen as Smoke angrily declares freedom is lost in America after government officials say his Emphysema-riddled body must bring his trailer up to code or face eviction and we’ll catch the irony of a white man telling a native woman about his “rights” being trampled upon (Fishbone says Smoke wishes he were Black to have real issues to complain about). Kindred spirits help her feel at home.

This is an important point since she never felt that way beside the Murrays. It’s important too because she now has knowledge of what home feels like for when she does eventually find Luanne only to realize such a reunion might be less about forgiveness and more about earning her own voice in whether or not they stay a part of each other’s lives. It was her departure (justified or not) that made Margo and Bernard who they became. Now it’s Margo’s turn to choose that identity herself. It’s her turn to decide whether or not to remain or leave—not European settlers, not her parents, not her abusers. It might not be easy or conventional, but it will be hers. And it will be beautiful.

It must be—at the very least emotionally and psychologically. It’s what she seeks and what she deserves just like it was for her mother. We can read between the lines of what really drove Luanne away and can accept that where she ran is now her home. There’s some crucial complexity to this fact that I don’t think enough stories of this ilk touch upon. She’s not a villain in Margo’s life and Margo isn’t one in hers. They are both victims and survivors who did what was necessary to find happiness despite it only coming through flight. Add Smoke to that list too as a dying man desperate to go out on his own terms. Little proves more powerful than autonomy or braver than securing it.

There’s resonance in that sentiment regardless of the means by which you’re being oppressed. Nothing is more universal than mankind’s potential to be hurt and marginalized since those doing both will likely find themselves on the receiving end before long too. Rose acknowledges this empathy at the back of Campbell’s story and ensures that it takes center stage despite the inescapable horrors that we see lodged within Pulsipher, Ashton, and DelaCerna’s eyes. Because with tragedy also comes hope. It was hope that gave Luanne the strength to leave. Hope let Smoke find enough purpose for one more sunrise. And hope supplied Margo the chance to build her life outside the shadow of all those things that dared to place ownership upon her. Hope literally keeps us alive.

Once Upon a River opens in virtual cinemas starting October 2.