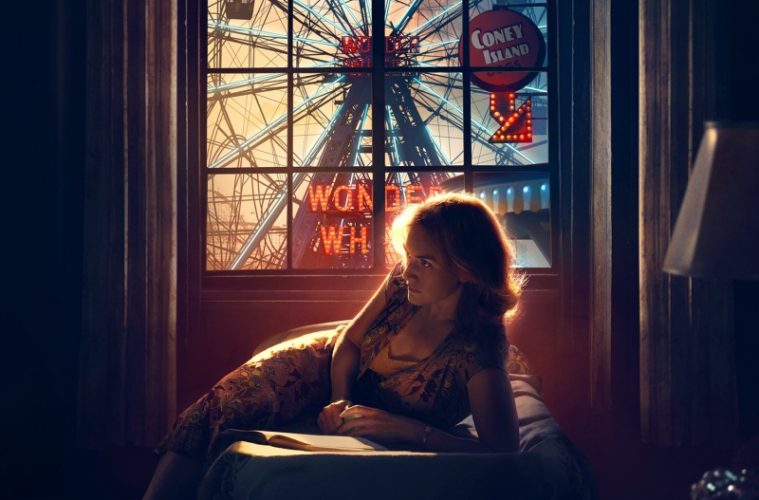 NYFF Review: ‘Wonder Wheel’ is a Gorgeous Ride with an Empty Center

Feeling like a poor stage-to-screen adaptation in the lineage of Rent or The Producers — just without catchy songs to redeem it — Wonder Wheel is an undercooked offering from Woody Allen. Justin Timberlake plays Mickey Rubin, a fit lifeguard in a one-piece bathing suit. As is painfully clear in the opening scenes, if you’re going to cast one of the biggest pop stars in the world, at least use him for what he’s good at.

Timberlake begins the film with narration about his time at NYU and burgeoning writing career. He does his best Allen impression, over-enunciating every word, but the character isn’t your typical, neurotic Allen surrogate. Allen instead writes the neurosis into Ginny, Kate Winslet’s character, a desperate housewife who is cheating on her husband, Humpty (Jim Belushi), with Mickey. Lacking the neurotic charm that made Jesse Eisenberg’s Cafe Society turn so endearing, Timberlake struggles with delivery here, resting solely on his pretty-boy charms.

Wonder Wheel‘s characters, like those in Inside Llewyn Davis — where the Coens knew Timberlake’s strengths and put them to good use — have a glow around them. Cinematographer Vittorio Storaro uses bright colors and shadows to visually narrate the story in a welcome picturesque distraction from an otherwise ploddingly dull story that over-emphasizes exposition. But even Storaro’s mastery of Coney Island’s ’50s landscape doesn’t make up for the slack narrative and over-acting. Winslet and Timberlake’s eyes look placid in close-ups, but why? The lighting and colors are perfectly dreamy otherwise. Their creepily flat eyes are visual synecdoches for the entire film, whose production design has a veneer of stage-show fraudulence. Perhaps it’s a comment on the dream world Ginny occupies, but everything outside her apartment window looks straight out of a virtual reality experience.

Wonder Wheel spends most of its time talking about events that occurred offscreen some years ago. Juno Temple’s Carolina, Humpty’s daughter, is being hunted by her gangster husband, Frank, which we never see. Humpty is said to be an abusive, recovering alcoholic. We see him threaten Ginny toward the end of the film, but, outside of Belushi’s imposing figure, it’s just talked about.

People rarely say what’s on their minds, but these characters can’t stop. After a few scenes that clearly show Ginny’s jealousy regarding the attention Carolina receives from Mickey, she tells him, “I’ve become consumed with jealousy!” We know, and you’re overselling it. The love triangle between Ginny-Mickey-Carolina feels artificial when the first act is about Carolina dropping into Ginny and Humpty’s lives after a five-year absence. It’s implied she married Frank at the behest of her father and he disowned her for it. Instead of providing any backstory that would lend depth and believability, viewers are treated to endless exposition that sounds like, “This happened, and that happened — and, yeah, that happened, too!”

Wonder Wheel’s reliance on such tactics makes the story better-suited for stage than screen. If Allen were Godard, I’m sure there would be many theories to explain him compiling discordant texts to tell a moral lesson about a boy and a girl (and a gun), but this isn’t the case. Allen is doing his best Eugene O’Neill via his own dreamy romanticism, and it simply doesn’t work from the get-go. Had Allen tried something akin to Godard’s King Lear with this story, viewers might get more from Wonder Wheel than a gorgeous visual palette with an empty center.

Wonder Wheel premiered at the New York Film Festival and opens on December 1.