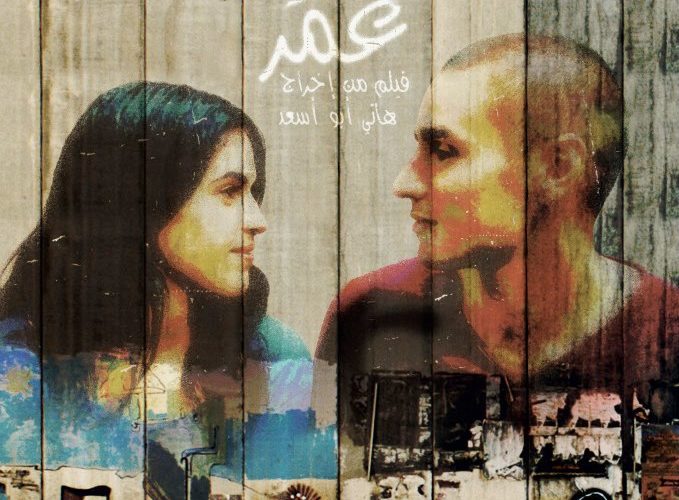 Omar, the latest from Paradise Now helmer Hany Abu-Assad, is quick to establish its own take. Following several close calls on the Israeli side of the West Bank (the titular character lives on one side, his friends on the other) and a brutal scene in which Omar (Adam Bakri) is tortured, one would find it impossible to side or sympathize with Israel. And while, thankfully, Omar is entirely devoid of long-winded speeches about how one side of the conflict is especially oppressive, unfair, or wrong, that doesn’t prevent the film in question from sticking out as an obvious political thriller which consistently, insistently attempts to steer us in a particular direction. With a couple third-act twists up its sleeve, Omar is, at least, almost saved from political simplicity, leaving space to be read as a tale of how paranoia and mistrust beget violence. The key word is “almost,” for its ending could just as well be seen as an act of justice making up for all the misdeeds done before. Omar‘s first two-thirds have such a clear stance that it becomes impossible to simply ignore, and what it aims to say — that Palestine is in the right and Israel is in the wrong —  is taken as a given sans any reasonable explanation. A more sympathetic reading of Abu-Assad’s picture is not only fruitless for the majority of its running time, but would additionally fail to provoke any urgent questions or provide anything but simplistic answers. For such an overtly political film, Omar struggles to truly say anything.

But for all of its political simplicity, Omar’s biggest shortcoming is right on the surface. Its first two acts are precisely the same: Omar partakes in a crime that ends with his capture and quick release, but this is in return for becoming a double-agent for the Shin Bet (the first being caused by an embarrassingly predictable “confession”). As these events repeat, even the characters fail to grow: Omar is still a righteous, determined man, as well as a loving partner to Nadia (Leem Lubany), the sister of Omar’s friend and co-conspirator, Tarek (Iyad Hoorani); Tarek is a leader who holds true to convictions, even in the worst moments; and Nadia is forgiving, patient, and always trying to help. The only protagonist with any complexity — that is to say, before the film’s final half-hour rolls around — is Tarek. Things are eventually complicated by another friend’s love for Nadia, double-agents being revealed, and a major mistake through which Omar’s search for righteousness becomes a surprisingly potent story. This hits a bit too late to outright save Omar, though it’s enough to perk up proceedings and give something to chew on for the duration. Paranoia becomes rampant and lies are brought to the surface, the consequences of each in dire times challenging the humanity of even the best people. What keeps Omar from falling flat, entirely, is the charisma of its cast, as Bakri, Hoorani, and Lubany all giving proceedings an immediate pull that’s hard to escape. Abu-Assad provides each a multitude of close-ups, for which they are all more than ready, though it’s the brief torture and prison section that truly displays his directorial chops; the black background and single harsh light make for an effectively simple, unshakably appropriate aesthetic in displaying the unflinching torture. That notwithstanding, the rest of the picture is shot in a conventional manner which rarely exceeds mere proficiency. Chase scenes are mildly thrilling and a few shots catch the city in an impressive light, but, by and large, Omar is far from stimulating as a cinematic exertion.

Those momentary glimpses of potential, be it a well-directed scene or a twist that serves to complicate theme instead of just surprising viewers, are not enough to compensate for Omar’s primitive non-politics and repetitive structure. To even call this a “political film” is giving the thing too much credit; it’s a touch above most quickly-forgotten thrillers, yet one could just as well argue Abu-Assad’s film primarily sticks in the memory for its more detrimental qualities.

Omar is screening at NYFF and has been picked up by Adopt Films for U.S. distribution. Watch the trailer above.