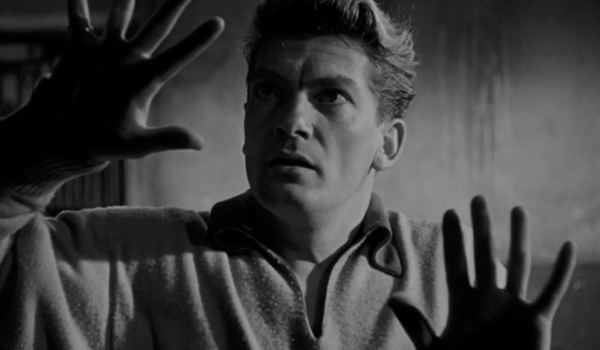 Make it a Jean Cocteau weekend: The Blood of a Poet and Orpheus screen on Friday, the former also showing on Saturday and the latter on Sunday. Beauty and the Beast also shows on those days.

A Jia Zhangke retrospective comes to an end. If you’ve not yet seen Mountains May Depart, take note: it screens on Saturday along with Still Life, which also shows this Sunday with A Touch of Sin.

A restoration of Pasolini‘s Notes Towards an African Orestes plays this Sunday, as do the James M. Cain adaptations Double Indemnity, Mildred Pierce, and Visconti‘s Ossessione.

The Straub-Huillet retro continues, including Pedro Costa‘s Where Does Your Hidden Smile Lie?

Don’t sleep on “Universal Pictures: Restorations and Rediscoveries, 1928–1937,” which includes films from James Whale and John M. Stahl, among others.

Carol Reed‘s noir trilogy of Odd Man Out, The Third Man, and The Fallen Idol play this Sunday. All but the last title are on 35mm.

“Mad Max Weekend” is precisely what it sounds like. Fury Road plays on Friday and Sunday; Mad Max and The Road Warrior screen on Saturday, and the final day also offers Beyond Thunderdome.

Shaun of the Dead and a print of Ralph Bakshi‘s Wizards play at midnight on Friday and Saturday.

Children of Men plays before noon on Saturday and Sunday.

The Godfather plays before noon all weekend.

Aliens, Jaws, Purple Rain, and The Shining have midnight showings.

Akira has midnight showings this Friday and Saturday.