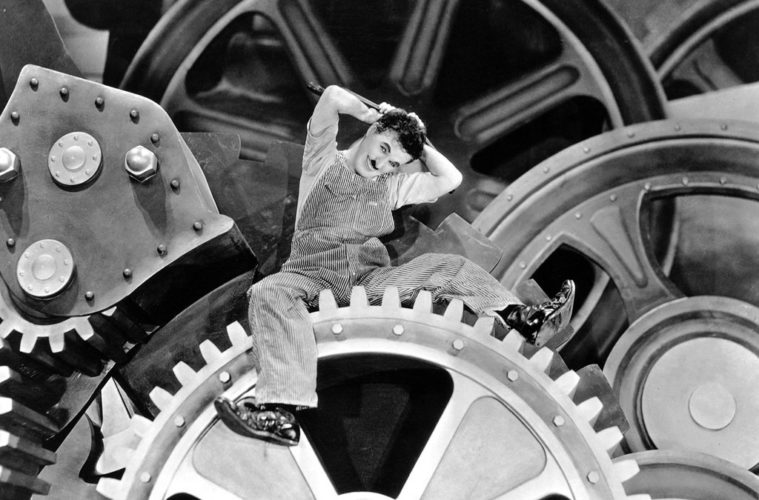 Three of Charlie Chaplin‘s most-beloved features screen this weekend, all on 35mm. City Lights begins the lineup on Friday (8/9), followed by Modern Times this Saturday (8/10), concluding with a Sunday (8/11) presentation of The Great Dictator.

Once again running a repertory schedule unlike anyone else in New York City, Anthology plan to screen the likes of Alexandr Dovzhenko, Marcel Carné, Carl Theodor Dreyer, and Béla Tarr, all on 35mm.

“Fasten Your Seatbelts” pays tribute to the storied history of 20th Century Fox. To begin, Michael Mann‘s The Last of the Mohicans will, in its director’s cut, be showing Friday evening (8/9), followed by Scream and Scream Again at midnight. A 35mm presentation of Robert Altman‘s 3 Women would be the highlight of Saturday (8/10), a date also occupied by On the Town, The Boston Strangler, and Valley of the Dolls. Otto Preminger‘s Laura; The Grapes of Wrath; Hush… Hush, Sweet Charlotte; and Blood and Sand appears this Sunday (8/11). An essential series — “Son of Summer Sci-Fi, Fantasy & Horror” — begins with Close Encounters of the Third Kind and Evil Dead II, both of which play Friday and Saturday (8/9, 8/10) on 35mm. Sunday, catch a 2-for-1 double feature with ’60s sci-fi Planet of the Apes and Fantastic Voyage.

If that’s not to your liking, one is sure to make a good choice with the continuing run of Intolerance.

A print of Wong Kar-wai‘s debut, As Tears Go By, can be seen Friday, while the director will appear in-person to introduce his newest film, The Grandmaster, on Saturday. One of Richard Linklater‘s best films, Dazed and Confused, comes to IFC for midnight engagements this Friday and Saturday (8/9, 8/10).

The classic Japanese horror picture / ???, Hausu, will play those same nights and times.

Some 13 hours earlier — a Sunday (8/11) screening included — The Outlaw Josey Wales is available for your viewing pleasure.

“I Heart New York Horror” continues with the midnight showing of Lucio Fulci‘s Zombie this Friday and Saturday (8/9, 8/10).

It’s an enticing offer, but one you’ll really have to consider when, concurrently, John Carpenter‘s debut, Dark Star, plays with a live score by Black Lodge.