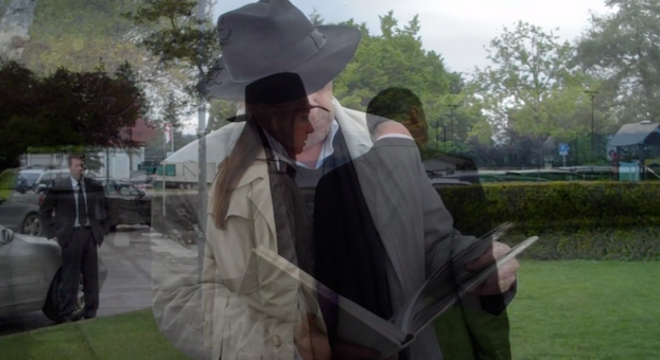 “3D in the 21st Century,” an extensive view of the controversial format, begins this weekend with Step Up 3D and Justin Bieber: Never Say Never (the latter paired with Joule). Avatar can be seen this Saturday, while Goodbye to Language (paired with the experimental Chromatic Frenzy) and Cave of Forgotten Dreams (paired with Aurora Borealis) play on Sunday.

A 70mm print of The Sound of Music can be seen on Saturday.

The extended editions of The Fellowship of the Ring and The Two Towers play on Friday and Sunday, respectively.

Before Saint Laurent arrives, be sure to catch more films in the Bertrand Bonello retrospective.

A print of Fulci‘s The House by the Cemetery comes around for midnight showings this Friday and Saturday, as does The Big Lebowski, for which Saturday tickets are only available.

Red Dawn and Three Amigos play with brunch on Saturday and Sunday.

The Young Girls of Rochefort screens before noon.

The Shining, Moulin Rouge!, and Sesame Street Presents: Follow That Bird are this weekend’s midnight selections.

The restoration of Forbidden Games continues its run.

Two programs featuring the work of Joseph Cornell are offered on Saturday.