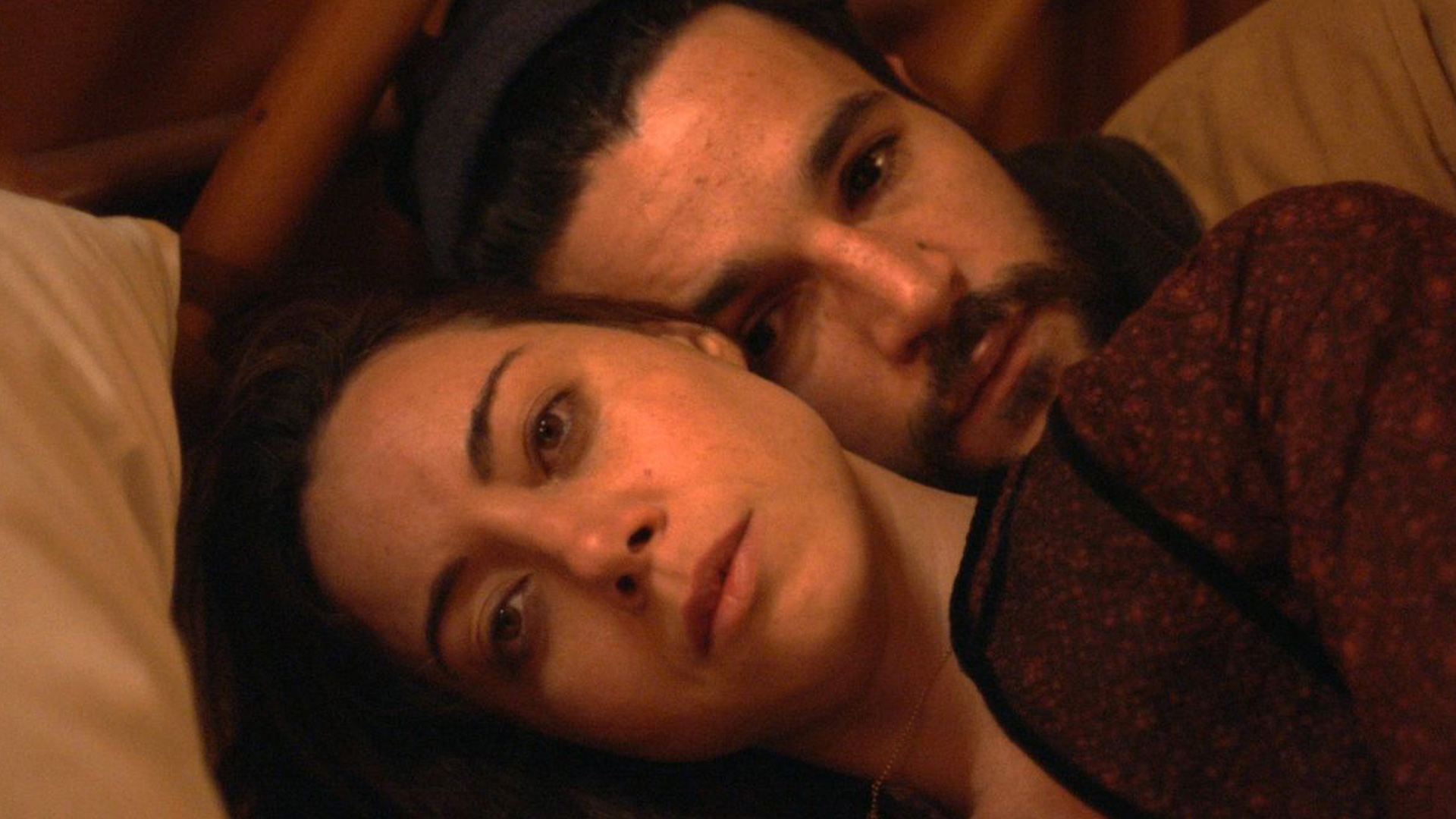 Does a bear standing in the road influence a bear by the boathouse? Or are both animals a manifestation of the same mind to punctuate the climactic conclusions of an ever-escalating series of anxiety-inducing emotional carnage as deus ex machinas? You could easily argue each option where it concerns Lawrence Michael Levine’s intentionally solipsistic and presumably cathartic dramatic puzzle box of a film, Black Bear. Chapter One might be a reality that influences Chapter Two or both might be dueling incarnations of a creative mind attempting to distill her ideas and artistic voice into a viable vehicle for consumption. They infer upon each other, star characters with identical names despite extreme role reversals, and ultimately end up bolstering the fact that all art is a manipulation.

This is especially true for films considering the medium is itself an illusory copy of reality filtered through the mechanical lens of a camera and the psychological lens of the artist conducting their sprawling symphonies on-stage and behind. The craft is one where the writer/director can transfer his/her feelings through the celluloid as an exorcism of sorts. It captures the literal and figurative simultaneously to reach audiences through a potential sensory overload that blurs the line between intent and experience. We therefore add a third lens of interpretation through the simple act of watching since doing so is hardly passive. We read into what’s been provided in ways that resonate with us personally whether or not the resulting thoughts were consciously presented. We make films ours.

That’s what Allison (Aubrey Plaza) is doing by packing up her things to escape her husband, life, and distractions at a beautiful lakeside cabin resort recommended by a friend of the owners. Call it writer’s block (she’s a filmmaker) or a quest for inspiration or whatever else: Allison merely seeks a creative place to reconcile her thoughts. And perhaps that even means distancing herself from herself. So she messes with her hosts Gabe (Christopher Abbott) and Blair (Sarah Gadon) in order to spark excitement and perhaps her own imagination in the process. She pokes the bear of what appears to be a union on the rocks (they aren’t married despite Blair’s pregnancy) with intentional glances, incendiary speeches, and a trail of lighter fluid she’s desperate to have lit.

It’s also what Allison the actress (Plaza) and her director husband Gabe (Abbott) do in the midst of a volatile film shoot set at that same cabin. They’ve poured every penny and favor into it with the hope of joining forces to manifest a masterpiece of artistic vision that will propel both their careers forward. It’s Gabe that pokes the bear this time on a quest to cajole the best performance he can from his lead actress regardless of her also being his wife. So he pushes her and pushes her to the brink of sanity. He ropes her co-star Blair (Gadon) into manufacturing an affair that will conjure the emotions her character demands to really bring the whole together. And Allison rapidly falls apart before our eyes.

The arguments of that first iteration become the script for the second. Notions of gender norms and resentments take shape as love reveals itself to be nothing more than a word to be thrown away or clutched tightly depending on circumstances that often prove to be the making of the party who says everything is fine. Allison the filmmaker’s lies are pathological. Gabe the director’s manipulations are ruthless. Blair suffers the brunt of the former as a woman whose instincts are sound despite what her partner says and Allison the actress suffers the brunt of the latter as a woman exploited. These victims are cruelly and purposefully embarrassed as their trust is torn to shreds for the sake of make-believe. Lives are ruined to satisfy an intuitive curiosity.

Is Allison the filmmaker any less vicious than Gabe the director? Do her actions cause any less damage than his? While Levine tempers a lot of this dark psychological duality with acerbic humor (Chapter One) and inside baseball self-parody (Chapter Two and its hilarious coffee bit, amongst others), you won’t shake the feeling of needing a dip in that lake yourself when all is said and done. And the reason is simple: the aggressors always go too far and their prey is always innocently made to think they’re crazy. It doesn’t matter either that the actual bear knocking over a garbage can in each parallel (or subsequent timeframe depending on your read of the whole) always looms since the characters cause more irreparable harm than it ever could.

Humanity selfishly toys with itself to see what happens and perhaps steal others’ pain for fictions that will never be worth more than their scars. So maybe it’s actually Chapter Two that comes before Chapter One. Maybe it’s fiction that influences reality by breaking a woman down to nothing only for her to manufacture a scenario wherein she can do the same. Who, though, is there to stop the bleeding? Who dares to stand up for the victim while their abuser fans the flames with delight in ways that make their purportedly genuine apologies the fakest things on-screen? No one. Gabe and Blair refuse to defend each other opposite Allison the filmmaker and Gabe the director’s crew fails to protect Allison the actress from his terror.

Black Bear will surely be divisive—something Levine would probably admit to being intentional considering his Nightstream Q&A. He specifically wrote it as a way to combat the conventional write-for-hire work he languished in previously. He wrote it to get his feelings about the industry out of his head regardless of whether anyone would finance it or buy it. And when you look at the performances within, you have to believe Gadon, Abbott, and especially Plaza felt the same way since they leave everything on the floor. They are bringing to life the bleakest and harshest corners of their craft through situations in which they have most definitely been on both the giving and receiving end. They’re each deciding whether one solitary tear is worth another’s satisfied smile.

Black Bear is playing as part of the online film festival Nightstream and will open on December 4.