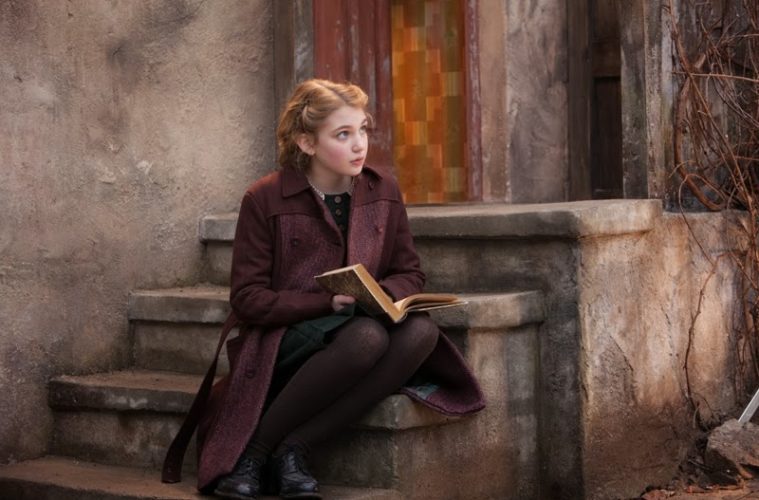 With so much of the fall slate endlessly picked apart and dissected under the guise of useless Oscar predicting, before anyone actually sees the bulk of the films, it’s a breath of fresh air when a potentially promising film comes out of nowhere. Such is the case with The Book Thief, coming from Brian Percival, a frequent helmer on Downton Abbey.

Sure, the World War II drama is based on Markus Zusak‘s hit book, but it seems to be flying under the radar considering it hits theaters in just three weeks. Follow a young girl who finds solace in Nazi Germany by stealing and sharing books with others, a new full-length trailer has now landed. It certainly sways to the awards bait side, but hopefully there is something substantial under the hood. Check it out below, along with new posters, for the film starring Geoffrey Rush, Emily Watson and Sophie Nélisse. Is the film on your radar? Do you think it could be a hit?