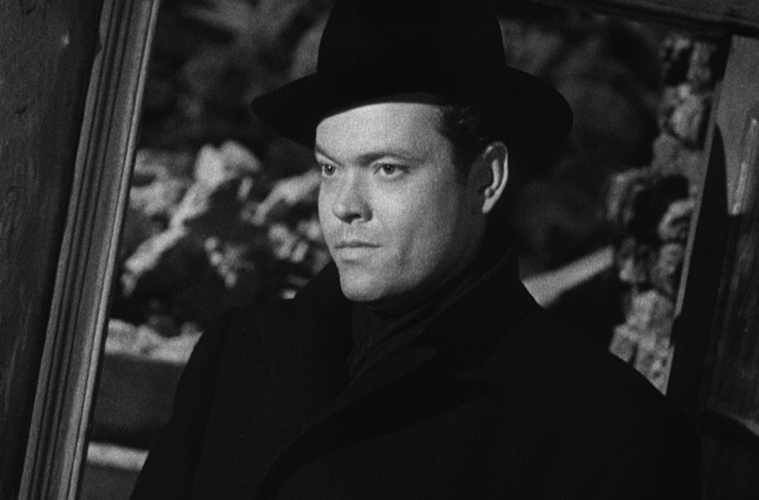 Any cinephile worth their weight in salt knows Orson Welles didn’t direct The Third Man, but the mark Harry Lime leaves upon that Carol Reed-helmed classic is so strong that it can be hard to make a proper separation. And so it makes sense that, tied to the great man’s 100th birthday, Rialto Pictures announced that they’ll be taking the new restoration to New York’s Film Forum and Los Angeles’ Nuart in late June and early July, respectively, while “[engagements] in San Francisco, Washington, DC, Seattle, Philadelphia and other major markets will follow.”

Before the lucky few who can see it in a theatrical setting do, in fact, see it in a theatrical setting — I just hope you can find the time and muster the effort to get up and out for this — a trailer is here for all to see. Let’s hope, though, that the final restoration looks a bit better than this (I presume) regular-resolution preview; given the touting of remastering “done from a fine grain master positive struck from the original negative,” in which “[release] prints were used as a reference for the grading,” one at least expects good things. Underwhelming preview aside, the promise of another peek at The Third Man is enough to cure summer-movie malaise.

Have a look below (via The Guardian):

The Third Man will open at Film Forum on June 26 and Nuart on July 3.

Do you plan on seeing the classic when it returns to theaters this summer?