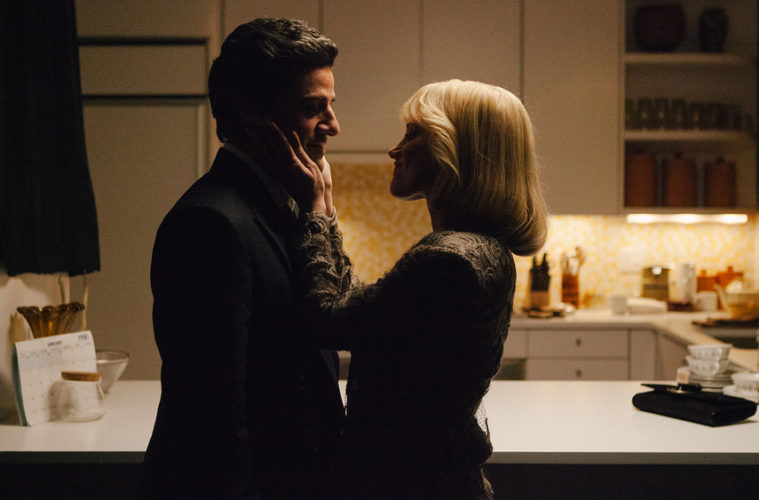 New to Streaming: ‘Winter Sleep,’ ‘A Most Violent Year,’ ‘Unbroken,’ ‘Listen Up Philip,’ and More Adults need fairy tales too and Thomas McCarthy–with cowriter Paul Sado–deliver one in The Cobbler. They don’t try to pretend it’s something more, either, as its opening prologue can attest. We’re privy to older tradesmen on the Lower East Side speaking Yiddish around a table to think up a way to defeat the evil landlord raising their rent to drive them away. Cut to the local shoe man deemed their savior stitching up a pair of loafers with son in tow and we learn his machine has angel origins, giving it the power to render the cobbler able to literally walk in the shoes of his customers. Stitch them up, slip them on, and instantly he’s someone else. – Jared M. (full review) It was 2000 when Michael Almereyda debuted his Hamlet adaptation, with a young Ethan Hawke as the troubled prince and a steely, haughty Manhattan skyscraper in lieu of Denmark. An alluring, timely rendition of the play – post-Luhrmann’s bombastic Romeo + Juliet, pre-9/11 – Hamlet remains interesting today because of the way it effortlessly captured that fleeting moment at the turn of the century, when the world was about to change and technology was in awkward flux. Almereyda is back at it fourteen years later with Cymbeline, a dramatically clunkier Shakespeare play, both in and of itself and for the challenges it presents to a modern adaptation. – Tommaso T. (full review)

Beautifully simple yet breathtakingly bleak, the family turmoil at the heart of Ruben Östlund’s Force Majeure hits a deeply resonant emotional chord. The plot revolves around an unexpected force of nature in the Alps that plunges a Swedish family into a frigid turmoil on a holiday retreat. There is an undercurrent of darkly comedic vibes that are accentuated with minimalist cinematography that carefully uses the wintery elements, like the encompassing blindness of snow, to great effect. But it’s the deadpan stares and demeaning looks between husband Tomas (Johannes Kuhnke) and his wife Ebba (Lisa Loven Kongsli) that make it hard to turn away from the awkwardness of this powerful family drama. – Raffi A.

How to Train Your Dragon 2 (Dean Deblois)

What was so refreshing about Dreamworks original How To Train Your Dragon is that it offered up a stirring combination of grand spectacle and gentle imagination, working together to deliver a family-friendly adventure that expanded beyond the aims of a simple kid’s film. The relationship between Viking teen Hiccup (Jay Baruchel) and his beguiling dragon cohort Toothless was the backbone of the film, brought to vivid life by a bevy of animation artists and presented as a realistic bonding between human and animal. Directors Chris Sanders and Dean Debois used that team-up to disrupt the world they created—a secluded Nordic rock where Vikings and dragons battled in endless stalemate—while establishing a fearless sense of escapism in the movie itself. The good news is that How To Train Your Dragon 2 has been created in the same spirit, and although it chases after the elusive call of franchise, it still remembers to be wonderful where it counts. – Nathan B. (full review) No, Life of Riley can’t and won’t ever be removed from the context of its creator’s passing, but the resulting points between art, life, and death upon which every seconds thus operates makes clear that it shouldn’t. On paper an absolute downer — and, frankly, sometimes is; how can an extended close-up of Sabine Azéma professing her love for an unseen collaborator not be? — but, in execution, a comic celebration of the limited life affords us, bolstered by a fascinatingly complex visual and aural orchestration. Resnais, ending his career on just about the best closing images any filmmaker could ever ask for, leaves us with no option but to do what its French title suggests: enjoy, drink, and sing. – Nick N. The slow-motion, bronze-burnished descent into personal desolation, itself suggested as some men’s only way of ascending to artistic greatness. Already-mild concerns that we’d never receive a proper adaptation of Roth are forever gone, for Listen Up Philip’s commitment to this idea — aided in no small part by Perry’s growing formal acuity — brings us as close as we’ll ever need to get. Zuckerman, Lonoff, and, at some turns, Sabbath do indeed haunt the film’s periphery, but less as a result of direct influence — more, I think, because we’ve only now confronted the wreckage they leave behind. – Nick N.

Angelina Jolie’s Unbroken, the true-life story of Olympic winner Louis Zamperini’s World War II travails, is a film that specializes in visions both mythic and harrowing, but there’s a nagging sense that whatever made Zamperini’s tale inspiring to the director and screenwriters exists outside what we see here. Based off Laura Hillenbrand’s 2010 non-fiction bestseller of the same name, Jolie’s Unbroken applies a vivid, you-are-there connectivity to the most treacherous and exciting chapter of Zamperini’s life, detailing his crash-landing aboard a B-24 bomber, 47 days on a raft in the middle of the South Pacific, only to be captured and transferred to a Japanese POW camp. Instead of getting a sense of the man, though, this film treats him as a heroic icon who soldiers on in typical Hollywood movie fashion. – Nathan B. (full review)

Speaking of Bergman, the spirit of the great director, and those of Chekhov and Tarkovsky, hovers watchfully over Nuri Bilge Ceylan’s latest Turkish epic. Following the long, winding, but endlessly rewarding Once Upon a Time in Anatolia, Ceylan has returned with another massive yet patient exploration of human virtue and frailty, tied inextricably to the rugged Anatolian countryside. Within this swirling snow-globe, he’s honed his craft to a much more accessible — and ultimately emotionally revealing — experience, revolving around some of the most illuminating visual portraiture we’ve seen onscreen. Some movies happen to feature conversations; Winter Sleep is chained to them. But that’s a gift, not a prison sentence. Even the craggy silence has something to say in a Ceylan film. – Nathan B.