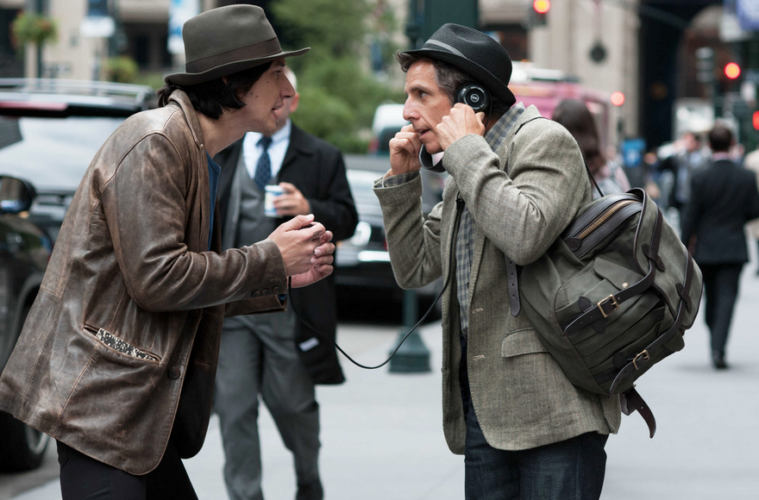 New to Streaming: ‘While We’re Young, ‘Nightcrawler,’ ‘Primer,’ ‘On the Road,’ and More

The premise behind Etan Cohen‘s directorial debut, Get Hard, should work. A super-rich finance wiz named James King (Will Ferrell) is convicted for numerous counts of fraud and sentenced to 10 years in maximum security prison. San Quentin, to be specific. So he enlists the help of Darnell (Kevin Hart), the only black person he knows, to help him prepare for what will surely be a very tough decade behind bars, assuming the man has served time. Of course, Darnell is a hard-working family man who has never been to prison. But for the right price, he pretends to be just that. – Dan M. (full review)

A tracking shot slowly moves around a blonde princess on a Hollywood set. We follow the applause as she leaves for the final time and into her dressing room, left alone facing the mirror. Now she must face herself. So begins Olivier Dahan’s Grace of Monaco, the opening film of this year’s Cannes Film Festival, and a mostly harmless and occasionally offensive affair that purports a “fictional account” of a true story. – Peter L. (full review)

Due to their public domain status, literary classics are subject to potentially endless film adaptations. Why make an original work when you can drape a top-rate cast in extravagant costumes and bask in the romantic trappings of a bygone era? As the industry proves, people still adore these films, and they’re a surefire way to garner attention from stodgy award judges. But when are they actually necessary? What could a filmmaker do to draw audiences into a dated world that, while pleasant to look at, may not carry the emotional weight it did centuries ago? Like Vincente Minnelli and Claude Chabrol before her, director Sophie Barthes tries her hand at bringing Gustav Flaubert’s once scandalous tale to a new generation. – Amanda W. (full review)

A stunning performance can elevate an ordinary script, yet Jake Gyllenhaal shows that first-time director Dan Gilroy has been absorbing what became of his various writing projects over the years. Here, Gilroy attacks the norm with his screenplay. We aren’t so much introduced to Gyllenhaal’s Lou Bloom as he announces his presence in the world of LA at night. Bloom is the anti-hero of the film, and yet you root for him throughout. Part of that is simply because he is the character we follow, but part of it is that he also exposes the deep-rooted reality of the news media. Bloom is a nightcrawler, who arrives on the scenes of accidents to record them with his camera and sell them to the morning news. But more than a skewering of the news, I found this to be a keenly precise character study of a man who succeeds precisely because he has a lack of empathy, a trait that might win you praise in other places. Gyllenhaal rarely blinks on camera, is visibly gaunt, and gives off an intensity that makes you uncomfortable. But the film is also brilliantly filled with touches of humor, evidenced by his long-winded rants that sound like they were stripped from a self-help book or the relationship he has with Nina (Rene Russo). Nightcrawler is intense, riveting, and darkly hilarious in all of the best ways. – Bill G.

On the Road (Walter Salles) “Boys and girls in America have such a sad time together.” That line is left out of Walter Salles’ adaptation of Jack Kerouac’s On The Road, but it permeates every scene. Most of the film’s conflicts arise from how playboy Dean Moriarty (Garrett Hedlund) is going to balance Marylou (Kristen Stewart) and Camille (Kirsten Dunst), as he and Sal Paradise (Sam Riley) never seem to be in too much trouble, despite always having enough money. Like the book, it’s bound to be criticized for misogyny and homophobia, but its depictions are scarcely endorsements. On The Road is more a story of a lifestyle and all the pitfalls and glories that come with it than a longing for the culture that accompanies it. – Forrest C.(full review)

If you were confounded by the narrative of Upstream Color, we helped break it down here, but if one wants an even more perplexing experience, Shane Carruth‘s debut Primer comes with a high recommendation. Made for $7,000, the story follows a group of engineers who happen across time travel. You’ll likely want to watch it a few times after one viewing, which is now easier than ever as it’s streaming on Netflix. – Jordan R. Contrary to early, perhaps reactionary, accounts, Rosewater is not entirely devoid of comedy. Of course those who think of Jon Stewart as a comedian first, journalist second will be surprised, but anyone more familiar with his work on The Daily Show will recognize that he does care deeply about the issues he raises. The comedy is how he captures the attention of the politically apathetic, and ultimately how he copes with the absurdities of what is happening in the world. And so it is with the humor in his directorial debut Rosewater – a coping mechanism for a man in a desperate situation. It’s adapted from a book by the real Maziar Bahari (here played by Gael Garcia Bernal) telling an account of his detention in Iran after covering the 2009 presidential elections and the following protests for Newsweek. – Martin J. (full review) Two essential elements spring to the forefront of Fred Schepisi’s new romantic comedy, but they aren’t the titular Words and Pictures of the title. In fact, it’s the always luminescent Juliette Binoche and dourly handsome Clive Owen that justify the existence of this slight dramatic patchwork, although the movie keeps forgetting to move aside and let them collaboratively save the day. If you’re looking for a date night option, you might find that spending the time in company of Owen and Binoche is good value, but the pictures here tend to overshadow the quality of the words. – Nathan B. (full review)

Gett: The Trial of Viviane Amsalem
The Stranger (review)