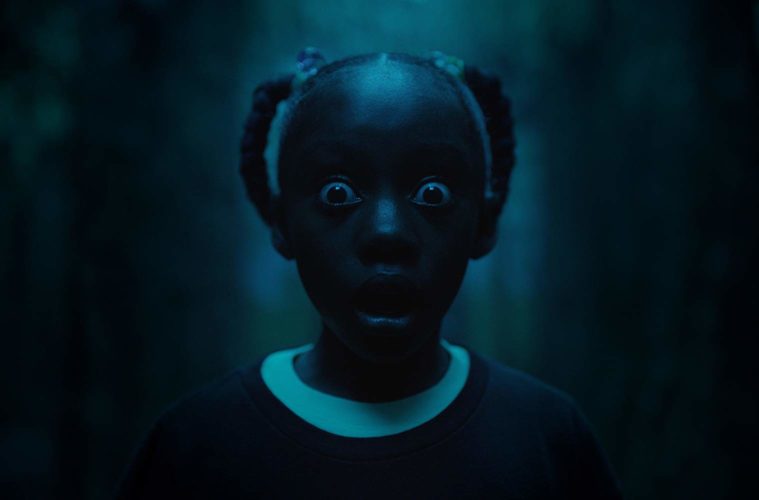 Note: Following this week’s feature, New to Streaming will be taking a two-week hiatus and return on June 28. (In related news, send me your Paris recommendations on Twitter.)

What immense health German cinema has found itself in lately. Since the turn of the decade, audiences of a certain ilk have grown accustomed to seeing names like Ade, Petzold, Grisebach, Schanelec, and Köhler show up on art-house and festival screens. We may soon need to add Eva Trobisch to that list. Yes, if All Good (Alles ist gut)–her snare drum taut and timely feature debut–is anything to go by, the East Berlin-born writer-director should provide that rich vein of deutsche Regisseure will its latest transfusion. – Rory O. (full review)

Josef von Sternberg called Anatahan his best film. Borne from more than a decade’s worth of frustration with the studio system, it was, as the last picture he completed, his stamp on his time as a director. Even then, when released in 1953, it was only released in a butchered format, and, as it often goes in such cases, was subsequently abandoned by popular consciousness. But a few times each year, cinephiles (at least ones in major cities) are treated to big-screen resuscitations of long-neglected works. Now, Anatahan has been restored by Kino Lorber to Sternberg’s uncensored version, and is on MUBI. – Dan S. (full review)

Brian De Palma’s Carrie begins in the soft-haze of a high-school girls’ locker room. The camera lingers of the naked bodies of Carrie’s (Sissy Spacek) abusers and clearly sets them apart from the frail girl who showers by herself. As the others frolic and laugh among themselves, Carrie rests inside of her own body. In close-up, Carrie washes her face, breasts, and abdomen until she reaches her inner thigh. She drops her bar of soap and the lilting score from composer Pino Donaggio changes key into something more sinister when it is revealed that Carrie has begun her first period and menstrual blood slides down the side of her leg. She screams at the arrival of the punishment of Eve, and blood will be a harbinger of everything to come for one Carrie White. – Willow M. (full review) It’s the top of the month, which means The Criterion Channel has unveiled a mountain of programming simply too large to spread out in multiple entries. Featuring films from Apichatpong Weerasethakul, Carlos Reygadas, Agnès Varda, David Lowery, Souleymane Cissé, Nicolas Roeg, Dorothy Arzner, Lee Chang-dong, and many, many more, see the full list here. Happy watching.

Asghar Farhadi returned this year with his eighth feature film, but this time he has ventured outside of his native country of Iran. Everybody Knows, which opened the Cannes Film Festival last year, is a psychological thriller starring Penélope Cruz and Javier Bardem that was shot entirely in Spanish on the Iberian Peninsula. Following the kidnapping of their daughter, the film was met with a mixed response (including our own review), but I’m always curious to see what Farhadi has in store. Having missed it in theaters, it’s now available to stream. – Jordan R.

On the Silver Globe (Andrzej Żuławski)

This Sunday, the Brooklyn-based multimedia publishing outlet Exmilitary launches The Eastern European Apocalypse, a free, month-long streaming project dedicated to, per co-founder Leo Zausen, “four films that are largely unknown to the English-speaking world and derive from the Cold War’s looming threat of nuclear disaster and its aftermath: the destruction of the world.” They’ll begin, rather notably, with Andrzej Żuławski’s On the Silver Globe, which fits into a small category of films that seem to have come from a genuinely remote and dangerous place. Long a legendary “lost” work, its reemergence in recent years proved a cinephile cause célèbre. At the other end of Exmilitary’s four-movie initiative is the well-established classic Stalker; in-between Żuławski and Tarkovsky are lesser-knowns: Piotr Szulkin’s O-bi, O-ba, The End of Civilization and Konstantin Lopushanskiy’s Letters from a Dead Man.

Where to Stream: Exmilitary

While many indie filmmakers like Andrew Bujalski started making films in apartments with their friends and scaled up to larger projects, Michigan-based madman Joel Potrykus has gleefully and unapologetically scaled down as his career has progressed. His fourth outing, Relaxer, barely even takes place in an apartment, but rather in the corner of a living room where Abbie (Joshua Burge) is stuck on a couch for nearly six months. While staying there, his cruel (or tough love) brother Cam, (David Dastmalchian),  gives him a series of challenges. For the first one, he needs to drink a gallon of curdled milk out of nine baby bottles. Under the watchful eye of a Sony handicam, he’s not permitted to leave the couch under any circumstances until he’s finished. – John F. (full review)

Pop music and mounting cultural violence collide as points of consideration in this divisive, engrossing film. Brady Corbet writes a story and character that demand strong opinions from the audience, and shoots the film with unblinking conviction against all its absurdity and horror. Natalie Portman is the definition of fearless in her vulnerable, brittle turn as a pop star unable to reckon with her own celebrity. – Brian R.