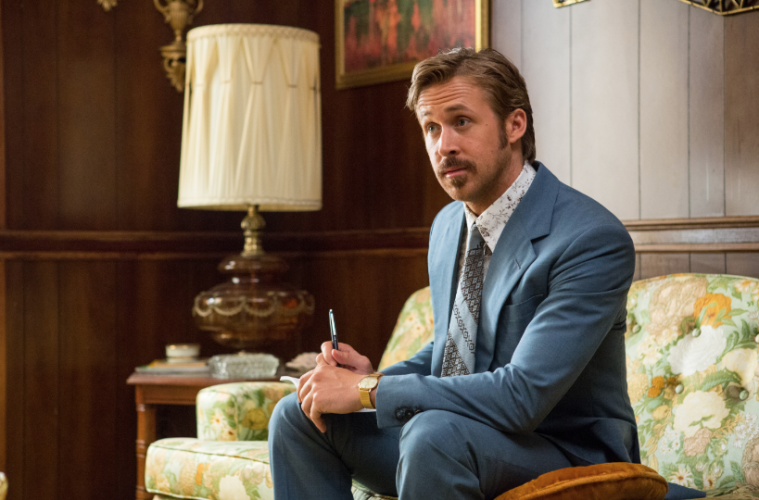 From its first few shots, it’s clear that American Ultra is removed from the relatively grounded drama of Greg Mottola’s underrated Adventureland, the last film that paired Jesse Eisenberg and Kristen Stewart. We first meet Eisenberg’s bloodied and beaten Mike Howell detained and chained to a table in a septic interrogation room. As an agent throws photographic evidence of the trail of chaos that’s been left behind, Howell’s eyes twitch. A rush of images come swirling at the screen, revealing his involvement in this destruction and previewing what will be the bulk of the narrative. It’s a curious choice for a film whose studio required its critics to sign non-disclose agreements so as to not reveal the twists and turns. However, the swiftness at which the Mission: Impossible-esque foreshadowing splashes on the screen makes these images barely register, laying out clues for its audience to piece together. – Jordan R. (full review)

The streets of Paris remain conspicuously quiet through Duelle, a noir-fantasy modeled off RKO’s The Seventh Victim. The frizzle-haired ingénue Hermine Karagheuz balances on a ball before coming crashing back down, and suddenly a woman gives her the task of finding a missing man (encouraged by the booming sounds of the crinkles of money overloading the soundtrack). But Rivette shifts the focus of ensuing mystery by following the criminals, circling their actions at train stations, gambling halls, and Lady from Shanghai‘s aquarium. By the time Karagheuz returns, the mystery is already too deep for her to pierce; she even jumps in fear at Jean Wiener‘s dissonant chords. The piano booms from the corner of every scene, a haunting live performance that eschews realism for “Realism” in a paradoxical way. – Peter L. (full feature)

If the last few years were any indication, it’s shocking to have no official Joe Swanberg feature at Sundance in 2016, but Joshy comes remarkably close — albeit with a different, more effective brand of comedy. Beginning like many other indie dramedies, a tragedy spurs a group of old friends (and a few new ones) to retreat to a secluded house where they bond and work out their fractured lives and emotional insecurities. – Jordan R. (full review)

From the opening shot, as the 3-wagon troupe embarks on an agonizingly slow trip crossing the river, director Kelly Reichardt lets us know this is a new take on the western, a sparingly bleak look at a 1845 trip through the Oregon desert. The brilliance, aside from the gorgeous cinematography reminiscent of Days of Heaven, lies in the struggle, exemplified in an exceptional single shot, which shows how long it takes Williams’ character to just load and fire her rifle. – Jordan R.

Arnaud Desplechin’s My Golden Days bears some superficial similarities to national compatriots Eric Rohmer and Olivier Assayas, two directors who tend to make films about beautiful, young, artistic people going through tough times that results from some combination of inner conflict, government, and the sensibilities of other, equally fashionable people. Of course, these directors aren’t especially alike; Rohmer is concerned with the way a person’s desires and actions — or their ideas and realities — may conflict, particularly in concerns of (heterosexual) love; Assayas’ characters drift apart and float together through means largely outside their control, or at least through means incident rather than integral to their decisions. (His protagonists are generally undone by loneliness and isolation, whereas Rohmer’s encounter trouble when they interact with one another.) My Golden Days contains much of Rohmer’s hapless romance and Assayas’ internal depression, but it is temporally expansive and deploys new tricks at every turn in a way that the films of Assayas and especially Rohmer — whose work takes place in subtly but rigorously established worlds — never would. – Forrest C. (full review)

It’s been over 40 years since Chinatown, and roughly the same amount of time separates the events of that film from those of The Nice Guys, another tale of a private detective in Los Angeles taking on an initially simple case which leads him to a vast, environmentally centered criminal conspiracy. The Nice Guys even carries on Chinatown’s heartbeat of individual helplessness when confronted with the casual body disposal of profit-hungry industrialists. So, too, does the movie bring the sensibility of its time to its throwback setting — while Chinatown’s L.A. is a distinctly ‘70s landscape of grim stoicism, The Nice Guys‘ L.A. is suffused with nearly as much irreverent contemporary irony as it is smog. The 1938-set Chinatown is a more faithful reflection of the city in the ‘70s than the 1977-set Nice Guys. It’s particularly appropriate that, in the new film, we aren’t even really looking at L.A. at all most of the time, but rather a skillful artifice fashioned out of Atlanta. – Dan S. (full review)

No Country For Old Men (Joel and Ethan Coen)

It’s hard to believe it’s been nearly a decade since Joel and Ethan Coen‘s No Country For Old Men, their bleakly intense Best Picture winner, first premiered. Shot by Roger Deakins with no shortage of indelible images and featuring one of the most menacing performances ever, courtesy of Javier Bardem, the film is now available to stream on Amazon Prime.

Animation allows for exaggerated forms of action and expression that mean more can be said with complete silence than a traditional live action film can say in a whole monologue. The first animations were silent shorts, and Shaun the Sheep Movie embraces that tradition to create a moving, hilarious tale that plays just as clever and heartwarmingly to both children and adults. The tactile nature of the stop-motion lends the whole affair a warmth that most CGI can’t touch, and the care and time put into the designs of these characters alone deserve careful study from future animators. – Brian Roan

It’s often said that no writer can craft a character as complex and compelling as the subjects in some of our best documentaries. Enter the consummate example: Anthony Weiner, a seven-term former Congressman who became a political pariah following sexting scandals, the second of which occurred during his unsuccessful 2013 run for New York City’s mayor. Delivering one of the most intimate character studies in some time, Weiner confronts not only the media’s frenzied sensationalism but one’s own participation in the public amusement of an individual’s tragedy — in the most Greek sense of the word. – Jordan R. (full review)

Baskin
A Hologram For the King (review)
The Idol (review)
A Monster With a Thousand Heads
Ratchet & Clank
Richard Linklater: Dream is Destiny (review)
Too Late (review)