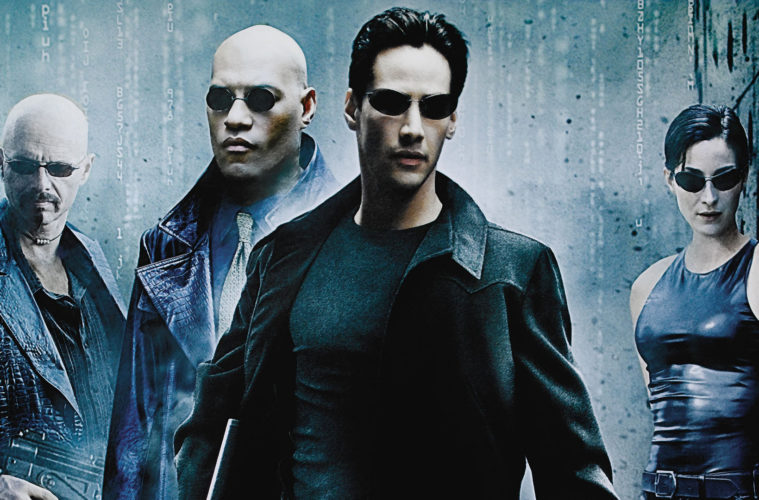 Can You Ever Forgive Me? (Marielle Heller)

Do you have a Lee Israel work on your shelf? What should be a matter of owning one of her books or not since she was a notable author of biographies who hit the New York Times Best Sellers list, things get much more complicated when you look closer to see she wrote more than just about the likes of Dorothy Kilgallen and Estée Lauder. Israel also wrote as some of her subjects too. During the early 1990s when she was down on her luck professionally, financially, and personally, a fateful discovery occurred that would ultimately ensure her name would no longer be accompanied by “author” in the history books nor her own 2008 memoirs. From that point on her infamous occupation became simply “literary forger.” – Jared M. (full review)

The zombies hobbling around the streets of the fictional, bucolic US city of Centerville have been awakened by global warming (specifically, from the ruthless fracking of the Earth’s polar caps), and that’s possibly the single most inventive spin in Jim Jarmusch’s latest, the Cannes opener The Dead Don’t Die. Ghouls can’t be killed, and neither can the tropes so many previous classics of the genre have crafted around them, and which Jarmusch’s star-studded comedy happily rehashes in a ride that offers plenty of chuckle-inducing moments, but ultimately stalls in a swamp of meta-textual references and cinematic detritus. – Leonardo G. (full review)

For being perhaps the most consistent American filmmakers working together, the Coens’ relationship with Hollywood has been depicted in atypical ways throughout their career, most notably as a life-threatening nightmare. With Hail, Caesar!, they headed back to a time in which they were never able to make movies to do just that. All while poking fun at the perpetual machine-like grind of studio output, we get to witness a handful of genres lovingly brought to life by the brothers. Some may call it scattershot storytelling, but every piece of this tinseltown puzzle works so impeccably well on its own that the cumulative effect makes for one of 2016’s most entertaining films. – Jordan R.

As soon as the voice of Tom Hiddleston’s Dr. Robert Laing was heard speaking narration above his weathered and crazed visage manically moving from cluttered, dirty room to darkened feverish corner, my mind started racing. Terry Gilliam’s Fear and Loathing in Las Vegas popped into my consciousness and then his Brazil, after a quick title card shoves us back in time to watch as Laing enters his new concrete behemoth of a housing structure, oppressively standing above a vast and still parking lot. Add the clinical precision of Stanley Kubrick dolly shots and the chaotic, linear social ladder climb of Snowpiercer with a bitingly satirical wit replacing the high-octane action and you come close to describing the masterpiece that is Ben Wheatley’s High-Rise. – Jared M. (full review)

For the first bit of Late Night, directed by Nisha Ganatra and written by Mindy Kaling, everything’s working and working well. What’s introduced as the central plot is extremely compelling: legendary late night host Katherine Newbury (Emma Thompson, making it look easy) fights to keep her job after a decade of bad ratings, stale jokes, and high-brow guests. After being told she has a penchant for hating female writers, Katherine demands her producer (the great Denis O’Hare) hire one. Enter Molly Patel (Kaling, charming as ever), a chemical plant manager who pulls some clever strings to score an interview for the position at the perfect time. – Dan M. (full review)

The heels of the announcement that The Matrix trilogy would become a quadrilogy (forgetting The Animatrix, I suppose), the trio of sci-fi epics are now streaming on Hulu. As The Matrix turns 20, we also recently celebrated its oft-derided sequels, naming them two of the best sci-fi films of the century thus far. Our own Nick Newman said, “I’ll ignore the wealth of received wisdom that’s surrounded these films for thirteen years and instead offer what’s deserved: praise. Following The Matrix‘s lightning-in-a-bottle success, the Wachowskis crafted a two-part sequel expanding their original picture’s strengths (aesthetics, action sensibilities, pacing, easily digestible philosophy) into the realm of be-all, end-all conflict. No matter the intensity and portent at its core, this duology makes great effort to balance in-the-moment pleasure with overarching narrative and theme.”

I dare you to find a movie that is more self-assuredly cool than Miami Vice. I dare you to find a film that is more in love with itself than Miami Vice. I dare you to find two characters more cool-infused than Jamie Foxx and Colin Farrell as Ricardo Tubbs and Sonny Crocket (respectively) in Miami Vice. This movie burns with the fire that only the truly un-self-conscious can embrace, and every scene drips with style and grace. The violence is sudden and real while still managing to be thrilling and electrifying. Every beat is calibrated for maximum sleekness, and thanks to the investment of the actors and the determination of writer-director Michael Mann, that cool is achieved. The soundtrack thumps, the sun shines, and the bullets fly. This is the pinnacle of action in the new millennium. – Brian R.

Once Upon a Time in Anatolia (Nuri Bilge Ceylan) A police procedural unfolds in the dimming twilight of an Anatolian countryside with a group of archetypical men — a police commissioner, a physician, a lawyer and a prisoner — searching for a woman’s body. This is the platform but not the subject of Nuri Bilge Ceylan’s Once Upon A Time In Anatolia. Pursuing the ghosts of filmmakers like Krzystof Kieslowski and Andrei Tarkovsky, Ceylan imagines his films as terrariums of image, sound and life living itself out in an environment where it can be turned and studied. The visual component of Anatolia is perhaps its most profound, an irony not lost on Ceylan who wants us to consider the interior souls of these men by becoming careful observers of their exteriors and the serene but lonesome landscape they inhabit. Watching Anatolia is sometimes like looking through the eye of God, taking in the comings and goings of figures less significant than they seem, with great interest but without judgment. – Nathan B.

As Venice Film Festival comes to a close (see our complete coverage here), FestivalScope is offering a taste of the festival to those around the world. Now streaming is a selection of films from Out of Competition, Orizzonti and Sconfini sections from Georgia, Iran, Romania, Spain, Tunisia. Available in the U.S. is Dimitri Mamulia’s The Criminal Man (pictured above), Saeed Roustaee’s Just 6.5, and Oskar Alegria’s Zumiriki.

The Fall of the American Empire

Out of Sight
RoboCop

Ocean’s Trilogy
The Portrait of a Lady
Ravenous

American Psycho
The Lord of the Rings: Two Towers & Return of the King
Rachel Getting Married
Superbad