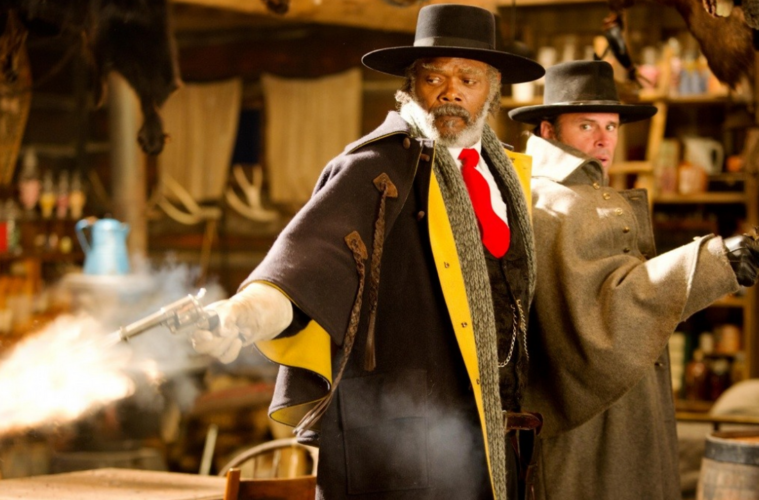 What has set cinema back — both from the perspective of those who make, and those who write about it — are the binaries chosen to be created and propagated, be it taste, modes of production, or genre, essentially what forms “correct” cinema, in terms either classical or experimental. So there’s more and more hope that a film can come along that hopefully defies the tradition of quality, that makes us rethink a medium only feeling more and more trivial with every passing day, even if it’s more accessible than ever. Amongst the many things that make 88:88 — the first feature from Isiah Medina, the 24-year-old Canadian filmmaker behind the shorts Semi-Auto Colors and Time is the Sun — so radical is its attempt to obliterate the binaries. – Ethan V. (full review)

Where to Stream: Mubi

Charlie Kaufman, the writer behind Being John Malkovich and Adaptation, teams up with animator Duke Johnson to create a complex emotional drama starring lifelike puppets. The premise is riddled with existential dread of modern-day life, presented uniquely through Kaufman’s idiosyncratic point-of-view. For protagonist and self-help author Michael Stone (voiced soulfully by David Thewlis), everyone around him has the same voice (thanks to Tom Noonan) and nothing feels right. It isn’t until he meets Lisa (Jennifer Jason Leigh) that all this changes, and the fleeting romance they engage in becomes one of the most heartfelt relationships of the year. Kaufman has a way of using the neurotic tendencies of his characters as a vehicle to expose deep philosophical quandaries of the mind and soul, a bit similar to Woody Allen in his prime. Add to that the brilliant stop-motion animation, which is so realistic and spectacular that you may forget what is real. For a film starring only puppets, Anomalisa is strangely more human than most from 2015. – Raffi A.

The Confirmation opens with a child and his mother waiting outside a church. As the first lines of dialogue were spoken, I felt a sudden pang of shock, thinking I had unwittingly sat down for one of the numerous heavy-handed faith-based features crowding multiplexes. Thankfully, as it continued, the film revealed itself to instead be a rather smart comedy in which faith is a subject sometimes pondered by its characters. Seen through the eyes of its young protagonist, there is so much power in those big unanswerable questions of faith. The boy’s middle-class parents do not see eye-to-eye on the matter of religion, rarely agreeing on any subject since their divorce. – Tony H. (full review)

Finders Keepers’ stranger-than-fiction narrative could tell itself. And it did in the subsequent period after the original incident when local and national media punched down, also making a parody out of John Wood and Shannon Whisnant’s showdown over an amputated foot. These are outsized, naturally hypnotizing leads — characters who speak casually in colorful and provincial turn of phrases, and speak respectively with an electric, sorrowful egocentrism and a wounded melancholy — but it took Bryan Carberry and Clay Tweel’s filmmaking perspective to tap into the sad humanity at the core of this story, below its winding absurdity. Finders Keepers knows that this documentary isn’t about mere wackiness. It’s a story about second chances, and the phantom limbs that can move us forward and hold us back. It’s about kids stuck living in the shadows of their parents, and those who are willingly and unwillingly forced into the spotlight. And finally, it’s about feelings of entitlement inherent in destiny, and how sometimes things just aren’t meant to be, whether it’s who deserves a foot or who feels they’ve been slighted by the universe. – Michael S.

Not only a film about hatred, but a film that has hatred in its bones — for the ways of its ostensible heroes, for the destruction they bring, and, by extension, for the ways that both can be felt in the modern day. (The timing of this release and the writer-director’s recent protests certainly doesn’t feel coincidental when you consider the trajectory of, to name but one example, Samuel L. Jackson‘s Major Marquis Warren.) And while Quentin Tarantino’s eighth film isn’t simply a howl into the winter winds — hardly a surprise, since he’s never been interested in such single-minded gestures — it remains capable of startling whenever empathy, gentleness, and grace shine through. (How easy a constant brutalization of Jennifer Jason Leigh‘s Daisy Domergue, the sole female lead, makes easy to forget this movie’s willingness to stop and watch her catching snowflakes on her tongue during an ever-so-brief freedom.) With its ensemble cast working in morbidly funny harmony, Robert Richardson helping beautify its battered world, and Ennio Morricone serving giallo-esque musical stylings (better than hats or horses as a signal of what’s being attempted), The Hateful Eight is also a grand entertainment — in many ways the most complete cinematic package of 2015. – Nick N. Kirby Dick and Amy Ziering’s useful call to action focuses largely on the epidemic of campus sexual assault at some of the most well-known academic brands in higher education: Harvard, Stamford, Berkley, Florida State, and UNC Chapel Hill,  as told through survivors, media reports, and activists. Powerful and at times even inspirational, Dick and Ziering conduct an investigation into a famous accusation poorly handled by the Tallahassee police and Florida State that has been criminally misrepresented in the media (ESPN in particular) ,while also chronicling Annie Clark and Andrea Pino, two victims turned activists who inspired thousands of survivors to file Title 9 lawsuits against institutions. The latest film in a trilogy exploring institutional sexual assault from Kirby Dick (following Twist of Faith and The Invisible War), The Hunting Ground ought to be required viewing for all incoming college freshmen. – John F.

Mojave is far from a great film, but it’s a highly entertaining watch. As I said in my review last spring, “Through exchanging more words in a few moments than they did in all of Inside Llewyn Davis, Garrett Hedlund and Oscar Isaac give a pair of committed lead performances in Mojave, respectively playing a privileged Hollywood icon and a mysterious malevolent force. The sophomore directorial feature from accomplished screenwriter William Monahan (The Departed, Kingdom of Heaven) dabbles in a peculiar clash of genres and subject matter: a noir thriller, a dark comedy, a western, a behind-the-scenes jab at the film industry, and an existential exploration of one’s perceived reality, among other things. While not all of these work cohesively, Monahan’s particular rhythm of language makes Mojave a bizarrely compelling watch.” – Jordan R.

When you think about what Lance Armstrong did to the sport of cycling—winning seven straight Tour de France titles before finally being revealed as a cheater—you have to laugh. It’s funny how much stock people around the world put in professional sports and athletes only to see their fallibilities as a betrayal. Celebrities in other vocations screw up all the time; some have found their fame specifically for screwing up. But there is integrity to athletics that must not be tainted in the public consciousness. Somehow sports aren’t purely for entertainment because if they were we wouldn’t care that Armstrong doped. We loved him while he did it and that fact will never disappear. I sincerely hope that both screenwriter John Hodge and director Stephen Frears understood the farcical nature of his story because I want to believe the comedy streak running throughout The Program is intentional. – Jared M. (full review)

The film excels in moments like these, where minor, everyday gestures are used to reflect larger, more important issues. This is why the film’s conclusion is so disappointingly preachy. Not only does it hammer home a theme the film was already making in subtler ways, but it feels as if it’s forcing the film onto a much larger scale than it was previously aiming for. There is obvious contemporary relevance in the film’s premise, but part of the calm pleasure of Promised Land resides in the fact that it generally addresses those topics without overtly exclaiming them. The ending does away with that approach entirely, twisting Damon‘s Steve into a message-carrying symbol, as opposed to the well-defined individual he is for most of the film. – Danny K. (full review)

It’s quite comforting to see actors-turned-directors not shying away from tough subject matter. You’d almost assume they would amidst stereotypes of celebrity vanity driving them to worry about losing audience appeal. Looking at a guy like Ben Affleck leveraging a fledging acting career destroyed by bad mainstream choices into a critically acclaimed metamorphosis as an A-list director, however, shows the transition is real regardless of content or perception. I’d rather a guy like Ryan Gosling get derided for taking a chance on Lost River than see him go through the motions devoid of passion. So when it was announced that Paul Bettany‘s directorial debut was a drama about love in the streets, you take note in the why because a subject like that doesn’t get chosen lightly. – Jared M. (full review)