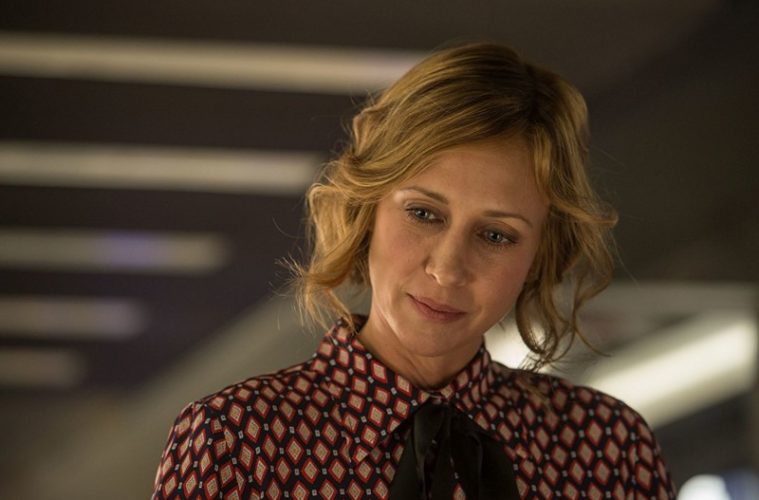 New to Streaming: ‘The Commuter,’ ‘Lover for a Day,’ ‘The Post,’ ‘The Florida Project,’ and More

In the world of Hollywood where “action” is often synonymous with CGI-heavy monstrosities splattered across the screen backed by an assaultive sound design, the blissful visual coherence and immaculately-constructed thrills in the films of Jaume Collet-Serra can feel like the third coming of Alfred Hitchcock (after Brian De Palma, of course). Following a trio of films led by Liam Neeson, he shortened his scope with the career peak of The Shallows, an ingeniously simple but no-less exhilarating shark thriller. The Commuter reunites him with his action muse, multiplying the single-cabin setting and inherent mystery of Non-Stop ten-fold, this time on a Metro-North train. – Jordan R. (full review)

A wild and adventurous fourth feature from French-African director Alain Gomis, Félicité find ourselves in Kinshasa, capital of the Democratic Republic of the Congo, one of the world’s most dangerous places and a hard place in the best of times to make a living. Gomis, alongside cinematographer Céline Bozon, photograph the city as a wild, confused metropolis, unspooling over new-money concrete blocks, dirt tracks and a make-shift hazardous slums. It’s where Félicité, played with style and jazz by Congolese theatre actor Vero Tshanda Beya, works hand-to-mouth as a singer in raucous night clubs. The opening scene shows Félicité in full voice in a dive bar, where men drunkenly brawl and wads of notes are sent her way in reckless abandon, shot with an explosive energy. – Ed F. (full review)

How, exactly, did Sean Baker do it? How did the director of Tangerine make this story of a mother and daughter living at a rundown motel outside of Disney World in Orlando so joyous, sad, and utterly insightful? Young star Brooklynn Prince, giving one of the most natural performances I’ve seen from a child, is essential to its success. And the great Willem Dafoe, of course, has never been better — or sweeter. But Baker deserves the highest praise. He has constructed a film about children and parents that is truly insightful. Does Moonee deserve better? Without question. But Baker shows that even in situations as messy as those depicted in The Florida Project, there can be deep love. And that counts for something. – Chris S.

For way too long now, the concept of #girlpower in comedies has been dominated by white female narratives in which women of color are an afterthought, either playing an assortment of nondescript characters or sassy sidekicks who are always a call away from the white heroine, just waiting to help her solve her problems and win the man. For every How to Be Single, Bridget Jones sequel, He’s Just Not That Into You, and Bridesmaids there are approximately 0.05% (not a real statistic, but it feels like one doesn’t it?) women of color-led comedies out there starring women who aren’t J.Lo. Therefore, Malcolm D. Lee’s Girls Trip feels like the first of its kind: a raunchy, endlessly entertaining comedy written by and starring black women. – Jose S. (full review)

One of the true sui generis films of 2017 and a whatsit in the best possible sense, The Human Surge is as quietly ambitious as any feature film to come out in the past few years. The directorial debut of Eduardo Williams, it uses three filming formats – 16mm, 16mm filming of Blackmagic projection, RED digital – to capture life off the beaten path in Buenos Aires, Mozambique, and the Philippines. Constantly evolving and probing in immaculately choreographed extended tracking and static shots, Williams’s loose, almost documentarian method manages to capture something utterly ineffable about the technologically driven present. – Ryan S.

Lover for a Day (Philippe Garrel)

Philippe Garrel, the 69-year-old veteran of the French New Wave, has produced a casual, bittersweet, and intoxicating study of relationships in flux starring his daughter Esther. In this swift, touching ode to lovers with heart-breaking, irreconcilable differences, the drama appears conventional on first glance, featuring that older-man-younger-women relationship frustratingly perennial in French art cinema, but this is a work of rare clarity by a director whose experience shows. – Ed F. (full review)

Also available to stream is Garrel’s Jealousy and In the Shadow of Women.

Outside In (Lynn Shelton)

Lynn Shelton’s latest film, Outside In, offers what you might expect from a screenplay co-written by mumblecore vet Jay Duplass and the director herself. The drama follows Duplass’ Chris, who has just been released from prison after 20 years for a crime he did not commit. The struggle for an ex-con to adjust to society has been depicted countless times before, so it is no surprise to see Shelton and Duplass showing us Chris’ ineptness at adjusting with life itself. The simplest of tasks are unagreeable to him and he’s even confused by the existence of smartphones and the texting that ensues. – Jordan R. (full review)

Equal parts rousing and intelligent, Steven Spielberg’s continued late-period interest in historical procedurals manifested itself this year with The Post, an account of the Washington Post’s defiance of the Nixon Administration through its publishing of the Pentagon Papers. The modern-day parallels are impossible to ignore, but it is at its very best in its master auteur’s uncommonly vigorous direction, which delights in the thrill of the chase and investigation. It is perhaps fitting that what would conventionally be the climax – the court decision – is almost an after-thought: the act of publishing, of relaying information, is what matters. – Ryan S.