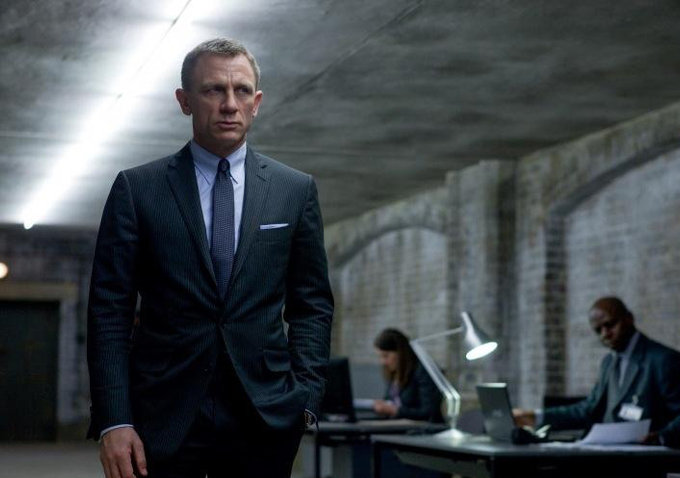 What do you get when you throw forty-three million dollars at an unsuspecting bank-robbing duo comprised of a DEA agent and a Naval Intelligence Officer, both believing the other is a criminal they can use as a fall guy on their respective missions? A pretty fun time. With a poster depicting Denzel Washington’s Bobby and Mark Wahlberg’s Stig back-to-back with drawn guns and money raining down, it’s easy to write the whole thing off as a lame duck unworthy of your time. I know, because I nearly did. But while you may think Denzel ill-suited for an action comedy or Wahlberg notoriously miscast in the type of serious roles Washington usually chooses, pairing them together gives 2 Guns the best of both worlds in a highly entertaining manner. – Nathan B. (full review)

A powerful documentary going behind the scenes to expose the truth about SeaWorld’s dirty little secret, Gabriela Cowperthwaite’s Blackfish shows the consequence of hubristic action. Centered on the death of Orca trainer Dawn Brancheau, the film delves all the way back to the 70s to explain the extensive history of whale captivity and its horrific conditions leading to Tilikum earning the name Killer Whale. Everyone interviewed has extensive first-hand knowledge of the industry and/or Tilikum himself to paint a picture of just how dangerous mankind’s ego can become when bottom-line is king and the people in its control are too young and naive to realize what’s happening. One of the scariest films of the year, we’re shown the tragic result of our yearning to control nature. – Jared M. (full review)

Shifting the story made famous in 1937 by Walt Disney to 1920s Andalusia, Berger has crafted a romanticized vision of a culturally rich Seville in this Snow White update. Homage to European silent films of the era, his magnificently authentic aesthetic includes a bit of a hitch in frame rate, high contrast imagery, and spotlight vignettes to direct our eye through the compositions. There are some beautiful transitions through scenes—especially those designating the passage of time; austere and sparsely decorated title cards depicting the characters’ words; and a rousing score of orchestral melody driving emotion and plot forward through its music. And with the newly injected occupations of our heroine’s parents as matador and flamenco respectively, a couple gorgeously sung pieces help bolster the visuals as well. – Jared M. After taking home top honors at the Oscars with his directorial debut, Terms of Endearment, James L. Brooks followed it up with what would become his most accomplished work to date, Broadcast News. Following the daily work and relationships of William Hurt, Albert Brooks and Holly Hunter, it’s an emotionally honest, thoroughly entertaining look at the world television. While it’s already available on a nice set from The Criterion Collection, the drama just hit Netflix Instant for easy viewing. – Jordan R.

A faux documentary set at a man versus chess computer tournament, Andrew Bujalski returns with a completely original and often hilarious comedy. Shot on vintage Sony AVC-3260 black and white video cameras, this comedy explores various team members and officials who regulate the tournament including my favorite, Papageorge (Myles Paige), who gives one of the funniest deadpan performances of the year. – John F.

There is a fine line between a movie that refuses to hold your hand and a movie that just plain doesn’t know how to pace or structure itself. A film that metes out information casually, in a way that seems natural to the characters and their situations is something to be treasured, a rare piece of storytelling that doesn’t insult the audience through the implementation of hackneyed, forced exposition. However, pushed too far a narrative that begins in medias res and moves forward with deliberate opacity can appear to be either inexpertly plotted or incompetently executed. Dead Man Down walks this tightrope, treading the line deftly though imperfectly, managing to create a compelling narrative that mixes heady action beats with some earnest character work. – Brian R. (full review)

Europa Report is a low-budget thriller about a team’s journey to Europa, one of Jupiter’s moons, in search for life. Thanks to the work of Eugenio Caballero (Pan’s Labyrinth) and John Bair, who handles sets visual effects, respectively, Europa Report is able to capture a sense of wonder and adventure despite the lack of money. Sure, the surface of Europa isn’t able to be seen quite as much as we might wish — it even appears a bit videogame-ish at times — but when we do get to see it, a well-scripted and sharply-acted sequence makes every peek at the beautiful, icy surface quiver with discovery. – Forrest C. (full review)

In the opening scene of Robert Zemeckis’ Flight — a very promising return to live-action form for the guy who, since Cast Away, has spent a lot of time playing around with motion-capture animation — there is a carefully considered, splendidly drawn-out take that is unassumingly effective in the way it introduces us to the rarely-sober life of Whip Whitaker (Denzel Washington). It’s perhaps the subtlest shot in the entire film, and yet it gives us all the high-wire information we need. As Whip bickers with his ex-wife over the phone about tuition fees for the son he hardly ever sees, we immediately recognize the hostile family dynamics at work. As he takes a few sips of beer leftover from the previous night, we get the sense of his alcohol dependency. As he aggressively snorts a line of cocaine, the darkness of this man is taken to a new low. And as a naked Nadine Velazquez walks in and out of the frame, we’re invited to make all sorts of assumptions about Whip’s sex life — though, to be fair, he does gain some credit when we learn that Velazquez’s character is a co-worker, rather than a hooker. – Danny K. (full review) Since his ultra-low budget debut The Brothers McMullen in 1995, actor/writer/director Edward Burns  has carved out a niche for himself as a filmmaker. And though the niche be small, it is dedicated. The stories he tells all exist in that urban/suburban world of “New York City.” It’s a city that extends from Manhattan all the way to Long Island, where men own bars and want sex and women wish their men appreciated them more. Slowly but surely, Burns has crafted a voice that was always honest if not a bit manic into something a bit more pensive and considerate. That maturity is on full display here with the filmmaker’s latest, The Fitzgerald Family Christmas. – Dan M. (full review)

A great Western, a great Gary Cooper performance, and a great manipulation of real-time aesthetics all packed in one small, crackerjack package. Those whose only current associations with High Noon merely traces back to some vague understanding of the set-up and / or hearing the occasional reference — even its very title is more well-known than 95% of entries into the genre, to be fair — are in for a surprise: the picture exceeds any minor trappings that come with its cultural reputation, and that it’s now available to stream (in HD) is one of the few signs that our world isn’t just going to hell in a handbasket. – Nick N.

Neither the sexual horror show its detractors would claim nor the unforgettable erotic experience a few of its more particular boosters might have you believe, Bertolucci‘s flat-out classic is among the finer, most bruising psycho-sexual cat-and-mouse games cinema has to offer — all boosted, we might add, by fascinating, possibly-career-best turns from both Marlon Brando and Maria Schneider. (The work of Jean-Pierre Léaud need not be discounted, while we’re at it.) Stunningly photographed (note how much of the typical Paris iconography is outright avoided), strangely humorous, brutally honest, and impeccably lit — that work comes from the great Vittorio Storaro, here expending efforts somewhat toned-down from he and Bertolucci‘s previous collaboration, The Conformist — Last Tango in Paris is a film that, for all one may assume or remember, must be experienced again and again, the experience at hand something to both cherish and endure. – Nick N. Olympus Has Fallen is a TNT movie, but the best of its kind: one that knows exactly what it is. Director Antoine Fuqua seemingly tailored his heavy-duty actioner for that specific crowd. It hits every action beat in the book, and it hits those notes loudly and skillfully. The Training Day director knows that less sometime is more, unlike the bigger-is-better Emmerich with his recent White House Down. The film succeeds because of Fuqua’s efficient filmmaking and a power-house ensemble – all doing what they’re asked of — that elevates an already well-rounded, joyfully derivative, script. – Jack G. (full review)

Towards the end of Skyfall, James Bond (Daniel Craig) stands on a rooftop, overlooking a cold and moody London morning. It’s a striking image on its own, thanks to both Sam Mendes composing and Roger Deakins lighting the moment with professional aplomb — but there’s something else at play. Acting as a visual echo of an earlier and seemingly normal transitional shot — which is not to discount all the aforementioned skill that goes right with that, either — of a statue overlooking the great city, it becomes clear that this film, both the character’s 23rd installment and his 50th onscreen anniversary, is as much a tribute to the MI6 agent as it is a superb form of entertainment. – Nick N. (full review) An R-rated comedy shouldn’t possess a PG-rated heart. This is We’re the Millers’ main problem because while the profanity-laced adventure has a ton of laughs, one can’t help shake the feeling that it’s targeted to a 13-16 age group who won’t be allowed to buy a ticket. Overt sexual innuendo and f-bombs don’t make up for a lack of anything else that would render screenwriting teams Bob Fisher and Steve Faber or Sean Anders and John Morris to need an R for the story to work. I actually wouldn’t be surprised to discover the former Wedding Crashers pair wrote it as a PG-13 with the latter two coming on board to “spice it up.” Well, the MPAA took notice, but anyone expecting a Bridesmaids/The Hangover caliber comedy will be sorely disappointed. – Jared M. (full review)