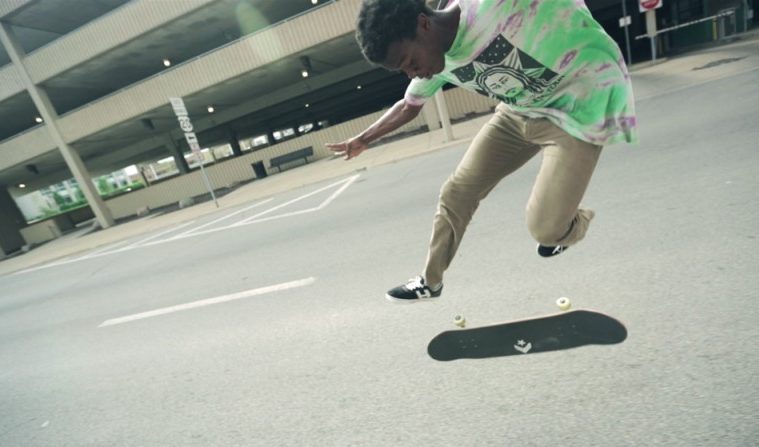 The rich genre of crime film in which dumbasses get themselves in way over their heads has a proud new entry with American Animals. Though premiering as part of Sundance’s U.S. Dramatic Competition, I’d strenuously argue that it is in fact a documentary that happens to be 90% reenactment. Hell, the movie itself even states in the opening chyron that it is a true story, not based on one. The real figures involved not only provide commentary but also shape the film itself, as conflicting testimonies will change a scene’s location or what a certain person is wearing. The conflict between differing points of view and retrospective perspective express the movie’s themes of shaping one’s reality by acting as though you’re in a different story than the one you think you’re living. – Dan S. (full review)

After toying with the mortality of its ensemble in every single film across its now 10-year franchise, the Marvel Cinematic Universe has finally reached a point of no return. Another decade’s worth of teases would only further dilute each life-threatening set piece, and so just as the sweet kiss of death will come for us all, it, too, must come for our costume-donning stars. This being a Kevin Feige/Russo brothers production, however, it’s not all grimace-laden battle cries and dour squabbles. Rather, Infinity War, with its now meme-famous descriptor as the “most ambitious crossover event in movie history,” offers ample space to revel in numerous superhero meet-cutes. Shooting character introductions with more bombast than most of the action, this is a blockbuster that knows its audience’s history with these heroes and effectively pulls all the behind-the-scenes strings to orchestrate the most operatic impact. – Jordan R. (full review)

Before We Vanish (Kiyoshi Kurosawa)

There are few directors who would choose to take a semi-sincere approach to a lengthy pseudo-philosophical science-fiction film — especially not one that lightly pries into our fundamental psychological foibles — but there are few directors quite like Kiyoshi Kurosawa. The prolific Japanese filmmaker behind such varied genre gems as Pulse and Tokyo Sonata has constructed a sort of skittish and overlong, albeit pleasantly existential oddity in Before We Vanish, an alien-invasion B-movie packed with A-grade ideas and craft. Nail down your windows. Lock your doors. It’s the invasion of the concept snatchers. – Rory O. (full review)

Tracing his career from pre-Lyndon as a small-time actor and distant, doting admirer to his role as the main party responsible for the preservation of Kubrick’s filmography, the documentary surveys Vitali and a number of figures affiliated with Kubrick, amassing a collection of archival footage, testimonies, and further information that ultimately resembles the seemingly endless amount of substance Vitali has accumulated in his years working with Kubrick and carrying on his legacy posthumously. Previously unknown or understated knowledge includes Vitali handling the trailers, promotional material, and home-media releases of Kubrick’s work prior to his death, domestic and worldwide, as well as the insane number of prints of Eyes Wide Shut that Vitali sat through in order to make sure everything was as it was supposed to be just prior to the film’s release. (“One in five” out of “something like 2,500 prints.”) – Kyle P. (full review)

The fact that America’s past isn’t without its horrific nightmares of misguided violence and oppression shouldn’t be lost on anyone, especially not with everything that’s going on here today. Our history runs red with the blood of men, women, and children who fought to survive against a force that thought themselves superior because of the color of their skin. White Europeans staked claim upon their arrival, killing the Native Americans with gunfire, alcohol, and disease before chasing them off west. They brought slave ships full of Africans as unpaid laborers, property to be bought and sold. And after the latter won their freedom as a result of the Civil War, the former remained in invisible chains—the discovery of gold in the Black Hills eventually tightening them further. Scott Cooper’s Hostiles (based on an unrealized manuscript by the late Donald E. Stewart) isn’t about that fight per se. Instead he focuses on the aftermath—the cost. – Jared M. (full review)

Pasolini included an “essential bibliography” in the opening credits of Salò, or the 120 Days of Sodom, proffering five philosophical titles by the likes of Roland Barthes and Maurice Blanchot to help viewers navigate his rich and daunting Sadean masterpiece. The closing credits of Arnaud Desplechin’s Ismael’s Ghosts also feature a reading list that could be called essential. Of the four authors listed therein, one in particular might hold the key to interpreting Desplechin’s exhilarating, overflowing mindfuck of a movie: Jacques Lacan. – Giovanni M.C. (full review)

Lorde’s song “Team,” with its lyrics “we live in cities you’ll never see on screen; not very pretty but we sure know how to run things,” seems to sum up the basic story of Bing Liu’s stirring, visually stunning study of time, place, and self. Minding the Gap is a shape-shifting documentary about lost youth stuck in a form of arrested development. They have not quite risen to the challenge of adulthood, stuck — as Springsteen fans know — in the darkness on the edge of town. Instead of music they turn to skating for salvation in fluid, sweeping low-angle, wide-lens shots that recall the collaborations of Terrence Malick and Emmanuel Lubezki. – John F. (full review)

Borrowing heavily from Hardcore Henry, David Cronenberg, John Wick, and ’80s B-movies, Upgrade is the kind of picture where story takes a back seat to the thrills and kills. Directed by Saw series co-writer Leigh Whannell, the film delivers exactly what it sets out to, providing an ultra-violent and often fun camp thriller that stops just shy of potential cult classic status. – John F. (review)

Murder on the Orient Express (review)