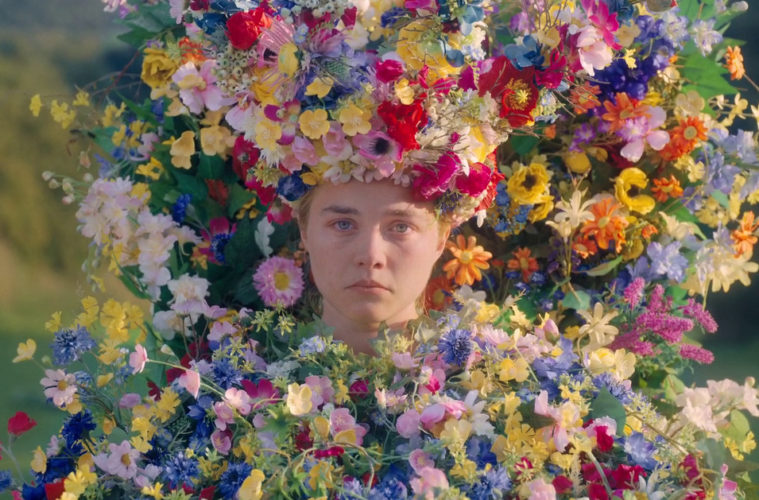 The Art of Self-Defense (Riley Stearns)

If Fight Club taught us one thing and one thing only it is to never underestimate the power of a bored single man with nothing to lose. And that is, in some ways, also the central thesis of Riley Stearns’ delightfully twisted The Art of Self-Defense, a pitch-black comedy starring Jesse Eisenberg as sad sack Casey, a lonely auditor who, in the film’s opening scene, is mocked at a distance in French by a couple. He, unfortunately, has become proficient in French, working his way through cassette tapes on his commute to work. He’s an easy and perhaps asexual target, turning to a meticulously photocopied men’s lifestyle magazine for advice and masterbatorial materials. – John F. (full review)

Gaining notoriety in 1981 when he murdered and ate a Dutch woman in Paris, Issei Sagawa has earned the ghastly label of the world’s most famous cannibal, a title that reflects on not just his own sickness but the ensuing media “phenomenon” that surrounded him. A quarter century later, and no current media sensation other than a recent Vice documentary to really capitalize on, he’s the subject of his own feature film. Thus for Véréna Paravel and Lucien Castaing-Taylor to make a documentary film out of him, one that under a presumed experimental guise, still essentially seeks to provide biography and psychology to the man, comes a nagging feeling of skepticism. – Ethan V. (full review)

The psychological weight of our certain death and the fact that life will go on long after we are departed is difficult to convey visually, but A Ghost Story is one of the most poignant films to ever grapple with this issue. It’s a singular feat of enthralling storytelling that I would say is going to leave a lasting impression centuries after everyone involved has passed away, but as Will Oldham(aka Bonnie “Prince” Billy) ponders in David Lowery’s micro-masterpiece, humanity will eventually perish. It’s not a comforting thought, to say the least, but A Ghost Story leaves enough room for the viewer to find peace in the reflection. – Jordan R. (full review)

One should suspect something’s off the second Domhnall Gleeson’s mustache appears. It’s the kind of too-long-and-groomed-not-to-be-suspicious facial hair that became the staple of silent movie villains who casually twirled it as they waited for trains to put damsels in serious distress. The issue with Lenny Abrahamson’s The Little Stranger is that we’re not supposed to “get it.” Rather, we’re supposed to disregard everything we know about movie codes and let the moody, forced Gothic-ness of the film lure us into its mystery. And anyone who’s seen a film of its type before is likely to unlock the central puzzle in no time, making the rest of the movie a truly laborious experience. – Jose S. (full review)

Magnolia, Paul Thomas Anderson’s follow up to Boogie Nights, his beautifully sad ode to makeshift family units, was once again a meditation on the ties that bind, whether by blood or marriage. The epic-length film focuses on a vast assortment of lost souls living in the San Fernando Valley area of L.A., the action limited to roughly a 24-hour period. Instead of the sunny city streets, we’re often forced into bedrooms and hallways, watching heartbroken sons and daughters implode internally until a wounded breaking point causes them to snap. Likewise, Magnolia is more interested in the interior lives of its characters than in capturing the cultural vibe of Los Angeles, although it also does that casually without calling great attention. It’s a film in which children are used, neglected and abandoned, over and over, creating warped adults out of broken kids. Its characters are all on the verge of collapse, as if carrying a burdening weight which they can no longer support. Magnolia is one from the heart, a boldly confident and stylistically brash behemoth of a film. – Tony H.

Midsommar split open my year like few films can. Getting the chance to catch both cuts (the director’s cut is tremendous) throughout the summer solidified writer-director Ari Aster’s sophomore feature as the horror odyssey to beat. Aster ditches the stilfied interiors and calculated precision of Hereditary for a more elemental, flowing picture, capitalizing on Florence Pugh’s God-tier performance and backing her talents with visual ingenuity and immersive sound design. Aster’s orchestration of bodies within a frame, and his play with wide angle and deep-focus photography creates a rich sensory experience, allowing the film to glide like the breeze while still twisting the screw toward incurable puncture wounds. This all builds toward a coda carried on Pugh’s shoulders, elevated by a searing, cranked up score, and bellowed like an exhalation—and obliteration—of trauma and grief. – Mike M.

Where to Stream: The Criterion Channel (this month only!)

Inherit the Viper
The Sonata