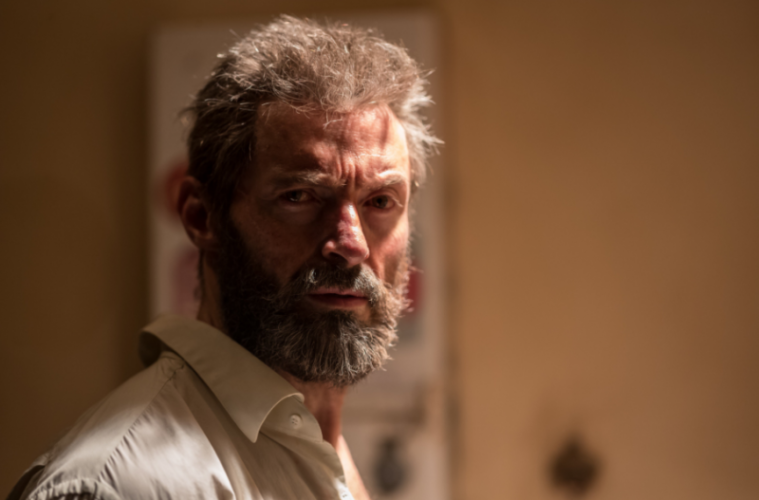 Before I Fall (Ry Russo-Young)

Harold Ramis certainly didn’t invent it, but his Groundhog Day made the narrative loop device a mainstream mainstay, lovingly aped in everything from Source Code to Edge of Tomorrow to 50 First Dates. In Before I Fall, the loop treatment is utilized rather intelligently by director Ry Russo-Young, from Maria Maggenti screenplay adapted from Lauren Oliver‘s novel. – Dan M. (full review)

After the formally rigorous character studies of Afterschool and Simon Killer, director Antonio Campos seems like the ideal fit for the unsettling drama of Christine. His first feature based on a true story, it follows the final weeks of the life of Christine Chubbuck (Rebecca Hall), a Florida-based news reporter who committed suicide live on air in the summer of 1974. Plagued by depression and fed up with the shifting exploitative nature of broadcast news, Craig Shilowich‘s script — the first time Campos hasn’t written his own — is a two-hander that digs into mental illness as well as the push for this brand of attention-grabbing stories, but both sides never fully gel. – Jordan R. (full review)

Thomas Vinterberg has yet to re-attain the heights of his 1998 breakthrough feature, the vehement Dogme inaugurator The Celebration. His focus on the scabrous underpinnings of interpersonal relationships has remained more or less constant, but his treatment of the subject has lost its trenchancy, and films such as Submarino and The Hunt are too willful and calculated in their abrasiveness to achieve genuine insight. Vinterberg co-wrote those later features with Tobias Lindholm (director of the excellent A Hijacking and A War), and the two Danes reunite for The Commune. While surprisingly moderate by the pairing’s standards – no child molestation, lynch mobs, drug addiction, or suicide this time around – their latest attempt at dissecting the human condition ultimately reveals itself to be as cynical and glib as their previous collaborations. – Giovanni M.C. (full review)

A lighthearted take on director Yasujiro Ozu’s perennial theme of the challenges of inter­generational relationships, Good Morning tells the story of two young boys who stop speaking in protest after their parents refuse to buy a television set. Ozu weaves a wealth of subtle gags through a family portrait as rich as those of his dramatic films, mocking the foibles of the adult world through the eyes of his child protagonists. Shot in stunning color and set in a suburb of Tokyo where housewives gossip about the neighbors’ new washing machine and unemployed husbands look for work as door-to-door salesmen, this charming comedy refashions Ozu’s own silent classic I Was Born, But . . . to gently satirize consumerism in postwar Japan. – Criterion.com

Three years after emerging as the break-out character of the break-out hit The LEGO Movie, the egotistical, comically brooding, rap-freestyling LEGO iteration of Batman now has his own spin-off film. The LEGO Batman Movie continues the stylistic precedent set by the first film, taking off from 0 to 100 at the first frame and barely slowing down throughout its runtime. Jokes are set up, given a punchline, and cut away from within the space of a second. (Example: A cat is toasted by lava, then cries out “I’m okay!”) The action is hummingbird-rapid, the characters moving barely south of too fast to see. The camera jets through cityscapes crammed with details that will only be possible to appreciate via freeze frame at home — a theater viewer can discern select Easter eggs almost subliminally. – Dan S. (full review) It will be a little worrying for some readers to consider that it’s been 17 years since Hugh Jackman first broke out the adamantium claws. Since then, the affable Aussie megastar has enjoyed nine outings as the mutant Wolverine to varying degrees of success. He bows out of the series with a considerable amount of class in James Mangold’s Logan — a rather brilliant mesh of dystopian and superhero tropes that proves to be as entertaining as it is timely. – Rory O. (full review)

Tender and haunting, So Yong Kim’s Lovesong is a carefully observed, nuanced character study beautifully written, directed and edited. Much of the action, like in her pervious features In Between Days, Treeless Mountain and For Ellen occurs at the edge of the frame. Exploring the bounds of motherhood, childhood and maturity, Lovesong is an impressive and observant feature in which Kim allows the relationships the breathing room they require for authenticity. – John F. (full review)

The Place Beyond the Pines (Derek Ciafrance) Retaining the gritty authenticity of his lyrically heartbreaking Blue Valentine, Derek Cianfrance‘s new insanely ambitious look into the nature versus nurture equation feels much smaller than its reality. It would be easy to say The Place Beyond the Pinesgives us too much to process in too contrived a way, but I believe that would be too quick a judgment. Shifting character focus three times, the film will have you wondering if it would have worked better with an earlier ending. But then you’d miss the emotional ramifications man’s actions can cause—every choice a butterfly effect that alters lives and perceptions in irrevocable ways. How we react to our mistakes can go a long way towards assuaging our guilt or it may simply drag us down further to the point of destruction. – Jared M.

Post-apocalyptic thrillers don’t come much leaner or meaner than Northern Irish director Stephen Fingleton’s gripping debut feature The Survivalist. The world’s population has polluted the earth to the point of extinction – a fact snappily brokered by an opening graph comparing increasing oil production to a rapid decline in the worldwide population – with the few survivors living off the scraps that the land provide. Our rugged unnamed hero (Martin McCann) lives in a rural shack surrounded by woodland, spending his days growing crops in his garden and whiling away his time looking over photos of his past, presumably long dead, wife. – Ed F. (full review)