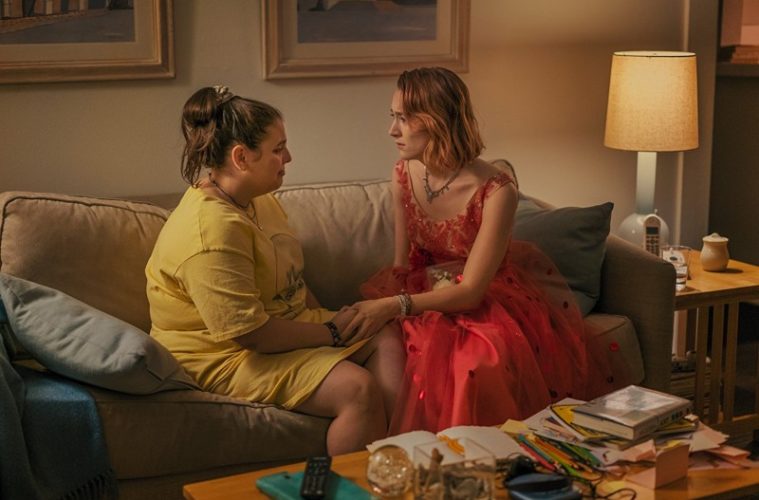 Pixar’s best film in years, Lee Unkrich and Adrian Molina’s Coco does what the studio does best: create rich, human stories with a range of deep emotions and textures. The vibrant story centers on a 12-year old Miguel, a rebellious musical from a family of shoemakers who have forbidden him from playing rock ‘n’ roll. Idolizing music legend and matinee idol Ernesto de la Cruz, he finds himself on the other side of the Day of the Dead in a film about culture, legacy, honor and remembrance. Operating in a similar mode to another film about love and loss, A Ghost Story, Coco is just as rich and striking a deep emotional cord as Miguel traverses time to unpack a forgotten family history. The vibrant land of the dead is matched in the realm of the living with uncanny detail and emotional accuracy, lovely music, and engaging plots and subplots. Its glorious visuals are perfectly matched with first-rate storytelling. – John F.

There are no screaming matches or overt arguments, nor is there any sort of frenetic camera work, yet Golden Exits is unmistakably the work of Alex Ross Perry. The insecurities that bubbled up and exploded through his characters in Listen Up Philip and the even-more-heightened Queen of Earth stay grounded with his relatively small-scale latest film, these anxieties rather becoming the subtext for nearly every conversation. It’s a work of small decisions and jabs, glances and non-action. Should I stay at this bar where temptation exists? Should I continue staring at a woman that will only bring upon personal suffering? – Jordan R. (full review)

Like waking up to start your day in your dingy flat, only to realize you dosed three tabs of high-grade LSD before drifting off the night before; as the room shifts, your confusion rapidly develops into heart-thumping stress as you remember you have something really goddamn important to do today — life or death sorta stuff. This is the feverish, ultra-anxiety-inducing sensation that Good Time plunges viewers into from its opening seconds. A sort of cinema delirium, it pulses with a vibrant potency that reminds you film can grab you by the throat; I barely breathed, and I loved every second. – Mike M.

He never really left, but Steven Soderbergh is now officially back to movie-making and the results are top-notch. “It evinces so much of what’s made him that rare journeyman between arthouse and multiplex; and while one is by and large well-inclined not to presume much about career-sized intentions, a cursory glance reveals overlap after overlap,” Nick Newman said in his review. “It’s an easy-enough game of spot-the-predecessor — the heist mechanics of an Ocean’s movie, the working-class struggle of a Magic Mike, and, first most riskily and then most fascinatingly, the procedural iciness of a Side Effects or Contagion.”

Night of the Living Dead (George A. Romero)

The passing of George A. Romero last year struck the hearts of horror fans worldwide as his particular kind of scrappy genre genius has been paid homage to, but never precisely replicated. Now available on FilmStruck alongside a release on The Criterion Collection is a restoration of his landmark classic Night of the Living Dead, which turns 50 this year and is still a benchmark for how make a zombie thriller.

There’s a reason Martin McDonagh can write a film like Three Billboards Outside Ebbing, Missouri despite being a British playwright: he’s not writing America. He’s writing mankind circa 2017 through America. We are the angry townspeople screaming. We’re the posturing cowards who don’t actually care enough to act until our lives are affected. Anger begets more anger because we’ve lost the ability to answer it with anything else. There’s no redemption here. No vengeance. McDonagh’s damning treatise on 21st-century rhetoric’s rejection of responsibility is the blood-spewed rage we wield to combat the numbing guilt and hopeless despair consuming us whole. – Jared M.

As a child I loved spinning in my living room pretending I was Lynda Carter as Wonder Woman. I’d never have imagined I’d feel the same way in my 30s watching the big screen version of the Amazon princess’ story, and yet Patty Jenkins’ ode to the goodness of humanity did just that. Kudos to Gal Gadot for reminding us superheroes can have a sense of humor while they kick some major villain ass. – Jose S.