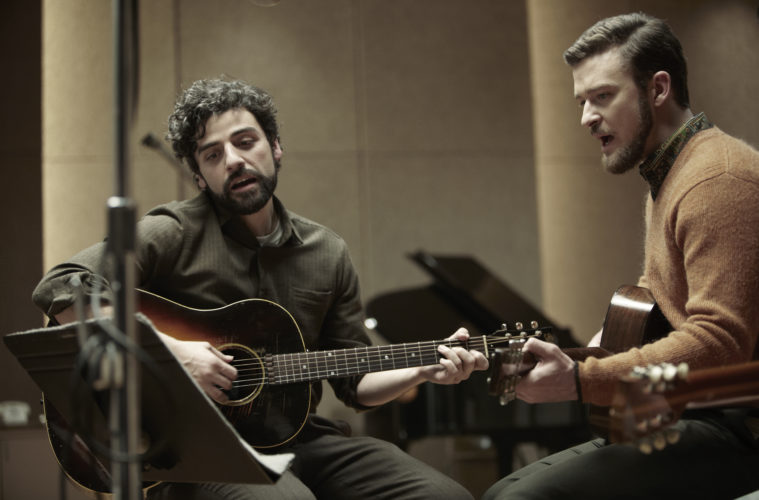 A Birder’s Guide to Everything (Rob Meyer)

I don’t know any birders in real life, but on the whole, they sure do seem like nice folks. After the delightful, yet little seen, The Big Year and the even more delightful teen comedy A Birder’s Guide to Everything, I may consider taking up the sport this summer. Co-written by Oscar winner Luke Matheny and director Rob Meyer, the story is simple; a high school expedition club, the Young Birder’s Society, including our hero David (Kodi Smit-McPhee), Timmy (Alex Wolff) and Peter (Michael Chen) go on a wild goose (er, bird) chase, seeking out an extinct Labrador duck that David finds in his neighborhood. “Borrowing” a car (where they find what might either be rock candy or crystal meth) they head northwards to New England on a spring day, encountering the kinds of funny obstacles you might expect to find in this kind of adventure comedy. – John F. (full review)

David O. Russell’s latest success has been brushed off as “Scorsese-lite” in some circles, but that’s a silly, baseless criticism. In fact, American Hustle feels as wonderfully free-form as Soderbergh or Altman, a character study more interested in mise-en-scene and dramatic fakery than plot. Christian Bale, Amy Adams, Bradley Cooper, and, especially, Jennifer Lawrence have never had such meaty parts, and all have never been stronger. It’s a glorious high, and one can imagine Russell smirking on the sidelines, as exhilarated as we are. – Christopher S.

Yes, the rumors are true; the legend of Ron Burgundy continues, and if it’s not an unexpected journey, it not so unexpectedly utilizes some Journey songs along the road to victory. There’s certainly plenty of epic 80’s pop-rock to both commemorate and eulogize this titular titan of TV news and the era he and his cronies represent. In many ways, Adam McKay’s long-coming sequel is just as absurd, corny and pleasingly durable as any of the familiar tunes it drags back up on stage. Will Ferrell steps back into the character in a way that suggests possession more than habitation, and he and McKay return to their creation with a sense of affection that makes all the difference. – Nathan B. (full review)

As The Dust Settles (Various)

Burning Man for many has become the modern day Woodstock, an enigmatic event held once a year amidst the barren wasteland of the Nevada Desert. People from all different walks of life abandon their daily routines for a week free of inhibitions, surrounded by wondrous pieces of art, musical experimentations and wild parties filled with neon lights once the sun disappears into the horizon. In 2008, a group of six filmmakers embarked on a participatory documentary to capture the magical experience of what brings thousands of people each year to this desolate area of the desert, offering various points of views from vastly different creative minds. The end result is As The Dust Settles, a labor of love from five directors and producer/editor Mike Hedge, who compiled the hundreds of hours of footage into a fascinating kaleidoscope of what makes the trip to Burning Man so unique and compelling. – Raffi A.

How I Live Now (Kevin Macdonald)

After barely making a blip last fall, Kevin Macdonald‘s latest features is now available to stream on Netflix. Per the official synopsis, “Set in the near-future UK, Saoirse Ronan plays Daisy, an American teenager sent to stay with relatives in the English countryside. Initially withdrawn and alienated, she begins to warm up to her charming surroundings and strikes up a romance with the handsome Edmund (George MacKay). But on the fringes of their idyllic summer days are tense news reports of an escalating conflict in Europe. As the UK falls into a violent, chaotic military state, Daisy finds herself hiding and fighting to survive.” – Jordan R.

Take out True Grit, which I still haven’t come around to, and the recent run of the Coen brothers—No Country for Old Men, Burn After Reading, A Serious Man, Inside Llewyn Davis—is as spotless as anything in American narrative cinema right now. The new film is an indelible portrait of an artist who’s both musically talented and professionally doomed. When Oscar Isaac sings “Hang Me, Oh Hang Me” in the opening scene, into the smoky residue of the Gaslight Café circa 1961, it’s a performance I’d pay good money to see in person. And yet, when Isaac’s later, equally moving rendition of “The Death of Queen Jane” is met with devastating financial skepticism by F. Murray Abraham’s Bud Grossman (“I don’t see a lot of money here”), we don’t bat an eye. That these two things—crystal-clear talent and terminal obscurity—are intertwined so flawlessly into Llewyn’s scenario is some kind of miracle of performance, tone, and worldview. The movie rejects easy nostalgia for the Greenwich Village folk-music scene and instead presents the trade as arduous, stark manual labor—an endless cycle of songs, deals, feuds, junkies, cargo, cats, cars, and couches. – Danny K.

Coming from Justin Chadwick (The Other Boleyn Girl) and a script from William Nicholson (Gladiator, Les Misérables), this Mandela biopic certainly didn’t light up the awards circuit like The Weinstein Company was clearly hoping it would. Led by Idris Elba, Skyfall’s Naomie Harris, and more, we didn’t get around to checking it out last fall, but it’s now available on VOD. – Jordan R.

Out of the Furnace (Scott Cooper)

After directing Jeff Bridges to a Best Actor Oscar with 2009’s safe, humble, crowd-pleasingCrazy Heart, it’s admirable for writer-director Scott Cooper to turn around and make something as deathly bleak as Out of the Furnace for his sophomore outing. The movie wanders through its various storylines, ensemble players, and small-town details without a care for conventional structure or logline-friendly narrative developments — neither watching the trailer nor browsing the one-sentence IMDb synopsis will really give you a legitimate idea of how Out of the Furnacemoves and breathes, or where Cooper’s script (heavily reworked from a highly-touted Brad Ingelsby spec) is planning to take its characters. If this resolve, along with some unexpectedly elaborate direction, represents what’s laudable about Out of the Furnace, the weaknesses of the resulting film are almost entirely the result of a wall-to-wall sense of nastiness and faux-gritty miserablism. – Danny K. (full review)

Pit Stop, an ambitious undertaking about two gay men, their current relationships, and the flings that eventually lead them to one another, never becomes the great movie packed so densely inside of it. There is plenty to love about the film’s subtext. For one, it devotes equal amounts of time to heterosexual and homosexual relationships in a way that treats both of them as normal. More than that, it does so in a film set in small-town Texas, by default one of the most conservative places in the country, and so there are several references to needing to hide homosexuality that, with the film’s progressive politics, becomes fairly despicable (as illustrated by a timely joke told at dinner between two characters). That is to say, Pit Stop finds a way to manage to portray homosexual relationships as being very much the same as any other, even in the most secretive of circumstances, despite making a deal out of the way it is seen as being “different.” It’s a subtle and much-needed call for equality. – Forrest C. (full review)

Reaching For the Moon (Bruno Barreto)

Reaching for the Moon is a lush, erotic and mature drama chronicling several years (we’re uncertain how long, but it’s temporal disorientation is intentional) in the relationship of the American poet Elizabeth Bishop and the Brazilian architect Lota de Macedo Soares. Bishop is played is a complex and moving performance by Miranda Otto, with a strong, commanding performance by Gloria Pires as her lover. Bishop leaves New York City, seeking inspiration she visits her former college classmate Mary (Tracey Middendorf) for a few days in Rio, a city Bishop initially says reminds her of Mexico City crossed with Miami. – John F. (full review)

Here it is, marshmallows, the results of your faithful fan dedication in the form of a feature film. Good luck leaving your expectations at the door. If you don’t get the marshmallow reference, then you are already at a slight disadvantage when coming to the film version of Veronica Mars, a labor of love that has truly been made for the fans with newcomers as an afterthought. That approach makes good sense too, when you consider that this follow-up to the cancelled three-season series about a teenage Californian detective was willed into existence by a fan-driven Kickstarter campaign, drumming up a record-breaking $5.7 million. The real question here is how well does this Mars navigate that tricky middle-ground, between telling an accessible story while indulging the faithful in the characters and world they came to love? – Nathan B. (review)