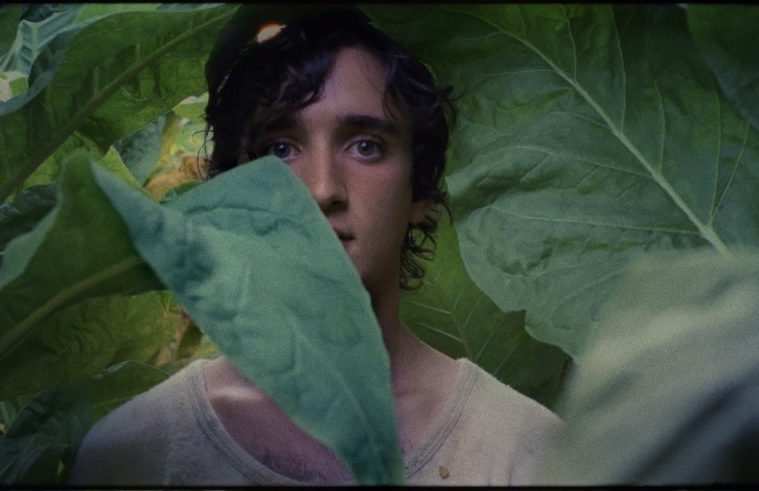 New to Streaming: ‘Happy as Lazzaro,’ A24 on Kanopy, ‘In the Realm of Perfection,’ and More

A24 Films on Kanopy

With FilmStruck sadly heading into its early grave last night, one may be looking for more options for streaming. One of the best alternatives is Kanopy, which can be accessed for free with a library card in select areas. They’ve also just added a wealth of A24 films (72, to be exact) ranging from this year’s First Reformed and Lean on Pete all the way back to their first offerings like Enemy and Spring Breakers.

Recently, Kent Jones’ Hitchcock /Truffaut — a documentary on the famous interview sessions between the two directors — boasted perhaps the most chaotic, dignity-threatening queue of any film screened at Cannes. There is a craving for this sort of thing among cinephiles it seems and it’s easy to see why. Directors just seem to open up much more when speaking to one of their own kind. Brian De Palma, the subject of this fine documentary, says that they’re “the only ones who understand what we go through.” Over the last five years, fellow directors Noah Baumbach and Jake Paltrow shot over 30 hours of interviews with the movie icon and have distilled them down into this rich feature-length documentary. De Palma is a fascinating, revealing and compelling overview of a remarkably eclectic career, but it’s also a seldom-heard first-hand account of what it’s like to work inside and outside the Hollywood system. – Rory O. (full review)

With their third feature, Hélène Cattet and Bruno Forzani tackle the poliziotteschi genre instead of the giallo (here’s hoping for the peplum next). The picture is focused on the fallout of a gold bar robbery in the Mediterranean; a gang of thieves, artists and motorcycle cops colliding to a naturally bloody end. Adapted from a novel by Jean-Patrick Manchette and Jean-Pierre Bastid, yet still not providing too much in the way of narrative, this writer could at least discern plot points involving a Rabid Dogs-like kidnapping, a Treasure of Sierra Madre-inspired descent into greedy violence and, of course, some psychosexual hijinks that likely invokes every genre picture of the past fifty years. If there’s a driving force one can find, perhaps it’s just the greed in a man’s eyes at the sight of gold. – Ethan V. (full review)

If you don’t mind intermittent ads, a batch of films are now available for free and legally on YouTube, including much of MGM’s library and more. Highlights include The Terminator, the Rocky series, Hirokazu Kore-eda’s I Wish, Hou Hsiao-hsien’s The Assassin, Johnnie To’s Drug War, and more.

Halfway through writer-director Jean-Paul Civeyrac’s cinephile coming-of-age story A Paris Education, a girl confronts a budding filmmaker: “You seem out of touch with reality… like you live an armchair life.” It is not the first time aspiring cineastes in Civeyrac’s IndieLisboa entry get scolded for being self-centered navel-gazers, nor does the slap feel entirely undeserved. A mélange between Garrel’s Regular Lovers (with which it shares a gorgeous black and white cinematography, courtesy of DP Pierre-Hubert Martin) and Mia Hansen-Løve’s Eden (of which it echoes the same affection for deranged, self-destructive loners), A Paris Education follows the solipsistic journeys of a few film students whose only real concern in life seem to be whether or not they’ll ever join the ranks of the auteurs they binge-watch before reality catches up with their dreams. – Leonardo G. (full review)

The World is Yours (Romain Gavras)

I have often been a touch skeptical that Gavras’ work, however unique and strangely beautiful, is, in essence, some finely crafted brand of poverty porn. Sure the director is the son of a Greek immigrant but hadn’t his father already won an Oscar and was about to win the Palme d’Or when Romain came into the world? Who are we to judge and, whatever the case, I am certain of the man’s adoration for the lifestyles he depicts, not to mention his auteur credentials. Many have tried to mimic this look (mostly arbitrarily but some, admittedly, with relative success (The Blaze)) but not one pretender has shown anything close to Gavras’ poetic, fetishistic eye for the absurd homoeroticism of male working-class tribes. – Rory O. (full review)