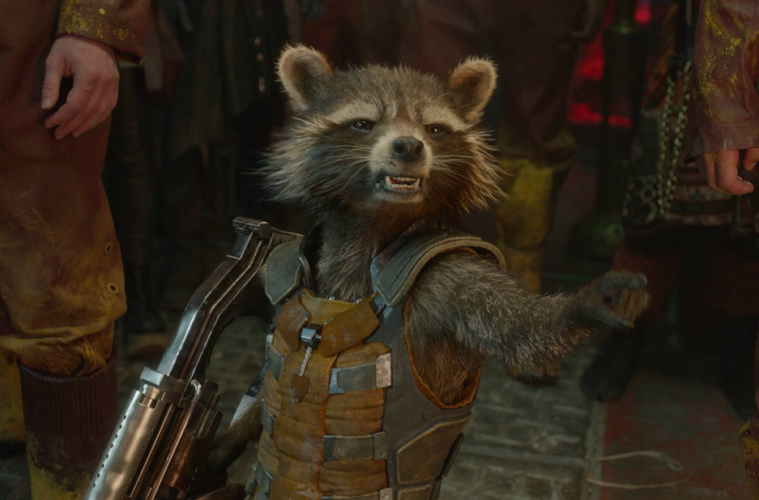 New to Streaming: ‘Guardians of the Galaxy,’ ‘Boy Meets Girl,’ ‘The Frame,’ ‘The Sleepwalker,’ and More After years and years of being relegated to the torrent networks, Leos Carax‘s debut is now available to millions in HD. Though seemingly as inscrutable as all the rest, Boy Meets Girl is actually the most accessible for its depiction of thwarted, confused, emotionally chaotic love. Let this be the start of your journey down the rabbit hole of his work — it’s not like Mauvais Sang and Holy Motors aren’t right there, anyway. Also newly available is a documentary on the director’s work, Mr. X. – Nick N.

Where to Stream: Netflix and Netflix

While there’s a handful of horror films now in theaters, we can’t imagine a better use of one’s time than revisiting (or discovering) one of the genre’s first, and best, entries. Robert Wiene‘s seminal German Expressionist feature The Cabinet of Dr. Caligari recently underwent a digital restoration which premiered at the Berlin Film Festival earlier this year and now it’s available to stream on Netflix. For fans of the film, we’re also giving away the Blu-ray this week. – Jordan R.

Released in 2009, Jamin Winans‘ sci-fi fantasy feature Ink was a testament to what filmmakers can pull off in a do-it-yourself, low-budget arena. Made for $250,000, it followed a creature that would steal children’s souls, and after touring the festival circuit, Winans and his producer (and wife) Kiowa K. Winans decided to self-distribute the project and even embraced the attention due to piracy. Five years later, they’ve now returned for a new, mysterious project titled The Frame, and it’s now available to stream. – Jordan R.

Guardians of the Galaxy (James Gunn) The opening scene of Marvel’s Guardians of the Galaxy is decidedly Earth-bound; a young boy sits in the waiting room of a late 90’s hospital, listening to 10cc’s “I’m Not In Love.” A few emotional moments later—after the whole world has changed for the lad—he runs outside and is caught in the blinding spotlight of a gargantuan spacecraft that hovers above him, breaking the calm of an otherwise silent summer night. It’s an image more fitting of an old pulp magazine or Golden Age sci-fi novel than a modern comic book, and it’s an inviting peek into the headspace of James Gunn’s take on the wilder side of the Marvel Universe. – Nathan B. (full review)

Far too sloppy a film considering the touchy subject matter, Happy Valley gets lost in dissecting the slipshod media coverage that occurred as the Jerry Sandusky Scandal was unfolding, instead of offering anything new in the way of evidence or documentation. This is subpar work coming from accomplished documentarian Amir Bar-Lev. If you watch the news, Happy Valley isn’t worth your time. – Dan M.

Directors Tony Mahony and Angus Sampson‘s The Mule is not at all what one might expect. The marketing materials draw it up as a B-movie romp, something the involvement of Sampson and Saw co-creator Leigh Whannell (they co-wrote this one together from a story by Jaime Browne) helps corroborate. Besides a couple gross-out moments due to the excremental nature of the plot, however, the film proves differently. It’s instead a rather slowly paced true-life thriller spanning two weeks while the authorities wait on their captive Ray Jenkins (Sampson) to relieve himself of the twenty condoms full of heroin he swallowed in Thailand. The intricacies of the yarn they’ve woven increase as new revelations about who’s involved and role reversals concerning who’s on the take are exposed to ultimately prove the journey rather engrossing as a result. – Jared M. (full review)

Clearly inheriting its thematic ambition from the old adage of “less is more,” The Sleepwalker takes a good long while to do not too much, and although the journey is riddled with some beautiful lensing, top-notch acting, and a very memorable score, the audience is left wanting more. Directed by Mona Fastvold, from a screenplay by Fastvold and star Brady Corbet, The Sleepwalker tells the story of Kaia (Gitte Witt) and Andrew (Christopher Abbott), a young couple determined to renovate Kaia’s late father’s home, nestled in the middle of a secluded Massachusetts. Plans change when Kaia gets a late-night call from her half-sister Christine (Stephanie Ellis), who’s pregnant, engaged, and looking to spend some quality time at the old home. Christine’s fiancé, Ira (Corbet), appears the next morning, bringing with him an upper-class snobbery to which working-class Andrew does not respond well — and, so, with all four of our players finally under the same roof, secrets slowly creep their way to the surface. – Dan M. (full review)

Under the Skin (Jonathan Glazer) Each shot, scene, and location flows together in perfect harmony. Director Jonathan Glazer packs all these pretty images with real emotion, thanks to cinematographer Daniel Landin‘s stunning work, Mica Levi‘s haunting and moving score, and, of course, Scarlett Johansson‘s ambitious performance as an alien who abandons her mission. This is the kind of risky performance where an actor could easily fall on their face. Some scenes take huge tonal risks that only a good actor could pull off. Thankfully, Johansson is always up for the challenge. – Jack G.

What Now? Remind Me (Joachim Pinto)

Joachim Pinto’s What Now? Remind Me begins as a personal diary film, a chronicle of his ongoing to struggle to live with AIDS, interesting primarily because of Pinto’s storytelling abilities and his myriad approaches to sound—one the film’s strength is in its selection, deployment, and mixing of synced sound, voiceover, and music—but it gradually evolves into something more. Pinto turns his camera on bugs, a field that he and his partner work, and his dogs, which bring a much-needed vitality to the film on several occasions. One of the dogs, Rufus, is also dying, and if it doesn’t rain, so might the crops. Pinto says at the start that it is a notebook by and for him, but as its almost three-hour runtime elapses, it turns into a meditative pondering of the finitude of our time on earth, and earth in general. “We are not special,” Pinto reminds us, “just recent.” – Forrest C. (full review)

Joe Berlinger‘s sprawling and ambitious documentary tackles the trial of one of the countries most infamous criminal masterminds, James ‘Whitey’ Bulger. It is an explosive examination of the many players involved in his sprawling web of crime that spanned nearly thirty years. By carefully following the prosecutors, defense attorneys, thugs turned rats and family members of the victims seeking justice, the film weaves together an ornate tapestry of corruption that is a comprehensive exploration of a very complicated case. Insightful and revelatory, this documentary will surely fascinate anyone with any interest about the case or learning about the man who inspired Jack Nicholson‘s character in The Departed. – Raffi A.

As Above, So Below