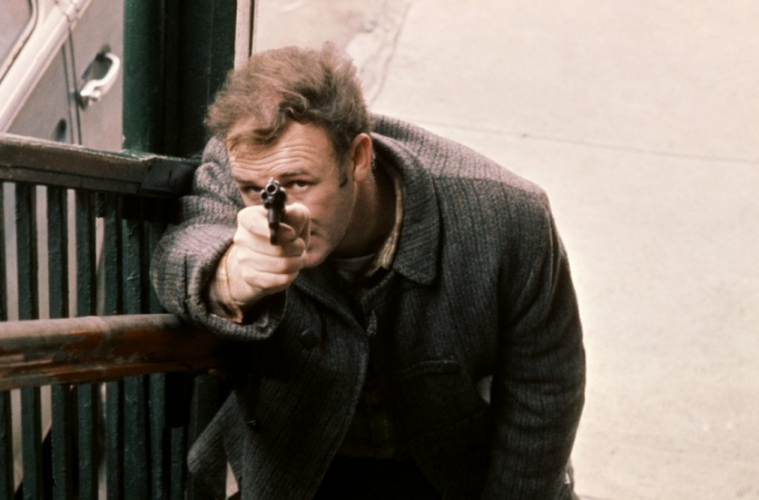 What James Franco tries, valiantly, is the equivalent of attempting to novelize Ingmar Bergman’s Persona or Jean-Luc Godard’s Breathless. The former is nigh impossible, but the multi-hyphenate took a shot at an equally difficult translation of mediums, adapting William Faulkner’s As I Lay Dying into a movie. Persona and As I Lay Dying are so firmly rooted in their specific medium that trying to divorce the story from the setting would ruin the entire aesthetic experience either work is capable of providing. Breathless, by contrast, has a functional narrative and could be seen as just a pulpy gangster send-up, but doing so largely misses the work’s genius — in a certain sense making a perfect comparison for Cormac McCarthy’s Child of God, a book which, as it so happens, is Franco’s latest endeavor. The medium-specificity of each of these four works can be simplified to one thing: syntax. – Forrest C. (full review)

Beautifully simple yet breathtakingly bleak, the family turmoil at the heart of Ruben Östlund’s Force Majeure hits a deeply resonant emotional chord. The plot revolves around an unexpected force of nature in the Alps that plunges a Swedish family into a frigid turmoil on a holiday retreat. There is an undercurrent of darkly comedic vibes that are accentuated with minimalist cinematography that carefully uses the wintery elements, like the encompassing blindness of snow, to great effect. But it’s the deadpan stares and demeaning looks between husband Tomas (Johannes Kuhnke) and his wife Ebba (Lisa Loven Kongsli) that make it hard to turn away from the awkwardness of this powerful family drama. – Raffi A.

Gene Hackman’s Popeye Doyle is as iconic as any movie detective to roam the New York streets, though this William Friedkin classic could simply earn its spot for a greatest-of-all-time car chase that, on a dime, turns the city into perilous stomping grounds between good and bad. Everything else is authenticity delivered with ease: pre-dating The Wire by more than thirty years, The French Connection’s use of mechanic shops, police houses, and filthy apartments all lend atmosphere that could never be captured on the page. – Nick N.

For all who label it too brutal or too redundant compared to an ever-increasing catalog of authentic war dramas: shut up. With quite possibly the best ensemble cast of 2014 anchored by a supporting actor Oscar nomination-caliber performance from Logan Lerman, I was on the edge of my seat throughout. Fury, like 2009’s Lebanon, is less about the war or the vehicle wearing the film’s title proudly as it is the men packed within a ticking bomb. It’s a character-driven work expertly written to allow each actor room to deliver as much substance by expression as words. A devastating two-plus hours at the movies. – Jared M.

If anyone asked if Jason Reitman was truly a great director or, rather, someone with excellent luck in choosing projects — I remember thinking his Best Director nod for Juno was premature, myself — Labor Day should set the record straight. This is very much a different beast than his previous works, pushing comedy to the side for poignant drama and a surprising romance formed in the face of an impossibly difficult situation. He consistently gets stellar performances from a lineup, has an impeccable rhythm when pacing stories, and, no less, finds a way to make even the most contrived situations drip with authenticity. – Jared M. (full review)

Deep within the tumultuous, creative mind of musician Willis Earl Beal (played by the real-life musician of the same name) is where writer/director Tim Sutton‘s Memphis takes place. When we first meet Willis, he’s talking big and bad at the host of a local Memphis talk show. He describes his work as “sorcery,” a kind of trickery of the human soul. What follows is Willis’ fight against normalcy. Though it’s clear the man has found some success in the music business, he spends his days wandering around Memphis on his own, mumbling to himself and those around him. He’s got a mostly ex-lover and child he barely sees and a fleeting wish to rediscover his faith. In one poignant scene, Willis, dressed in a sloppily put-together suit, attempts to address an excited congregation only to go speechless. – Dan M. (full review)