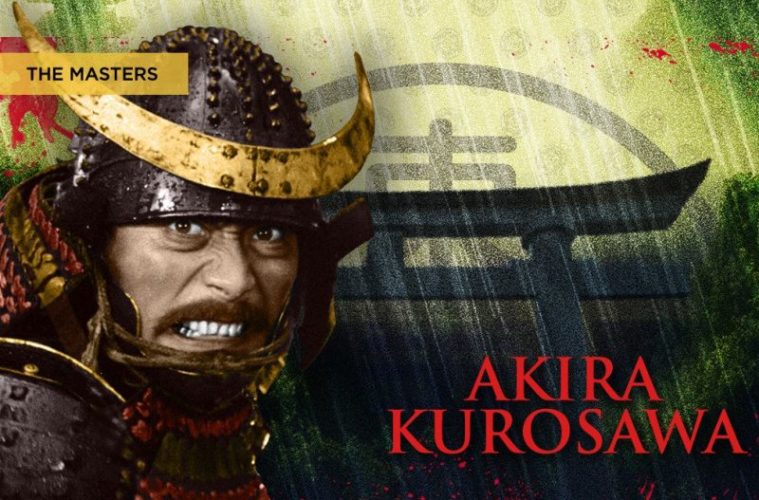 Throw a dart at a map, and you can make a World War II movie set in whatever place you hit. Of course, pretty much any film about the Good War that doesn’t focus on the American (sometimes British) point of view of the conflict will probably seem “random” to the mainstream; one odd side-effect of Hollywood’s Oscar-baity love of the era. But there are literally thousands of facets of World War II that have relatively little cultural exposure. And despite the fact that Anthropoid is the sixth film on its particular subject (with a seventh, the bafflingly-named HHhH, imminent), if you quizzed a random person about Reinhard Heydrich, the Nazi occupation of Czechoslovakia, or Operation Anthropoid, you’d likely get blank stares. Which is a shame, since it’s a riveting story. It’s even more of a shame that Anthropoid can’t do it justice. – Dan S. (full review)

Before the Flood (Fisher Stevens)

In so many ways, Before The Flood, directed by Fisher Stevens, is like any climate change documentary released in recent years, save one facet: Leonardo DiCaprio. Sure, Leo’s been a climate activist for most of his adult life — even producing and narrating the under-seen climate doc The 11th Hour in 2007 — but here he is, front and center, from beginning to end. His general likability and genuine passion for the subject alone makes the piece worth watching. – Dan M. (full review)

Lobbing the proverbial one up for dissatisfied critics to knock out of the ballpark, Drake Doremus’ Equals is a love story set in a dystopian future where emotions, it would seem, have been scientifically obliterated. The latest film from the Like Crazy director is not really lacking in emotions — quite the opposite if anything — but it is, quite frankly, a bit dull as it plays out in a near constant melodramatic key. – Rory O. (full review)

Eye in the Sky (Gavin Hood)

Though it tackles drone warfare, Eye in the Sky removes itself from many of the thornier issues of this ultra-timely subject. It’s modeled as a gritty military thriller, but is also a light sci-fi film, its plot incorporating the use of technology that’s either not yet refined, like a hummingbird drone (which, believe it or not, is real), or purely conjectural, like a tiny beetle drone. Thus, as Colonel Katherine Powell (Helen Mirren) leads a secret mission in Nairobi, they have surveillance capabilities which give them a far clearer picture of the situation on the ground than any real such operation could currently hope for. One of the more maddening, frightening aspects of drone warfare is the ambiguity over just how many of the people who have been killed from tens of thousands of feet up were in fact “the bad guys.” That ambiguity is absent here. – Daniel S. (full review)

Your new cinematic haven has arrived. TCM and Criterion (and a swath of other arthouse distributors) have now launched FilmStruck and after being in the beta test since this summer, the full version is certainly more improved. If we had to offer a few recommendations, there’s 28 Akira Kurosawa films, 26 Charlie Chaplin films, 5 Andrei Tarkovsky films, Paul Thomas Anderson‘s Hard Eight, Wong Kar-wai’s Chungking Express and In the Mood for Love, Edward Yang‘s A Brighter Summer Day, David Lynch‘s Mulholland Dr., Coens‘ Blood Simple, and Terence Davies‘ The Long Day Closes. With more titles seemingly added every day, check back each week for updates.

With a relatively small theatrical roll-out earlier this year, it’s likely you haven’t heard of Henry Gamble’s Birthday Party, but Stephen Cone‘s drama is one of the best films of the year thus far. Authentically capturing a conservative upbringing and the repression therein, it takes place over one day as we follow Henry (Cole Doman, in a wonderful break-out performance) and his group of friends — as well as adults from the local church — as they skirt around past trauma, burgeoning sexuality, and more. Directed with a level of intimacy and emotional truth by Cone simply not present in most dramas — regardless of budget — it’s an essential watch. – Jordan R.

If you went to a Regal Cinema during the month prelude to The Legend of Tarzan‘s release you will know the insane statistics depicting the sharp decline of living elephants throughout the world. Alexander Skarsgård told us about the problem — although I’d be surprised if you weren’t cognizant of the issue, if not the prevalence, beforehand — and the pitch to donate money for their conservation was in full force. Well, Netflix has taken the next step to ensure an even wider range of people acknowledge what could be mass extinction in just fifteen years thanks to their new documentary executive produced by Leonardo DiCaprio. But don’t think Kief Davidson and Richard Ladkani‘s The Ivory Game is just an all-educational sound-byte-fueled heartstring tug. This thing is feet-on-the-ground investigative journalism. – Jared M. (full review)

Steven Spielberg was in top form when he helmed Minority Report, a high-concept, high-wire neo-noir that remains one of the new millennium’s snazziest blockbusters. Playing yet another version of his improbably athletic onscreen self, Tom Cruise is a police chief on the run after his “Pre-Crime” law enforcement program implicates him in the future murder of someone he’s never met. This doozy of a premise asks us to ponder the ethicality of jailing would-be criminals based on not-yet-perpetrated crimes and, by extension, the question of fate itself. Is this system flawless or irreparably flawed? Can Cruise’s hero not kill his supposed victim? Minority Report is popcorn cinema bold enough to wax philosophical in these ways even as it pushes ever-forward through visual virtuosity and a pleasingly twisty storyline. – Jonah J.

The Neon Demon will eventually elicit some strong reaction from every viewer, and Nicolas Winding Refn has made clear that it shouldn’t be any other way. Our review was among the most negative we posted at Cannes, speaking for both its immediate grade and the force of its criticisms, and our own Brian Roan experienced something that, had it gone just a bit further, would be plastered across every one of the film’s TV spots and Blu-ray cases. – Nick N.

Peter and the Farm (Tony Stone)

“I don’t know why death is always the same, but it is,” cryptically muses Peter Dunning, the owner of Vermont’s Mile Hill Farm, after he’s slaughtered a sheep. In Peter’s 38 years running the organic farm, he’s seen three wives and four children come and go. He hasn’t spoken to them in nearly two decades. His speech patterns buzzing with homespun philosophy, Dunning compares his farm animals to prisoners, saying that he’s spent enough time in jail to know what that must feel like. At the farmer’s market, when you imagine who’s growing the organic vegetables, you’re not exactly picturing a borderline hermit like Dunning. He even writes carefully worded letters to the editor of his local newspaper, which he’s outraged to find published in edited versions. Dunning drinks and curses and rages at the camera, daring the audience to look away. – Tony H. (full review)

Within the first few minutes of Sausage Party, a package of horny “virgin” hot dogs boast to a group of neighboring buns how they’ll fulfill their wildest desires when they are finally able to fornicate by sticking themselves inside the flaps of the respective rolls. This opening — after a lavish musical number — serves as a useful litmus test for Seth Rogen’s brainchild: an R-rated animation that isn’t as interested in re-inventing the wheel as it is taking that wheel, lathering it with vulgarity, and spinning it again, and again, and again. While this sounds like a slight, as Sausage Party breaks out of its Pixar-inspired packaging, so to speak, its repetitiveness evolves into a delirious cacophony of obscenities that will terrify the children of unaware parents for decades to come. – Jordan R. (full review)

This has been a banner year for Edward Yang. Forget that he hasn’t premiered anything in sixteen and has been dead for nine – three theatrical restorations (The Terrorizers, A Brighter Summer Day, Taipei Story), a lovely Blu-ray release (Brighter), and more sure to come on either front (Taipei hopefully just one among them) are helping a titan long ignored in western canons enter the canon’s bloodstream. If The Terrorizers, now on Amazon Prime, often seems ahead of its time, that’s probably because it has a way of conjuring up memories of the hyperlink cinema (Iñárritu, Haggis et al.) that would become so dominant some fifteen years after its premiere; and if it proves a shock, it may be in how efficiently the film shatters our ideas of what they can and should do. A series of jagged lines that criss-cross without finding a clean point of intersection – except when, in bloody fashion, they do – Yang’s film enriches as it leaves a sick feeling in the stomach, like that space between dreaming and consciousness where bad thoughts cram together and linger, still, hours after the experience has come to an end. An essential early film, and an essential film in any other regard. – Nick N.

One may have to soon redefine what constitutes a sports movie. At Sundance earlier this year, New Zealand entertainment reporter David Farrier (and co-director Dylan Reeve) premiered Tickled, a film that dives into the “competitive endurance tickling.” However strange that may sound, they go on to unravel a web of conspiracy and intrigue in this underground world. We said in our review, “Tickled gradually turns out to be about how even the most random phenomenon can become an instrument of extortion and manipulation.” – Jordan R.