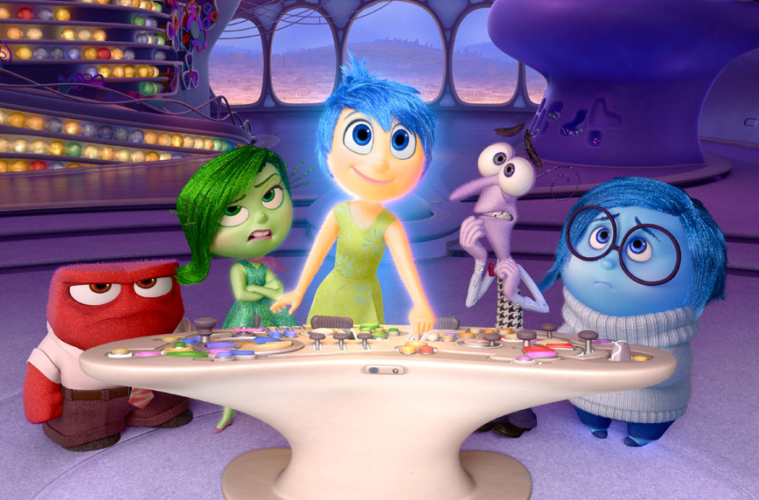 New to Streaming: ‘Beasts of No Nation,’ ‘Inside Out,’ ‘Experimenter,’ ‘Mississippi Grind,’ and More

Beasts of No Nation (Cary Fukunaga)

If there were any question marks still floating over Cary Fukunaga’s credentials, his latest film, Beasts of No Nation, should flick them aside with ease. Based on the acclaimed novel by American writer Uzodinma Iweala and boasting staggering performances from both of its lead players, Abraham Attah and Idris Elba, Fukunaga has delivered one of the most viscerally stylized war films in recent memory. The Africa-set drama is a relentlessly violent, vibrant, and electric film that is at once as druggy and entrancing as Coppola’s 1979 cut of Apocalypse Now and as sonically inventive as Elem Klimov’s Come and See. – Rory O. (full review) “The cradle rocks above an abyss, and common sense tells us that our existence is but a brief crack of light between two eternities of darkness.” It is not a coincidence that Michael Almereyda’s Experimenter quotes near its beginning the first line of Nabokov’s novel. The biopic about Stanley Milgram (excellently portrayed by Peter Sarsgaard), whose groundbreaking experiments of conformity and authority remain shocking and among the best explanations for the happenings of evil in our world, refuses to be the typical biopic; it would rather be to it what Speak, Memory is to the autobiography. – Forrest C. (full review)

Inside Out (Pete Docter)

Ever since Disney and Pixar announced that they’d begun working on Inside Out, it was clear that the concept had a wealth of of potential. This, despite the studio experiencing its first bad run of form at the time. Cars 2 had underperformed at the box office, Monsters University failed to live up to its predecessor. Indeed, if the house that Pixar built had lost its sheen, this high-concept idea seemed to be offering a new lick of paint. As it happened, despite some visual irregularities, Inside Out (directed by Pete Docter of Up fame) isn’t just a step in the right direction or simply a return to form; it’s amongst the smartest, funniest, and saddest films in the studio’s history. – Rory O. (full review) Earning a grand jury prize at this year’s Sundance, The Russian Woodpecker is an exhilarating collaboration between US-based filmmaker Chad Gracia and Ukrainian artist Fedor Alexandrovich that exists somewhere between performance art and journalism. While Gracia’s feature begins as a traditional work of artistic documentation it evolves quickly into a haunting thriller as Ukraine’s political climate changes. Opening with a disclaimer that is later explained, The Russian Woodpecker is brave filmmaking for all involved, from Alexandrovich, who uncovers a conspiracy within Chernobyl, to local cinematographer Artem Ryzhykov, who risks his life to capture the images of protest in the film’s third act as Vladimir Putin takes back the Ukraine. – John F. (full review)

The origins of Southpaw are interesting because it was born from screenwriter Kurt Sutter‘s want to collaborate with Eminem. Now try to picture Marshall Mathers after peering upon any of the bloodied and crazed publicity stills of his replacement Jake Gyllenhaal without laughing. Sutter has said the boxing aspect of the script was meant as a metaphor for the rapper’s personal struggles and the fight for his daughter is exactly that. He hoped the project would prove a thematic continuation of 8 Mile and for almost seven years it seemed possible. The result would have surely turned out differently from what director Antoine Fuqua has delivered with Gyllenhaal, but I could see Eminem exceling in the role. After all, while the pugilism is integral to the plot, the movie is ultimately more about love and family outside it. – Jared M. (full review)

Early on in Brad Bird’s Tomorrowland we are treated to a vision of the future that strives for unquenched optimism, setting up a blockbuster movie ride that wants to accentuate the positive and mortify the negative. In that moment, Bird unveils his titular retro-metropolis to a young boy attending the 1964 World’s Fair, a dizzying, shiny fantasia of jetpacks, flying cars and glimmering, vast silver towers. Young Frank Walker (Thomas Robinson) visits the 1964 World’s Fair at Disneyland and goes, in an instant, from marveling at Uncle Walt’s animatronics on the Small World ride to hurtling through a cityscape that encapsulates everything that Disney and other dreamers like him held near and dear. It’s an exhilarating and joyous introduction to a meticulously created dream-world that plays like the sunny yet visceral alternative to George Miller’s achingly beautiful apocalypse in Fury Road. Bird takes the adolescent yearnings of kids raised up on pulpy Golden Age sci-fi and briefly gives them agency and texture. – Nathan B. (full review)

I smelled trouble as soon as Ed Helms was cast in Vacation as the now father-of-two Rusty Griswold. While the perfect surrogate for Chevy Chase‘s bumbling Clark in a remake of the original National Lampoon’s Vacation, he’s a far cry from the character he’s meant to play in this half reboot/half sequel. I made the mistake of rewatching that first entry into the Griswold’s saga to realize it — coupled with the equally fantastic Christmas Vacation — proves Rusty was always the one family member that had a level head. He was the smart aleck laughing as his father attempted to lie his way through the latest pratfall. He was the one filled to the brim with indifference and embarrassment towards the eccentric kooks biology forced upon him. Rusty’s position worked specifically because he wasn’t a spitting image of Dad. – Jared M. (full review)

Around the World in 80 Days: Special Edition
Police Story: Lockdown