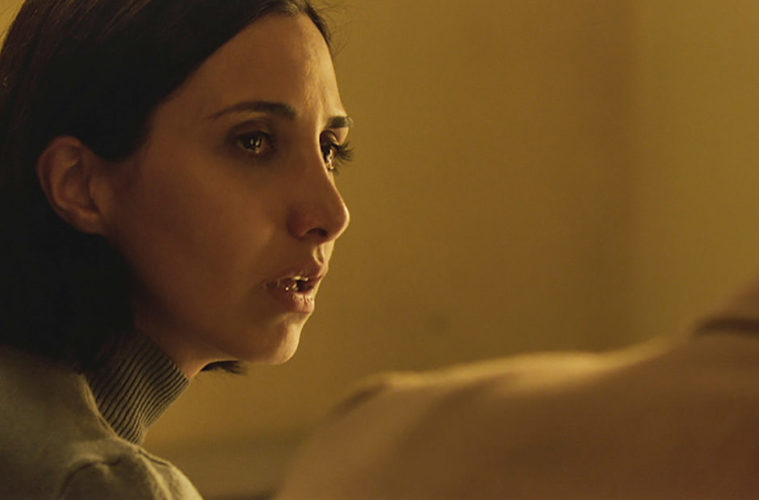 Editor’s Note: After a two-week vacation break, we are back with an expanded selection to catch up on what we missed! Enjoy below.

Humanity gave birth to inequality. The American experience is rooted in institutionalized racial inequity. Our forefathers came to this nation either by choice or by force. Once here, this distinction coalesced into a convoluted caste system driven by notions of survival and supremacy, however primal, unfounded, and damaging. We are the result of these histories and our lives will stand as testaments to how much we can change and improve on them. By examining our prison industrial complex, Ava DuVernay’s 13th looks to the nation’s past, points to our present, and lays the stepping stones for a better tomorrow. – Diana D. (full review)

Sometimes you just can’t escape the past. Moments that have shaped you and made you who you are today can happen at any time without you even knowing it. They could occur when you’re just a kid or even when you’re way past adulthood. In director Alex Lehmann’s slight, but competently made Blue Jay, a chance meeting between two former high school sweethearts (as played by Mark Duplass and Sarah Paulson) is all about past wounds that haven’t seemed to escape either of their lives. – Jordan R. (full review)

Café Society is a quintessential later-period Woody Allen film. That is to say, it’s thoroughly mediocre. It’s by now a sad truism that the octogenarian auteur is more interested in maintaining his prodigious output of at least one feature per annum (he hasn’t missed a beat since 1982) than to strive for the supreme heights he reached time and again in his first three decades as a filmmaker. Nowadays, if one of Allen’s films happens to be above average, all the better. If not, who cares? It’ll make its money back on the strength of the director’s reputation and the bankability of an invariably star-studded ensemble, the Cannes Film Festival will, at the very least, include it in its Out of Competition program – hey, perhaps even grant Allen the opening slot (as just happened for the fourth time with Café Society) – and there’s always next year to give it another half-hearted go, anyway. – Giovanni M.C. (full review)

A common trope at Sundance is the star-led indie, painted top-to-toe with eccentricities that are meant to represent/replace both story and character development. Relatively straightforward narratives that stand out thanks to shock-and-awe details that usually fade not too long after the well-regarded premiere. Captain Fantastic, written and directed by Matt Ross (28 Hotel Rooms), threatens to reinforce the expectation, before rising above and standing on its own. Much of the credit goes to Viggo Mortensen, who remains a singularly dominant on-screen presence, in a role here that feels deigned by the movie gods. – Dan M. (full review)

If there’s any way to synthesize the many pieces that form the bull-in-a-china-shop filmmaking that is Andrzej Żuławski‘s Cosmos, an adaptation of Witold Gombrowicz‘s novel, consider its status as his first feature in fifteen years. Might some sense of long-awaited release account for its why and how — the intensity of its performances, the force of its camera moves, the sharpness in its cuts, the bombast of its emotions? I’m inclined to think so, but it’s possible I’m only proposing this in search of a “what” — what’s going on, what he was thinking, and what we’re meant to take from any and all of it. Answers, if they do come at all, will only gradually present themselves, and they won’t arrive via exposition or, with some exception, clearly stated themes. A filmmaker who values the power of shock, but not necessarily thrills for thrills’ sake, Żuławski elucidates material with tools that announce themselves in their presentation — surprising camera dollies, fast pans, sudden cuts, overly prominent music cues — and raise complex questions about their relation to one another. – Nick N. (full review)

Until losing its cool in the third act and ending on a relatively soft note, French veteran Jacques Audiard‘s Dheepan is a muscularly directed dramatic thriller about the difficulties of starting over and the inevitability of violence. Clear-eyed, tightly wound, and cinematically and psychologically immersive, it’s a furious ride of a movie that actually has something to say. – Zhuo-Ning S. (full review)

After he returned to the world of music for a narrative drama with last year’s (overlooked) Ricki and the Flash, director Jonathan Demme is back on the stage in Stop Making Sense mode with Justin Timberlake + The Tennessee Kids. Capturing the pop star’s The 20/20 Experience tour during their Las Vegas stop, Netflix picked up the film for a release this month. We said in our review, “Timberlake still does what he does, and the show seems easily amongst the upper echelon of touring pop-stars, so it’s not like the experience doesn’t go down easy, even if it feels like somewhat of a missed opportunity to genuinely enter the mind of this sort of stardom.”

The film industry is still a long way from racial equity, but the last few years have seen strides to bring the young black experience to the screen in films like Dope, Dear White People and Morris From America. All of those films were important in distilling a specific existence, but they all offered black characters who self-identified as outcasts. Justin Tipping’s debut, Kicks, follows another societal reject, Brandon, a socially awkward black 15-year old living in Richmond, California, but while Brandon feels uncomfortable in his own skin, the script doesn’t demonize the culture he’s come from. Brandon has grown up in a place that idolizes a legacy of gangsters, but there’s just as much an understanding that expressing masculinity is about actively posturing. – Michael S. (full review)

You know the deal: “Late” Terrence Malick — a period that ostensibly begins with The Thin Red Line and truly begins to bloom, stylistically speaking, once Emmanuel Lubezki came aboard for The New World — looms too large to simply divide cineastes into “pro” and “con” camps, instead fueling debate about anything that could remotely be considered “cinematic,” and perhaps whatever else a person feels like fitting into their argument. Knight of Cups was far from an exception; rather, it broke that chasm open only further, and at this point there may be no turning back to the consensus masterpieces of the ’70s. That our own review, published out of Berlin last year, couldn’t settle in one camp and, almost 18 months later, we place it here should be sign enough — and we (or at least I) get it. But most criticism seem feeble when facing this movie’s grandest moments, which can render our contemporary world’s most banal components into something altogether new — has a drive down an L.A. street ever felt so majestic? — just as its reaches towards pathos reveal an eye for experiences far outside the hermetic world of Christian Bale‘s central character. (Claims of sexism are especially strange when the most piercing sequence is couched firmly in female perspective and experience. It’s almost as if considering this possibility is harder than simply pointing towards nudity as proof-positive of one’s “misogynistic impulses.”) Knight of Cups is not Terrence Malick’s best film — it might even trail behind To the Wonder for me — and that’s fine. An artist daring to go further into the depths of human feeling and coming out with something new should never be considered a failure. – Nick N.

Joachim Trier‘s latest may not reach the heights of his two excellent previous features — Reprise and Oslo, August 31st — but it’s still a tenderly realized drama full of great, small moments. Featuring strong performances from the ensemble, which includes Isabelle Huppert, Jesse Eisenberg, and Gabriel Byrne, it’s interesting to see how Trier approaches American culture as he explores the difficulty of communication for those in this estranged family. – Jordan R.

Master of poisonous tongues and vicious schemes in the world of the rich and the poor, Love & Friendship is perhaps writer/director Whit Stillman‘s most potent mix of comedy and social commentary. He’s got Jane Austen to thank, whose novella ‘Lady Susan’ serves as the inspiration for this tale of Lady Susan Vernon (a pitch-perfect Kate Beckinsale), a widow with a flirtatious reputation, determined to well re-marry well at whatever the cost. Often laugh-out-loud funny and downright mean at the same time, Stillman is in top form here. – Dan M.

Using gunpowder and sky as his canvas, Chinese-born artist Cai Guo-Qiang’s extraordinary statements on environmentalism, capitalism and humanity do require a large screen to absorb. An intimate yet occasionally grand biography of Cai, director Kevin MacDonald finds a slight balance between the past and present, crafting a film that’s part documentation of the work and part documentation of the artist. While the film never quite finds the correct balance, it’s constantly engaging, providing an entry into Cai’s work for the unfamiliar. – John F. (full review)

After the pleasant fluff of its kick-off installment and the frog march of unpleasantness that was Into Darkness, the rebooted Star Trek film series finally hits a fun median between big-budget bombast and classic Trek bigheartedness with Star Trek Beyond. Does the franchise’s full descent into action, with only the barest lip service paid to big ideas, cause Gene Roddenberry’s ashes to spin in their space capsule? Probably, but in the barren desert of summer 2016 blockbusters, this is a lovely oasis. – Dan S. (full review)

Some of the best, most twisted minds come from outside the United States and this film announced the break-out of Spanish filmmaker Nacho Vigalondo as someone to watch for years to come. Smartly written sci-fi is difficult to pull off, but make that science-fiction into a murder thriller with legitimate time-travel aspects and you have a real head-trip. Thankfully, Vigalondo manages to juggle all of this with a mature, fun sense of humor that will draw one in from its opening moments and never have one lose focus. – Bill G.

Under the Shadow (Babak Anvari)

Cinema is often a space for abstract, subconscious expressions that require airing. Under The Shadow is an inspired psychological thriller from Iranian filmmaker Babak Anvari that effectively delivers the thrills expected, and more. Here, the horror is both personal and natural. It’s a theme found amongst a few world cinema selections at Sundance this year, notably the cancer drama A Good Wife, which also uses the landscape of the war torn Bosnia as an emotional theme. – John F. (full review)

Samsara
From Dusk Till Dawn
The Sky Trembles and the Earth Is Afraid and the Two Eyes Are Not Brothers (review)
Minotaur
The Reflecting Skin
Evolution of a Filipino Family
The Book of Life
Meanwhile
The House of the Devil
The Innkeepers
Ready to Wear
Regal
Now: End of Season
Cilaos
Foyer
Indefinite Pitch
Female Vampire