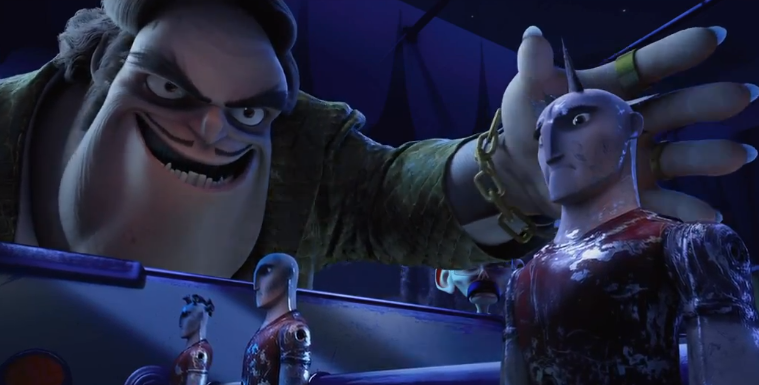 New Teaser For ‘Foosball,’ From ‘The Secret In Their Eyes’ Director Juan Jose Campanella

We’ve seen many directors make the leap from animation to live-action, most recently Pixar talents Brad Bird and Andrew Stanton, as well as Cloudy With a Chance of Meatballs duo Phil Lord and Chris Miller and their hilarious 21 Jump Street, but aside from Gore Verbinski and his Rango (and perhaps Robert Zemeckis‘ foray into motion-capture), it’s not often a helmer goes the other way, and especially in a wildly different genre.

But Juan Jose Campanella has done just that, following up his Oscar-winning drama The Secret In Their Eyes. The helmer has been working on an animated family film Foosball (or Metegol) and after a rough teaser nearly a year ago, a more polished look has arrived via Bleeding Cool. I’m a fan of the concept, following Foosball players who come to life, but I’m curious of the cross-over appeal considering this one will be in Spanish. Check it out below, along with a teaser poster. METEGOL, also known as Foosball and Futbolín (Spanish Title), is an upcoming 3D CG animated film directed by Academy award winner Juan J. Campanella (Juan José Campanella) of “The Secret in Their Eyes” (El secreto de sus ojos). The film is based on a short story “Memoirs of a Right Winger” by acclaimed Argentine writer Roberto Fontanarrosa. Eduardo Sacheri (who worked on the script of Campanella’s The Secret in Their Eyes) is adapting the story for screen. The film is a co-production of several Argentinian and Spanish production houses, and Sergio Pablos, executive producer and creator of the original idea for “Despicable Me,” leads the technical side of the production.

The voices of the main characters of the Argentine players are Pablo Rago, Miguel Angel Rodriguez, Fabian Gianola, Horacio Fontova and David Masajnik. It tells the story of Amadeo, a shy but talented boy, and of a foosball team that is trying to get back together after having been dismantled. With the help of the foosball players, Amadeo will have to face his most terrible rival on the football pitch: the Champ. Guided by their leader, the charismatic Right Winger, the foosball players and Amadeo will set off on a great adventure together, like a true team, to get back the dignity that the Champ stole from them.

Expect a 2013 release for Foosball.