ND/NF Review: Servants is a Bressionian Spiritual Drama Set in the Former Czechoslovakia 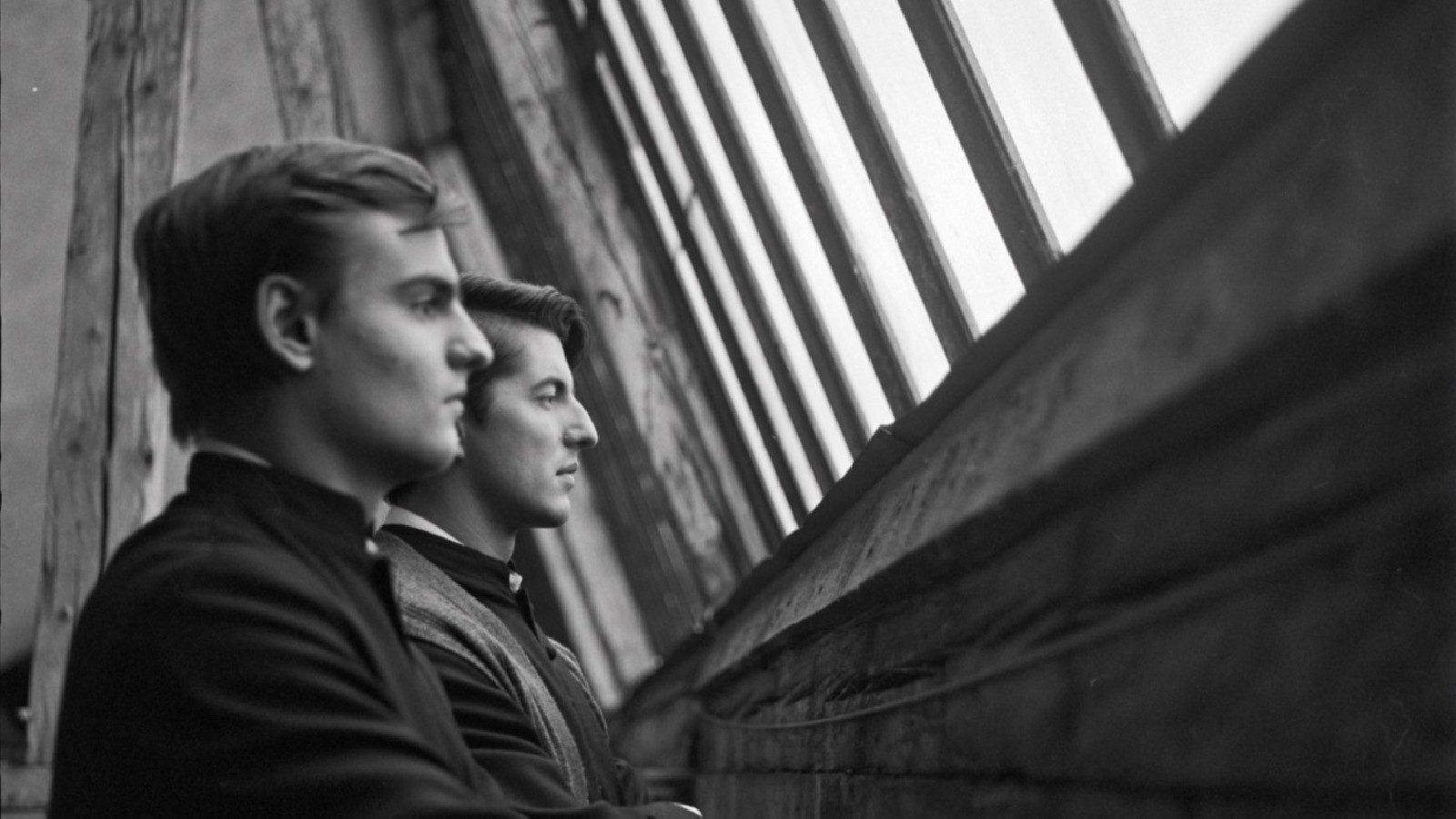 The success of Paweł Pawlikowski’s Ida and Cold War has revealed, among arthouse audiences, a heretofore unimagined ravenous hunger for Eastern Bloc period dramas of Catholic conviction and political compulsion, shot in academy ratio and shimmery digital grayscale. Thus Servants, a hushed drama about underground activism, secret police, fear and trembling at a seminary in the former Czechoslovakia.

Two young seminarians, Juraj (Samuel Skyva) and Michal (Samuel Polakovic), arrive in Bratislava to further their studies. The seminary’s dean (Vladimir Strnisko) has maintained this sanctified space, with its almost medieval-brutalist bare walls, by accommodating himself and his institution to the state-affiliated Catholic movement Pacem in Terris, which in reality really was the Czechoslovak communist government’s primary check on the activity of the church post-Prague Spring. But the sounds of Radio Free Europe penetrate the cloistered environment, and students and teachers distribute fiery pamphlets. Juraj is drawn to an older priest who leads him off-campus, to participate in secret unsanctioned services, while the secret police push their collaborators in the seminary’s hierarchy for greater surveillance, seize typewriters, and enlist informants with the threat of military conscription.

Making compromises with worldly power is the Original Sin of organized Christianity. When every room carries a reminder of Judas’s betrayal, the standbys of surveillance-state dramas take on an eternal moral dimension, becoming parables of persecution, guilt, and self-sacrifice. Juraj and Michal’s older mentor (Milan Mikulčík, with an exhausted twinkle in his eye), faces pressure to break the seal of confession, which has implications for both religious principle and trust-no-one resistance-movement intrigue.

Much is unsaid in Servants (which indeed shares a co-writer, Rebecca Lenkiewicz, with Ida), though that isn’t quite to say that the atmosphere is raptly ascetic or tensely paranoid. Cowriter-director Ivan Ostrochovsky inflates the proceedings with God’s-eye-view aerial shots of the seminary courtyard, and memory-fondling tableaux of seminarians at prayer or at play, though seeing them playing ping-pong or throwing snowballs in their cassocks is more digressively arresting than symbolically charged.

Character development is aided considerably by fine casting: The head security agent is the Romanian New Wave’s eternal symbol of Iron Curtain-era state power Vlad Ivanov, yet again a dour, patient authoritarian functionary, sanguine and menacing in his banality; the splashes of acne across the fresh-faced young priests reflects their guilelessness; and then there are Milan Mikulčík and Samuel Skyva’s eyebrows—what is it about Transcendental Style and eyebrows? Like Bresson, Ostrochovsky is drawn to actors whose black-brushstroke brows bespeak a bashful intensity—bumper crops of eyebrows fed by the nutrients of the characters’ loamy brains. Any less superficial comparison to Bresson would flatter Servants unduly but at a Mass-like 80 minutes it won’t leave you squirming in the pews.