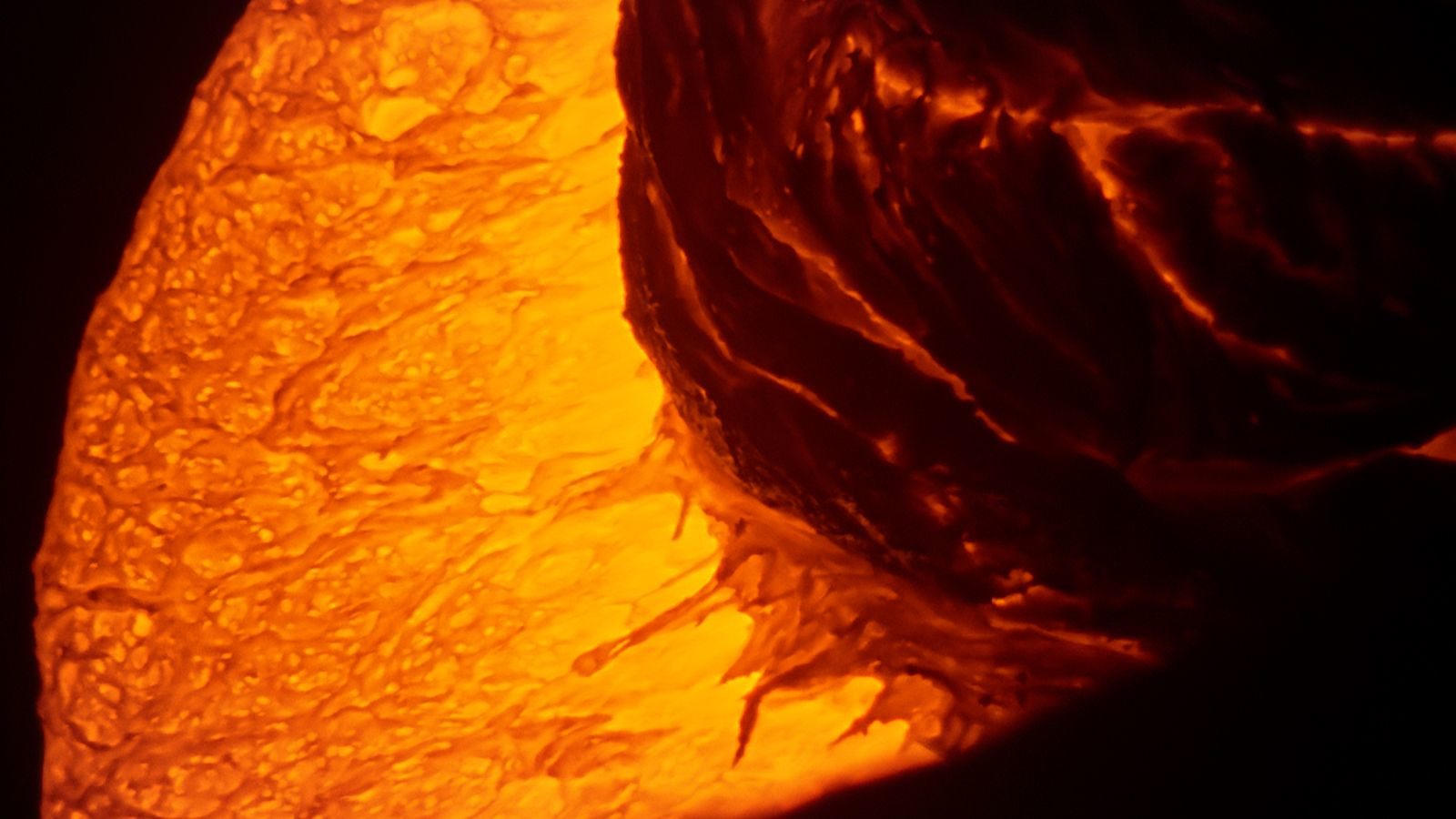 Images of slowly cascading liquids and particles are pivotal to Rock Bottom Riser, an experimental documentary that covers subjects as far-reaching as nautical navigation, astronomy, and killer smoke tricks. The opening drone shot high above one of Hawaii’s erupting volcano’s finds a long stream of lava that looks like a fire snake slithering along the Earth’s surface. Its final slow-motion sequence––where a big wave surfer stays mere feet ahead of certain death––is equally indicative of the film’s harrowing balancing act covering volatile natural surfaces that are constantly moving and expanding.

Director Fern Silva uses these moments to bookend a fascinating exploration of humanity’s curiously self-destructive relationship with nature. The goal is to differentiate between genuine quests for knowledge and scientific study as a proxy for inequity and colonization. Instead of trying to connect all of these topics with a single narrator, Rock Bottom Riser fluctuates between scientists and academics speaking about their studies and artists putting their talents into practice. There’s a thespian giving monologues in various street side productions, and the performative vape shop regulars who put on a clinic doing ghost hits and blowing O’s.

Steadfast palm trees blow in the wind as sunset approaches, and a submarine robot watches as lava explodes underwater creating a living extension of the Earth’s surface. Less solid is The Rock himself, Dwayne Johnson, who flounders with repetitive answers during a taped interviewed about the social implications of his upcoming role in a film about King Kamehameha.

Rock Bottom Riser is a deeply political film even when it appears to diverge into absurd or epic corners of the world. Take for instance the often pristine cinematography which captures the scale of our perpetually morphing planet, but also the many futile ways in which mankind tries to make sense of it all. The best and most hilarious of these moments comes when the teacher of a poetry class for adults listens to Simon & Garfunkel’s “I am a Rock” in anticipation of an analysis that never comes.

Silva’s obviously attracted to the ways in which artistic mediums and social institutions interpret or symbolize science for their own gain, and the organic truths that can be gleaned from addressing these examples. Still, much of Rock Bottom Riser is preoccupied with directionality, where our gaze is fixated and why. The shots of a massive telescope constructed on sacred Hawaiian land reveal laser beams of light jetting into space.  Some would call this technology at its finest, while others would say their presence is an act of desecration.

Presenting this dichotomy in such vibrant and granular ways makes Rock Bottom Riser a singular film, one that feels in harmony with the spiritual essence of Earth’s eruptions and mankind’s efforts to control them. It’s truly a bird’s-eye-view of our world in crisis, some of it predetermined by the natural order of things, and some of it unjustly created by our destructive tendencies that continue to distort the necessary benchmarks of self-preservation all in the name of financial progress.

Rock Bottom Riser screens at New Directors/New Films and will be released by Cinema Guild.