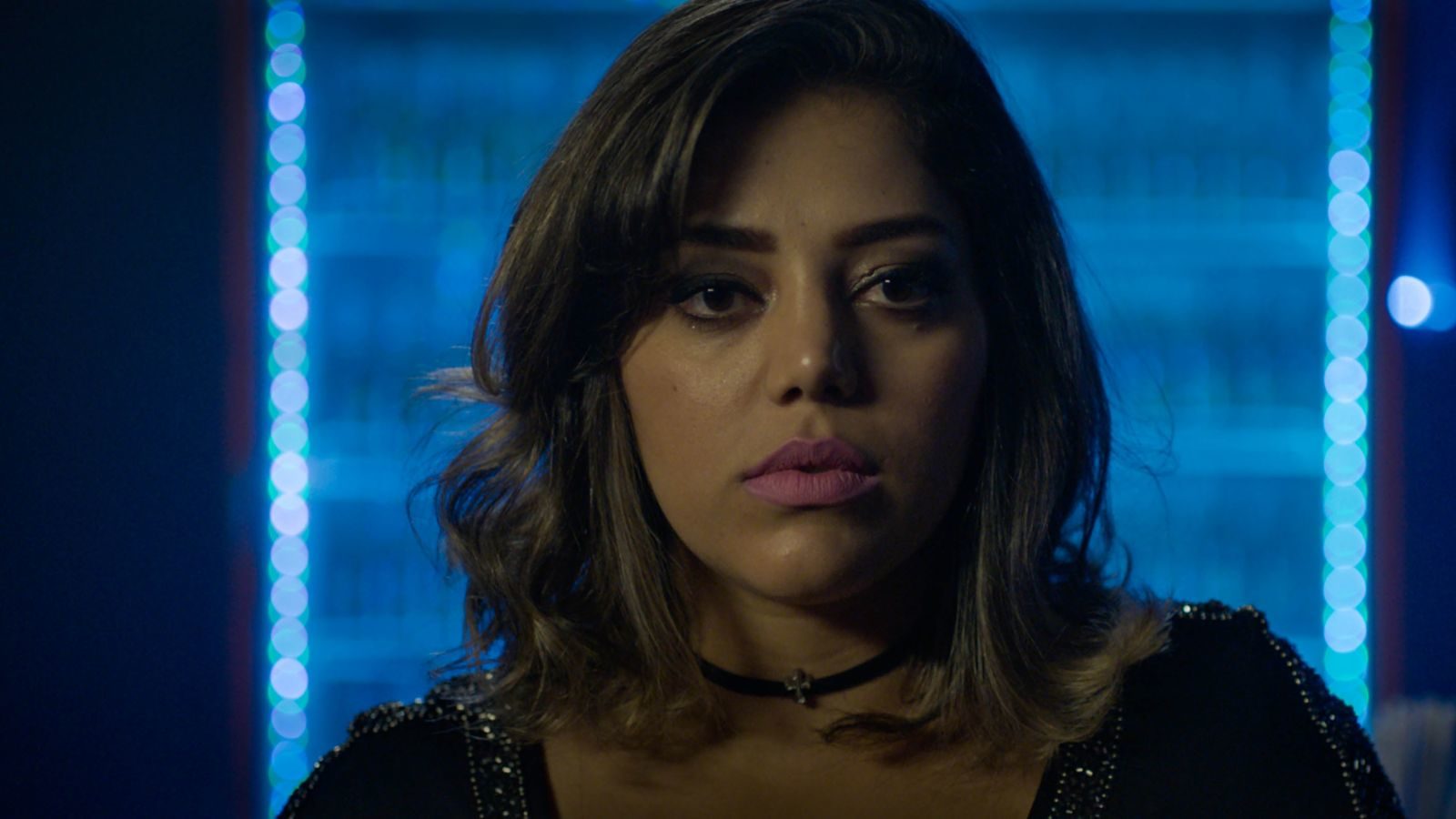 Madalena is never just a name in Madalena, Madiano Marcheti’s haunting debut film about the murder of a trans woman set in rural Brazil. For some she’s a source of income and friendship, and for others panic and loss. The film follows a trio of characters whose disparate lives all somehow overlapped with the lifeless person now lying in a vast field of green soy crops. In doing so, Marcheti’s film presents varying reactions to trauma that ripple outward, revealing the subtle nuances of societal intolerance and personal grief.

As noted in the closing credits, “Brazil has the highest number of transsexual murders in the world.” So the opening shot of rheas (flightless birds that are relatives of the ostrich) dipping their heads up from rows of lush crops becomes an apt symbol for potential awakening. But the first two segments of the triptych address Madalena in terms of her life as commodity, and how her absence and literal presence threaten to disrupt local economic systems.

Luziane (Natalia Mazarim) works at a local nightclub and tries to track Madalena down for an unpaid debt. The tentacles of masculinity stretch out into every facet of her life. An aggressive bro refuses to move his truck from blocking her place of employment, and she stars in a music video that features scantily clad women dancing in an open field.

The specifics of Madalena’s murder are never revealed, but the film’s middle section explores what her body’s presence means for the reputation and financial wellbeing of Cristiano (Rafael de Bona) and his wealthy agriculture baron family. After stumbling upon the crime scene while out on a daily patrol of the farmland, he decides to initiate a cover-up that will protect his mother’s political ambitions.

Up to this point, Madalena owes a lot to Bong Joon-ho’s Memories of Murder. Both films accept that evil is hiding in plain sight, and inadvertently justified by the actions of weak people scrambling to remain afloat within society’s status quo. Which is why Marcheti’s more lyrical final chapter lands with such emotional force.

Hoping to celebrate the life of their dead friend, another trans woman named Bianca (Pamella Yule) and two others drive deep into the countryside for an afternoon picnic. They arrive at a quiet clearing nestled up against the banks of a bustling stream, where they take a dip in the water and sunbathe. For the first time, Madalena’s death is not presented in terms of crisis, but soulful remembrance.

Formally accomplished and thematically scathing, Madalena confronts the dehumanization caused by cowardice and indifference, allowing its central character to transcend the graveyard of statistics. While one character admits that, “Every where’s just a different shithole,” Marcheti’s film is never cynical. The way his camera lingers on Bianca in the closing seconds, as the sound of water trickles in the background, is a defiant and beautiful portrait of human persistence even in the face of tragedy. Whatever memories of Madalena that she’s thinking of in that moment, it’s hers and hers alone.