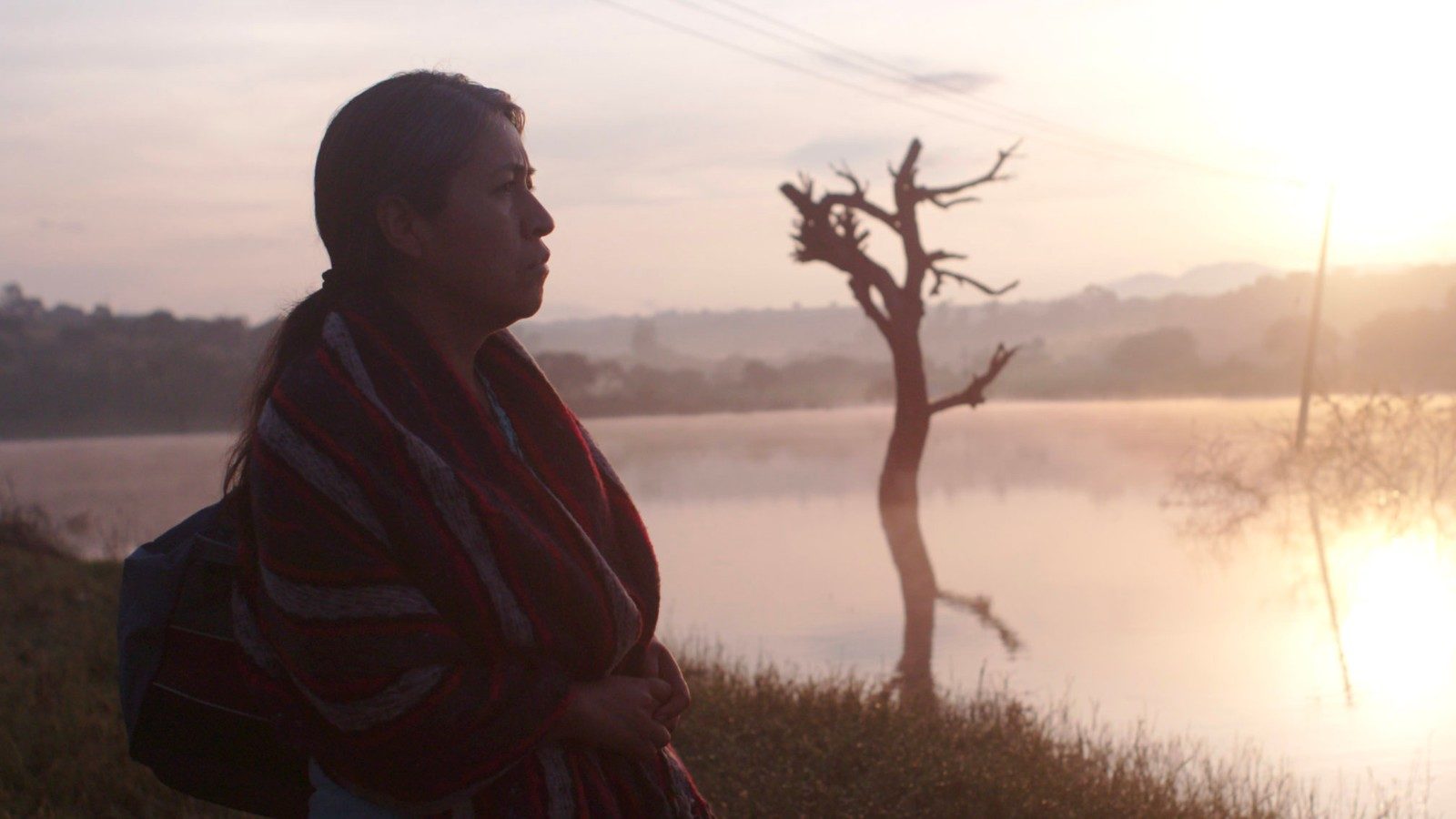 The original Spanish-language title of Identifying Features is Sin Señas Particulares, or “No Particular Signs”—a reference to the individuating marks found, or not, on unclaimed corpses found near the U.S.-Mexico border. It’s an echo of Sin Nombre (“Nameless”), Cary Joji Fukunaga’s vivid immigration-thriller debut from 2009, and an apt title for a film that takes a fresh look at lives erased and distorted by migration and violence. Though Trump-era border policy is an implicit backdrop to the cartel activity and mass abductions she depicts, debuting director Fernanda Valadez’s zoomed-in perspective is on family trauma, not imperial culpability.

The Sundance audience and screenwriting award-winner Identifying Features begins in Guanajuato, in central Mexico, with the lyrical sight of a boy, Jesus, walking through a field to tell mother Magdalena (Mercedes Hernández) of his intention to cross the border. Jesus walks off through the windblown grass with another boy; when their mothers don’t hear from them, they find the other boy’s photograph among the snapshots of recovered bodies provided to the local police by the federales. With no trace of Jesus, Magdalena travels north to provide a blood sample which the authorities will match against DNA from nameless and paperless bodies found burned beyond recognition or decaying in shallow graves.

The bureaucratic details of these scenes are acute and chilling: The slideshow of distinctive items—bags and basketball shorts and baseball caps—found on bodies; the morgue truck; the legalese of the forms for establishing a death and claiming a body. Magdalena spots Jesus’s duffel bag in the slideshow, but another bereaved mother convinces her not to sign anything without a blood match. So she embarks on a quest with echoes of The Third Man, searching for someone who everyone else agrees is dead. Her journey takes her to a bus company where there are whispers of cartel hijackings along the routes that her son would have traveled; to a migrant shelter; and on to a rural village now all but abandoned due to cartel activity in the area, where her path crosses that of Miguel (David Illescas), a young man not much older than her son, recently deported and returning after five years without so much as a phone call home to his own mother.

Veteran actor Mercedes Hernández gives Magdalena an amateur, apologetic tentativeness as she pursues the barest of leads. Magdalena has an ever-dwindling stack of money, no phone, no car, limited literacy, no friends or relatives in this part of the country. You see how simple it would be for one little person to get swallowed up entirely by this big indifferent country.

Valadez and DP Claudia Becerril Bulos work in a restricted palette of dead-grass browns and thundercloud grays; the ambient, dirgeful score by Clarice Jensen, imbues lovely landscape shots and drone vistas with something of the bone-weariness of the characters. The pacing drags, especially in the first half of the film. The characters move and speak, and Valadez cuts, at a grief-paralyzed tempo. Though shallow-focus compositions hint at tension, the mood is more pity than dread, until some final, hallucinatory violent flashbacks to Jesus’s fate, with human figures twisted out of recognition by the light of bonfires. The climax is an O. Henry twist—the irony is profound, painful, and predictable. With her late display of stylistic verve, narrative omniscience, and capital-A Authorship, Valadez discards slightly dutiful empathy in favor of slightly dubious sensationalism.