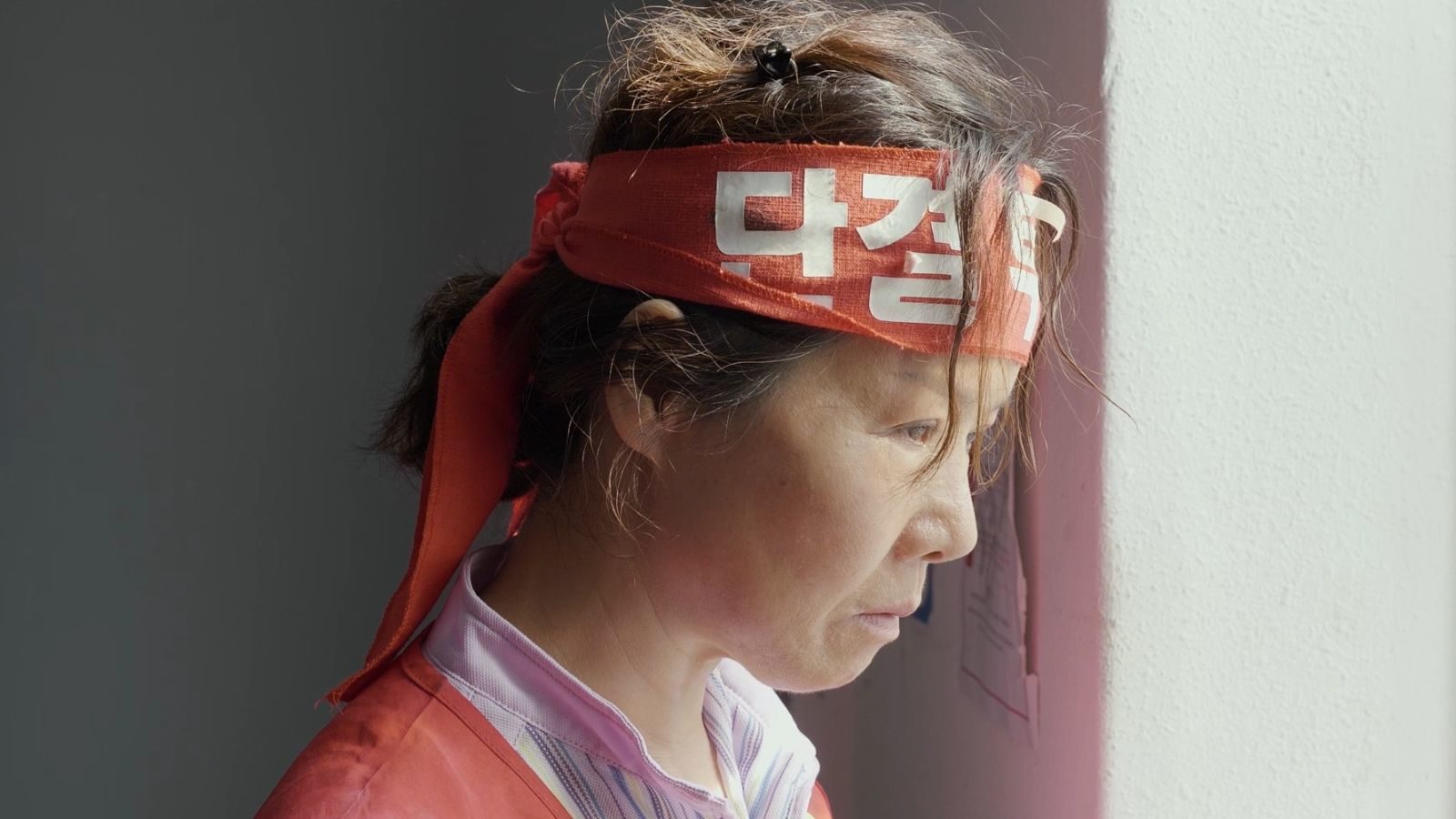 For nearly 30 years, O-bok (Jeong Ae-hwa) has operated her own successful seafood stand inside a small Seoul fish market. The hard, punishing work has made it possible for her family to lead a comfortable middle-class life. Now, with one grown daughter about to marry a government officials’ son, all of that sacrifice is seemingly about to pay off.

Yet, the very social hierarchies that O-bok so badly wants to transcend are exactly what keep her tethered to cycles of trauma and shame after being sexually assaulted by a colleague. Kim Mi-jo’s Gull brilliantly critiques the patterns of toxic masculinity that haunt its central character like a ravenous seabird chasing trails of chum in the water, and how even the most close-knit communities attempt to shift blame back onto the victim in order to remain financially and politically solvent.

But that only happens after O-bok decides to file a police complaint against her attacker. For much of Gull she suffers in silence, as co-workers gossip and family members remain oblivious, leaving her to internalize feelings of panic and rage that seem to be bubbling up on every reaction shot. At first, she wears this debilitating isolation stoically in order to avoid rocking the boat, that is until the gaslighting and personal indignities become too much to bear.

Kim’s searing character study unpacks the ways in which social institutions can be corrupted by silence, indifference, and, most of all, conformity. O-bok’s continual victimization is a byproduct of these failures to recognize and support sexual assault survivors, especially in more vulnerable populations. Most damning of all is the collective cowardice of literally every male character on screen, from O-bok’s drinking buddies to her misogynistic, waste of a husband. They will do anything to avoid responsibility, because that would mean confronting the very systems they’ve inherently benefited from since birth.

With so much external vitriol and blame being wielded at her character, only an actor of Jeong’s caliber and intensity could weather the storm convincingly. And Gull is an explosive showcase for an intimately raw performance that could have easily swayed too far into the realm of the avenger archetype. What makes O-bok so fascinating is her ongoing belief that someone will come forward and do the right thing, despite the contrary being proven time and again. That seed of hope eventually transforms into resistance and protest during the film’s furious climax.

O-bok’s evolution from victim to active symbol of defiance is framed in less dramatic terms than one might expect. It’s a gradual progression rooted in one’s changing perception of self-preservation. She reaches the end of the film (and a new stage of provocative determination) by embracing the very tenaciousness that served her so well in business.

Gull wraps all of this subtext up into a fierce drama that slowly peels back the façade of friendship and family to reveal an essential power of individual agency. Jeong’s boiling performance is never less than riveting, and a fittingly blunt response to the slippery chauvinism that continues to prop up the worst men as model citizens.