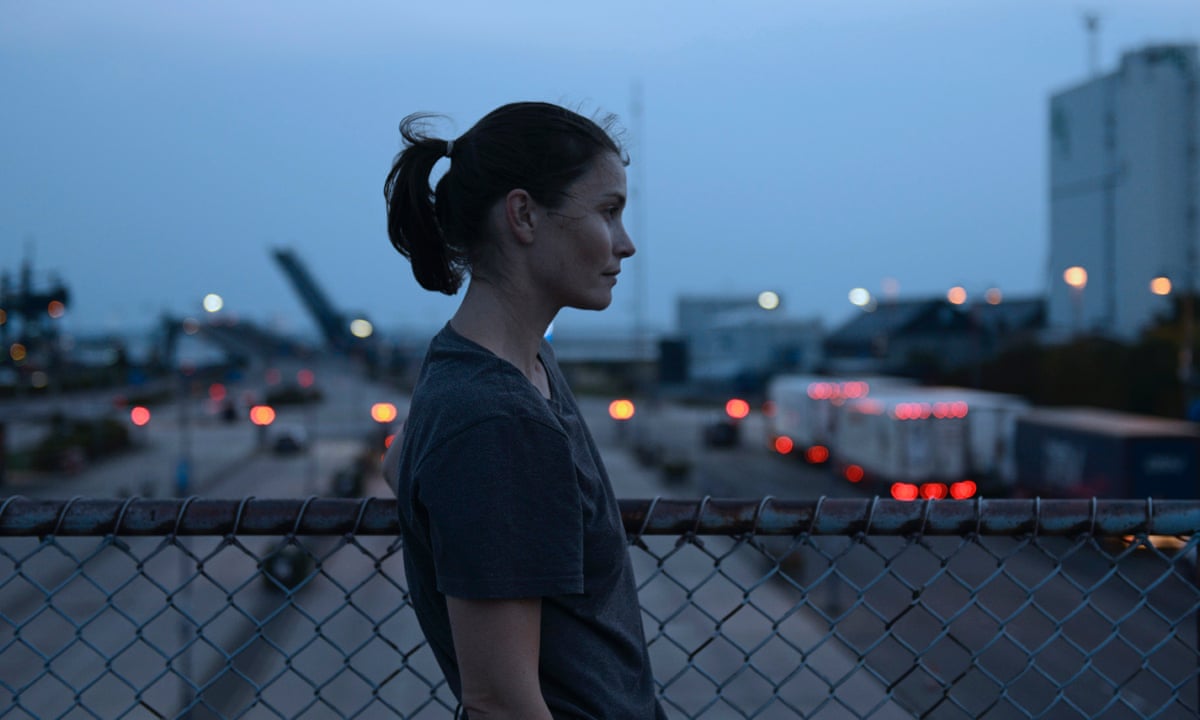 Like Jia Zhangke’s Still Life, Giraffe is a fiction sketched around the margins of an infrastructure project, capturing impressions of life and landscape in a place across which the state will soon sweep like a hand across a countertop. Instead of Still Life’s Three Gorges Dam, which juxtaposed the epic scope of the CCP’s ambition against the worker ants carrying the project out or being washed away in its wake, Giraffe’s Danish director Anna Sofie Hartmann tells a prototypical EU story of technocratic consensus and its faint, localized counterweight of regret over dying tradition.

To get to Copenhagen (and on to Sweden, and so on) from the European mainland, a lot of people take ferry that leaves from Puttgarden in Germany and arrives in Rødby, on the island of Lolland. This route will soon be replaced by the Fehrman Belt Fixed Link, an 11-mile road and rail tunnel—the longest in the world—which will facilitate the easy rapid transit of people and goods between Northern and Western Europe. On the Danish side, this will necessitate the demolition of houses and farmsteads on Lolland, and the relocation of residents. Giraffe features many real-life Danes affected by these changes; Hartmann’s surrogate within the narrative of the film is Dara (Lisa Loven Kongsli from Wonder Woman and Force Majeure), a Danish ethnographer researching the area before the future comes, listening to stories about farming and community from the years when the region was more remote. She’s working as part of an archaeology project in which the bones that get dug up come from family pets buried in backyards, and the artifacts are everyday consumer products like pincushions, frosted-glass tumblers—things you might find at junk stores or rummage sales or barns maintained by eccentric rural collectors, places where we stash the stuff of life just a little bit longer before guiltily consigning it to the landfill.

In the opening scene, Dara interviews an aging Danish couple in their 70s kitchen, soon to be torn down. They’ve been on the land for three generations, and lament that their kids won’t be able to keep it for a fourth. (Prosperous Scandinavia is hardly immune to rural brain drain, and at times in Giraffe I thought about Bill Forsyth’s Local Hero, about a corporate drone who brings the fast-paced modern world to the Scottish isles, only to come to romanticize its timeless way of life—not necessarily realizing that these romantic-seeming rustics might be ready to cash out on a legacy that their children want no part of in any case.) Dara herself lives in creative-class Berlin. Perhaps out of a sense of rupture with her own past, she is increasingly drawn to an abandoned farmhouse in Lolland. Among the decaying furniture and piles of water-damaged books and black-and-white snapshots, Dara begins reading the last resident’s diary, unable to reconcile the unmarried woman’s full inner life with her lonely-looking vestiges.

The movie’s other main set of nonactors are a Polish road crew on the tunnel project, representing another prototypical form of EEA migration. In one docufiction hybrid scene, the older Polish guys, the ones old enough to have see the Iron Curtain disintegrate, hold forth at a barbecue about their decisions to join the flow of laborers from Eastern to Western Europe, where the construction jobs are plentiful and the wages high enough to send remittances back home to the families they left behind. Dara strikes up a relationship with one of the younger workers, Lucek (Jakub Gierszał). They meet on a beach one late afternoon, as lightning vibrates in the deep blue skies far out at sea; they strike up a conversation in stilted English when she warns him off a swim. Dara is 38 and Luck is 24, she has an advanced degree and he’s living paycheck to paycheck in temporary housing; it’s her country and her rules, and their affair speaks to the imbalances of power, hopes and uncertainties of the European project.

Later on Dara will read to Lucek out of a book she’s reading “about places and memory” (the book is The Geography of Bliss, by Eric Weiner). Hartmann is interested in how a sense of attachment and continuity is accumulated over a lifetime; like Olivier Assayas in Summer Hours, she’s drawn to the objects we invest that meaning in, and like Chloe Zhao in the recent Nomadland, she’s interested in how geographical and economic dislocations can complicate it. The film’s vibes are melancholy and Scandi-modern, cozy and bougie, here are lovely interludes of fallow fields in white-nights summer twilight, and scenes filmed over FaceTime or as video messages nicely evoke the textures of this interconnected, transient century. The becalmed mood and associative dramaturgy at times recalls Angela Shanelec, though Hartmann is not quite as rigorous.

Why is the film called Giraffe? The film’s opening shot was presumably taken in a Danish safari park. As one of the eponymous endangered ruminants looks, bemused, directly into the camera from the safety of its captivity, you might feel a pang of exotic excitement or of anthropocene anxiety; you might also consider the good-liberal Western compulsion to memorialize and historicize ecosystems even as we overwrite them. (Not least through state-subsidized film.)