ND/NF Review: Dark Red Forest is a Rigorous Look at the Circular Nature of Sacrifice 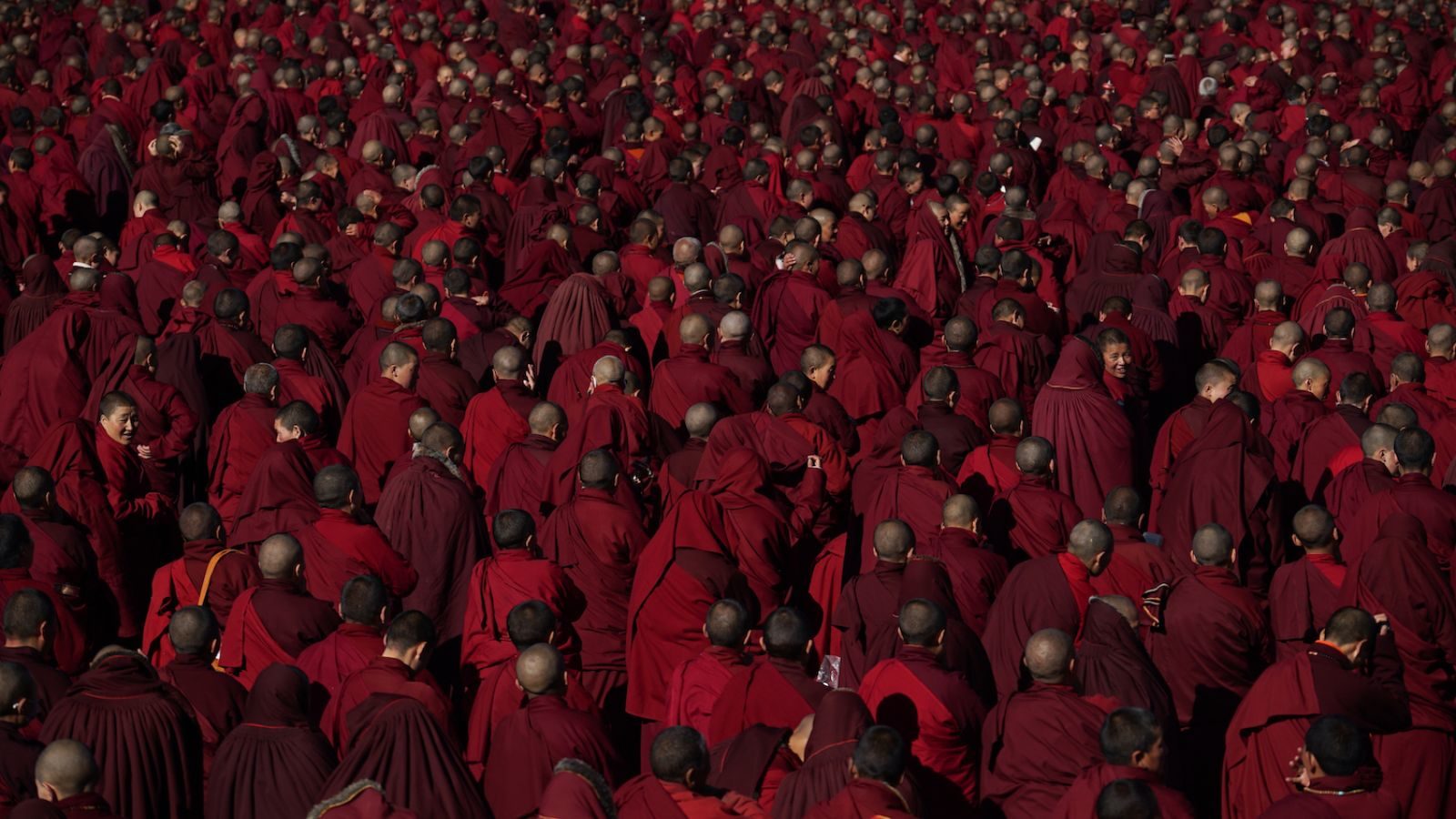 Yarchen Monastery located on the Tibetan Plateau is home to 10,000 nuns at any one point in the year. As Dark Red Forest explains in the opening title cards, many of them retreat to extremely small wooden houses for refuge during the coldest months. These tight spaces have little more room than a coffin, and certainty not enough space for director Jin Harquing’s camera. Much of the film is shot in exteriors dominated by blinding snow, unforgiving rain, and steep mountain ridges.

Such a hostile corner of the natural world plays host to countless philosophical and spiritual dilemmas that Dark Red Forest only touches upon. The nuns have fleeting interactions with their teachers and superiors, which often revolve around failures of study or compromises of faith. From the film’s vantage point, these women must rely on their own resolve to power through physical and mental crises, since the sheer number of people in need of guidance invariably overwhelms the institutional processes put in place by the monastery.

Using limited structuring devices outside of the calendar year and devoid of voice over narration, Dark Red Forest is just as rigorous as the images it depicts. The film isn’t interested in personal travails or hardships, instead focusing on systemic routines (prayer, solace, work) that come to define each nun’s experiences.

And yet, in the conversations that are depicted, many of these women confess questions of purpose that continuously haunt their religious pursuits. It’s frustrating that Dark Red Forest doesn’t include more of these telling moments. They open up the film to deeper readings about complicated overlaps between self and spirituality. Instead, Jin returns to long montages of the plateau, which continuously provided reminders of the monumental scope in each frame.

Even more beguiling than the rock faces and damp slopes are the flocks of vultures that wait patiently for their next meal. It’s later revealed that these birds have a symbiotic relationship with the nuns that should not be spoiled here, but you’ll know the harrowing scene once it arrives.

Still, as a documentary about the circular nature of sacrifice, Dark Red Forest chooses to remain stringently focused on the process rather than the person. In theory, this approach wouldn’t be an issue, but when put in practice here the filmmakers miss an opportunity to showcase the real human quandaries at play. But maybe that’s just an unjustified westernized expectation of my own to better understand when so many subjects are obviously conflicted over their current state.

As its title suggests, Dark Red Forest is completely dedicated to how the collective chase for spiritual conviction tends to suppress notions of individuality. Of course, because becoming a monk in Tibet is considered one of the noblest pursuits, the nuns are openly accepting of this sacrifice. The sea of crimson robes all moving in unison represent this theme in the most cinematic of ways. But this painstaking and raw film still feels hollow at its core, indicating that there’s something intrinsically human missing from the equation.