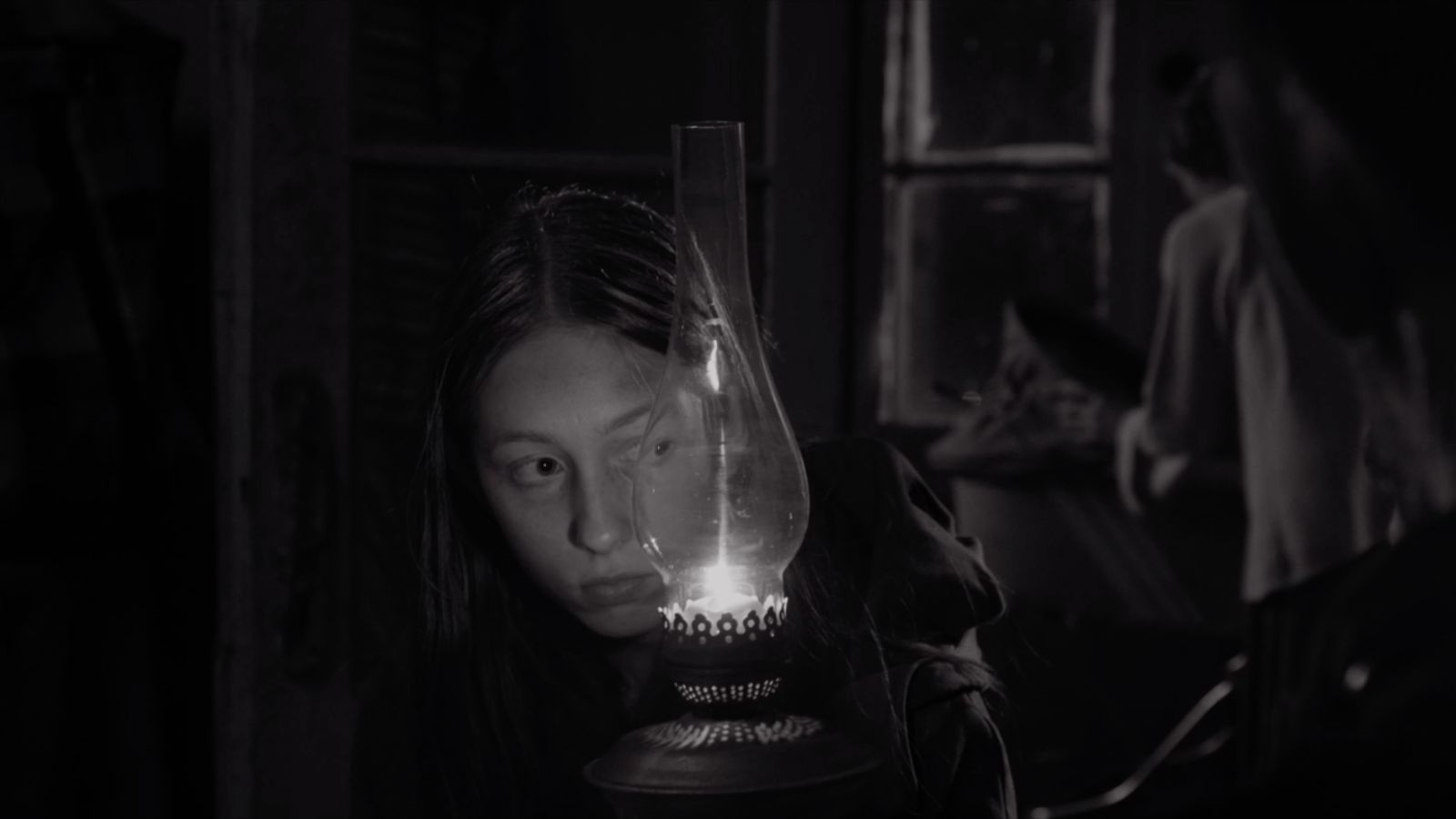 An apt alternate title for Bebia, à mon seul désir could well be Grandma, which of course was also the name of a Lily Tomlin-starring comedy from 2015. Indeed, ‘bebia,’ in its transliterated form, is Georgian for the word ‘grandmother.’ And if little else, amidst all the virtues and frustrations of this debut from Russian author and painter Juja Dobrachkous, there is no doubt that this is grandma-oriented filmmaking par excellence.

The slightly bathetic title Grandma rings true for another reason. Bebia, à mon seul désir is a film that treats a routine family obligation for a diffident, stroppy teenager––her grandmother’s funeral––as a mythopoeic battle of will. It’s not that the funeral is a formality––of course, it is an irreplaceable mourning ritual for her wider family. The issue is with Dobrachkous’ choice to frame it through this focalizing figure of the daughter (named Ariandna, and played by Anastasia Davidson), and the slightly opaque, unreadable sense of its ultimate significance to her.

We can’t escape the mythological resonance of the character names, which foreshadow the film’s quite awesome central set-piece. In the Greek myth, Ariadne is trapped at the center of the Minotaur’s maze, and uses a ball of thread to guide her love and savior Theseus through the labyrinth so he can rescue her. In the Mingrelian Georgian community where the film is set, burial tradition requires that the ‘soul’ be reunited with the body in its gravesite; a long thread of string must be wound from the location the person died (in this case, a hospital) to the burial ground. Adding to this, Ariadna’s grandmother (played by Guliko Gurgenidze in a flashback timeline) is called Medea––in myth, the notorious murderess of her own children.

Is the deceased Medea the equivalent of the Minotaur, entrapping her descendants in despair, and haunting them even in her passing? These two myths have been awkwardly, if provocatively, interspersed here, but the dramatic substance of the film begins to feel immaterial as Dobrachkous and her gifted cinematographer Veronika Solovyeva start depicting the burial ritual. Ariadna, as the youngest member of her whole family clan, is entrusted to wind this enormous, fragile piece of string across miles of uneven and vertiginous terrain. Having just days earlier been preparing for an elite fashion catwalk in London as a model, now she is the difference between her dear bebia’s soul languishing in purgatory.

The ensuing sequence unfolds like an answer to the clichéd rhetorical question, ‘how long is a piece of string?’ It’s an illustration of the power of belief––you observe the string swaying in the wind, peeling gradually off the spool, and suddenly one can fathom believing in miracles or intuiting the divine amongst human life. Ariadne is accompanied across the two-day trip––requiring an overnight stay in a cottage––by Temo (Alexander Glurjidze), an easy-going young man whose family befriended hers after she left the village. Some romantic tension brews, but the overall impact of this long passage in the film starts to dissipate, as we realize it won’t carry Ariadne to some essential revelation, change or truth about her relationship to her estranged family.

In stylistic terms, Bebia, à mon seul désir can be compared to Carlos Reygadas in its usage of non-professional actors, transcendental themes, and perspective-mangling wide-angle lenses. Faulkner’s masterpiece As I Lay Dying is also a relevant analogue, flitting as it does between the transportation of a matriarch’s dead body and her family’s both traumatised and cynical reaction to the death. This eclectic tonal mix, and the arresting force the film accrues throughout its indulgent length, means it can’t be discredited. It lingers in the mind, and begs the question of how Dobrachkous’ work will mature from here. We bury the dead, and then we can live.