ND/NF Review: Azor is a John le Carré-Esque Submersion into the Height of The Dirty War 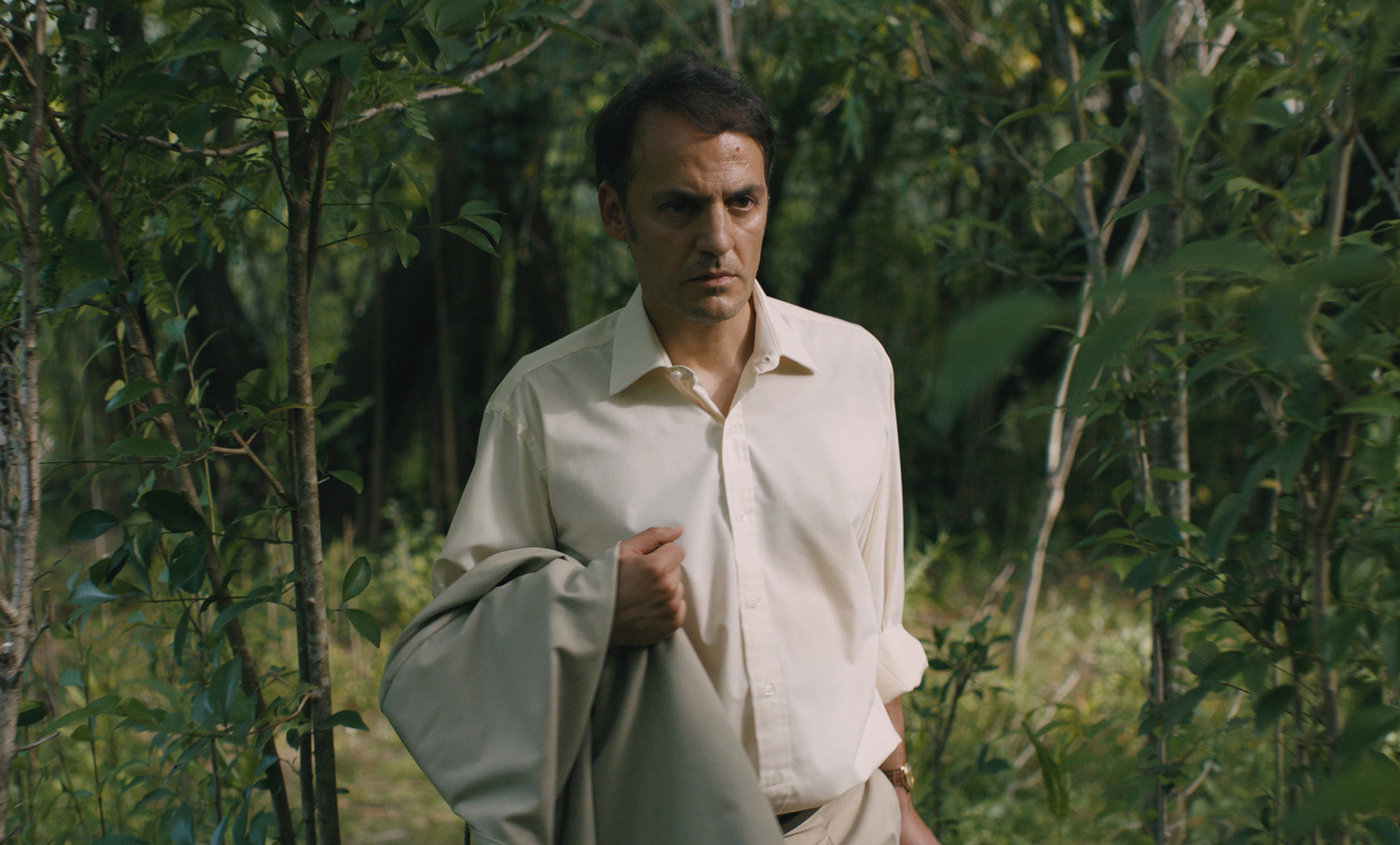 An almost suffocating air of secrecy permeates Azor, a Swiss-Argentinean coproduction concerning the mutual suspicion and damnable complicity of patrician North Atlantic capitalism and repressive regimes in the postcolonial Global South. The year is 1980, and a private banker from Geneva circulates among the Buenos Aires elite. This is at the height of the Dirty War, though so absolute is the Swiss banker’s discretion—so clean his hands—that the military junta’s crimes against its people feel as suggestively peripheral to the film’s narrative as the word “disappeared” implies. Filmmaker Andreas Fontana’s debut feature is a film of almost Le Carréan subtlety, of oblique plotting, crouching dialogue, and guarded performances masking sinister realpolitik.

Yvan De Wiel (Fabrizio Rongione), the third-generation scion of a Swiss private banking family—as Fontana himself is—arrives in Argentina with his wife Ines (Stéphanie Cléau), to meet with clients and colleagues: landowners, jetsetters, horse trainers, ministers, bishops, ambassadors, bankers, and all their dour lawyers. Everyone’s manners are impeccable; the obligatory invitations to visit each others’ castles and villas on the continent are exchanged. Discussions of money are tactful often to the point of invisibility, even when De Wiel is helping politically suspect clients sneak money out of the country in a duffel bag. The manor-born De Wiel faces new competition in changing times, as neoliberal institutions like Credit Suisse elbow him out of backroom deals with the government. And then there is the matter of De Wiel’s partner, Keys: He has mysteriously and abruptly vanished, leaving behind a swirl of ominous rumors and a diary of appointments leading up to a rendez-vous with the mysterious “Lázaro.”

The political situation is impolite or dangerous to dwell on, even as disappeared persons are conspicuous by their absence from even the most respectable families—and De Wiel’s delicacy is matched by Fontana’s dry, exterior dramatization and by the pleasingly uniform understatedness of the performances. As De Wiel transacts with old money and new, character is revealed in minutest gestures, in a word to a waiter or a whisper into a lawyer’s ear, and power dynamics can shift in a moment—if you know these rooms well enough to read them. De Wiel and Ines debrief after social and professional engagements (though one suspects that steely Ines keeps some judgements, of her husband, even closer to her vest), and communicate in a private language of bankers’ slang. As Ines explains, there are codewords for pretending to not to see, and for warnings: “Be careful what you say.”

Fontana maintains a humming atmosphere, though not every interstitial long shot of a hotel swimming pool or party feels weighty with unspoken meaning. (The hissy, synthetic, giallo-y score by Paul Courlet is very fine, however, and not over-deployed.) The overall look is handsome, in tasteful wood-varnish browns and billiards-felt greens, and Azor more tense and intriguing in its mutedness than a similar 70s period piece from a couple years ago, the Uruguayan director Federico Veiroj’s The Moneychanger.

As De Wiel retraces Keys’s steps, through business-class hotel bars and manicured gardens and members’ clubs dating back to the age dueling, he pierces the veil of euphemism around the junta, and gathers scraps of conflicting information about his old partner. Keys, he is told, was charming, a rouge, greedy, shady, scandalous, impetuous, moral—he went too far. De Wiel’s journey, as a bourgeois old-world adventurer in the southern hemisphere following a predecessor whose fate is shrouded in mysteries and myth, is modeled on Conrad—self-consciously so, as his New World odyssey culminates with an upriver journey into his own heart of darkness.