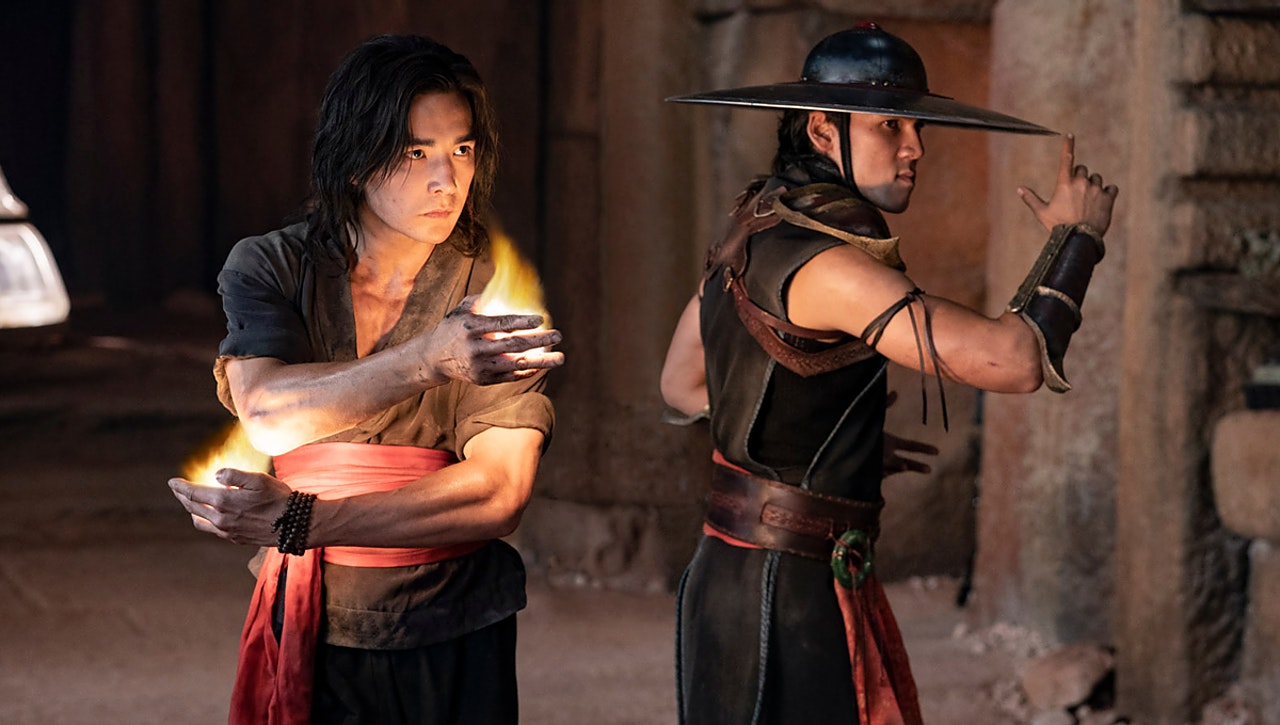 Goro, Liu-Kang, Scorpion… the gang’s all here to help revitalize the Mortal Kombat brand, which—depending on your age—might be primarily associated with the notoriously violent video game or the 1995 movie that epitomized PG-13 entertainment parents would drop their kids off at the multiplex to see on a Saturday afternoon. For a 2021 reboot the obvious opportunity comes to take advantage of an R-rating template set by 300 or Deadpool, putting the game’s trademark fatalities onscreen in all their gruesome glory.

Though a problem with this reboot––and perhaps this will stem from expectations––is that one doesn’t come away really wowed by the world or understanding how it spawned such a vast multimedia empire of games, movies, and comics. The long-lasting game franchise deserves something a little wackier or consistently gnarlier. (The last time this writer checked in was the point you could fight as Freddy Krueger or Predator.) There’s a nagging feeling, while watching, that they’re waiting to up the stakes for a sequel.

Though if you have no Mortal Kombat exposure, a little catch-up is needed. As a title crawl at the 13-minute mark informs us, a deadly monster and supervillain-friendly martial arts tournament is held between the Outworld and Earthrealm, the latter boasting a severe advantage in victories and on the edge of conquering our world. Downtrodden MMA fighter (and series newbie) Cole Young (Lewis Tan) finds himself thrust into this multi-dimensional brawl alongside a number of characters from the games—Sonya Blade (Jessica McNamee), Jax (Mehcad Brooks), and the exceptionally loud-mouthed comic relief Kano (Josh Lawson), one of the most annoying characters in recent cinema history. They find themselves pitted against a number of fighters, ranging from those with superpowers (Sub-Zero) to four-armed green monsters (Goro).

The highlight being the franchise’s baddie du jour, Sub-Zero, who’s given a real chance to shine; the film, or at least its FX department, are in love with the number of ice effects they can have him dispense. Otherwise you’ll maybe question why certain characters were considered so iconic in the first place. Lord Raiden, despite having the backing of the great Tadanobu Asano, in particular lacks characterization beyond simply having glowing eyes.

But did this writer eventually come to be lightly endeared to this ragtag group of completely unrecognizable (aside from Asano) D-list bozos spouting hackneyed dialogue? Well, a little, if only for the fact that they gave the film at least a sliver of the junk charm from the 1995 original. Not really trying to elevate the material with complex plotting or prestige actors was the right decision, but there comes a point where simply bearing the marks of a competent movie—say, being reasonably well-paced and unpretentious—isn’t quite enough.

The film lacks real formal verve, neither depicting the fights in super-coherent long-takes or frenetically edited chaos cinema; it strikes a sort of middle ground. Perhaps perfunctory is more or less the word you’re seeking to describe it in toto? Regardless, a “Flawless Victory” for lifeless corporate cinema.