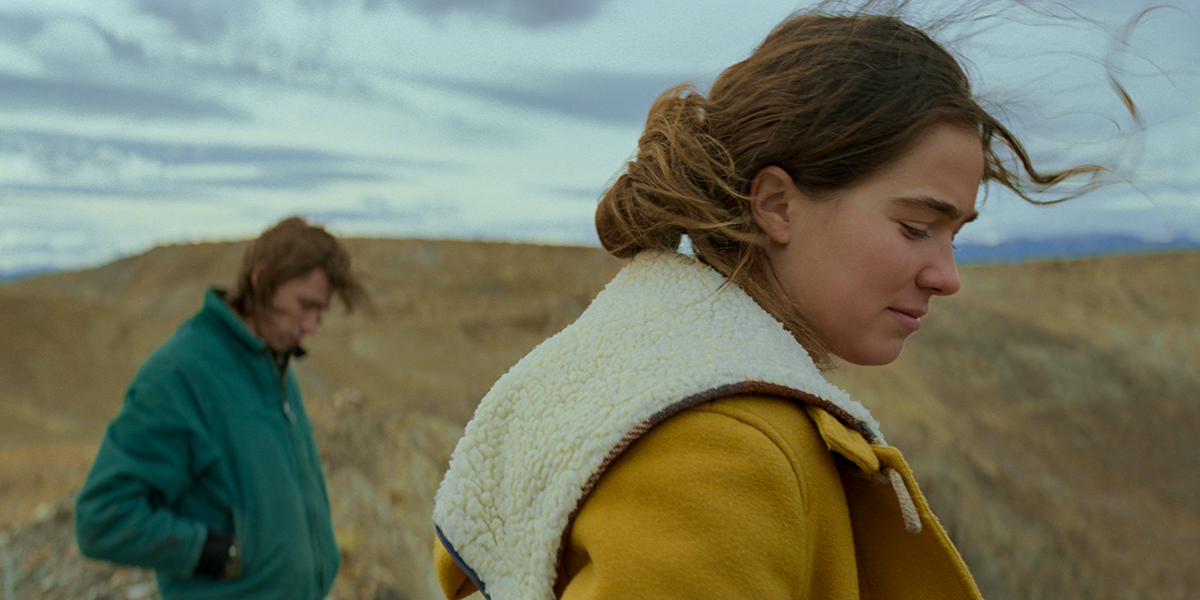 It takes a certain amount of expertise to build a narrative without telling the audience everything as soon as possible. In Montana Story, filmmakers Scott McGehee and David Siegel demonstrate incredible restraint and a hefty trust in their audience. The basic premise: two siblings converge to face old sins and lingering scars as their father lies comatose in the final days of his life. McGehee and Siegel have been turning out impressive pictures for thirty years; this is their most nuanced to date.

Haley Lu Richardson plays Erin, returning after running away seven years ago. Owen Teague plays Cal, the half-brother who stayed to clean up the mess. Set in Paradise Valley, Montana, and shot in 35mm wides by cinematographer Giles Nuttgens, this is a “small” story framed as grand, where the problems of three little people do amount to a hill of beans in this crazy world. Cal must manage the perishing finances of their father and his ranch. This also includes a 25-year-old horse named Mr. T. His only help is Ace (Gilbert Owuor), his father’s at-home aide. The two developed a kinship while Cal does his best to rekindle his relationship with his half-sister.

Richardson and Teague give all-star work throughout. Regret and resentment linger in every early exchange, the past referenced in half-sentences and repressed reactions. Upon hearing that Cal is going to have Mr. T put down, Erin makes it her mission to rescue the horse and transport him back to her home in upstate New York. To do this requires a vehicle, a trailer, and, of course, money. As the two do their best to put a plan in place, they must confront their mutual past and prepare to say goodbye to their father. Ace serves as a conduit for this fractured family. Owuor’s calming presence helps anchor the more dramatic moments. This is the kind of performance that is often taken for granted. Let us not do that here.

As the narrative uncoils there are some expositional moments on their father’s fraudulent dealings; if they stall proceedings a bit, this is minor criticism. Montana Story moves at its own languid pace, paying homage to melodramatic westerns past while updating its conflict for the modern day. Eugene Brave Rock puts in memorable supporting work as a local man with a crappy truck to sell, as does Kimberly Guerrero. She plays the housekeeper of the ranch, one of the only remaining outside connections to the family.

McGehee and Siegel are at the top of their game, building to an emotional and memorable climax. Nothing is too shocking, but nothing happens exactly as expected either. One could look at the premise of this film and convince themselves they’ve seen it before. They’d be wrong.

Montana Story opens in theaters on Friday, May 13.