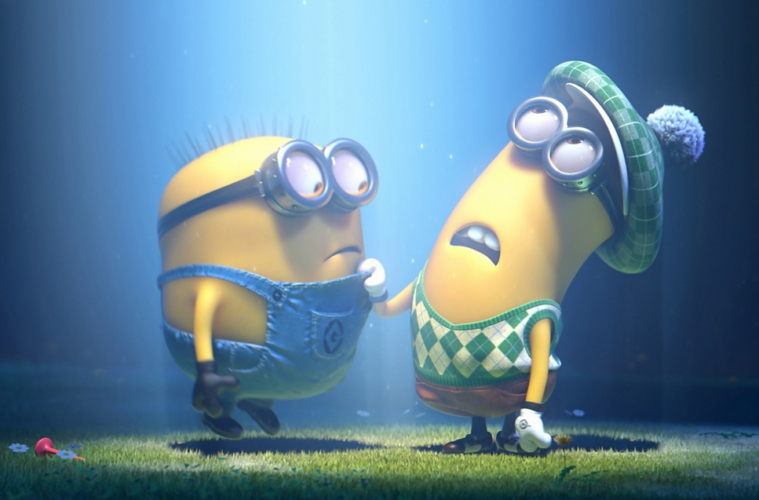 Minion Abduction Occurs In New Trailer For ‘Despicable Me 2’ After a very brief tease earlier this year, the minions are back in a new trailer for next summer’s Despicable Me 2. Story-wise, this look is still a tease, but does introduce us to an inkling of what will be going down in Pierre Coffin and Chris Renaud’s follow-up to Universal Pictures and Illumination Entertainment’s $500-million-plus grosser.

Although there is barely any Gru (Steve Carell), this acts like a short film hinting at our villain (played by Al Pacino), as a few harmless minions get abducted. Hopefully our story is expanded quite a bit here, but keeps the same charm that led to the success of the original. Check it out below, thanks to Apple, for the film also featuring voice acting from Kristen Wiig, Miranda Cosgrove, Russell Brand, Steve Coogan and Ken Jeong.

Universal Pictures and Illumination Entertainment’s worldwide blockbuster, Despicable Me, delighted audiences around the globe in 2010, grossing more than $540 million and becoming the 10th-biggest animated motion picture in U.S. history. In Summer 2013, get ready for more minion madness in Despicable Me 2. Chris Meledandri and his acclaimed filmmaking team create an all-new comedy animated adventure featuring the return of Gru (Steve Carell), the girls, the unpredictably hilarious minions…and a host of new and outrageously funny characters.