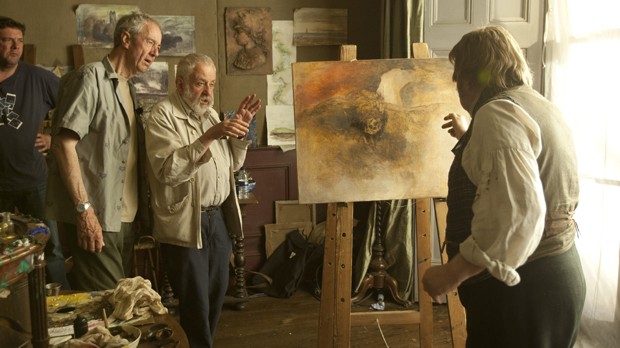 Berlin Film Festival 2015 have added Ned Rifle, I Am Michael, 54: The Director’s Cut, and more to their lineup.

At Grantland, Mark Harris on how Hollywood’s toxic (and worsening) addiction to franchises changed movies forever in 2014:

I did not begin 2014 by imagining that the most resonant movie moment of the 12 months to come would be a quiet, resigned stare-down in a bathroom. But it has been that kind of year. Alejandro G. Iñárritu’s Birdman tells the story of an actor trying to outrun a character that threatens to devour him. Birdman is his support system, his claim to fame, the devil on his shoulder, and the demolisher of his soul. In short, it’s his best and worst self, depending on his mood. The film is a flight of fancy, but it’s a very sad one; the wind beneath its wings is a crisp and rather bleak message about what movies are right now — and, perhaps, what they will continue to be for as far ahead as we can see.

At Flavorwire, Jason Bailey defends seeing the movie before reading the book:

Inherent Vice, Paul Thomas Anderson’s adaptation of Thomas Pynchon’s 2009 crime novel, hits theaters today, and I encourage you to see it at your earliest opportunity — it’s sharp, funny, bizarre, and great, PTA’s most enjoyably loosey-goosey effort in years. But there will be some foot-dragging, as it seems there always is when a film version of a high-profile bestseller hits the screen, by those who feel it’s their obligation to first consume the work in its original and vastly superior words-on-a-page form. After years of struggling with this arbitrary impulse/obligation, let’s just come out and say it: you don’t have to do that.

In a related feature, at The Playlist, Cory Everett on the 6 biggest changes from book to screen for Inherent Vice:

“She came along the alley and up the back steps the way she always used to. Doc hadn’t seen her for over a year. Nobody had. Back then it was always sandals, bottom half of a flower–print bikini, faded Country Joe & the Fish T–shirt. Tonight she was all in flatland gear, hair a lot shorter than he remembered, looking just like she swore she’d never look.” Whether your first experience with “Inherent Vice” is Thomas Pynchon’s sprawling, hazy novel or Paul Thomas Anderson’s sprawling, hazy film, this opening passage should be familiar. It appears in both more-or-less verbatim, as does the dialogue that follows between “Doc” Sportello (Joaquin Phoenix), a pot-smoking P.I. and his ex-girlfriend Shasta Fay Hepsworth (Katherine Waterston), who informs him of a kidnapping plot that sets the story in motion. Judging by the first scene or chapter alone, you’d be forgiven for thinking that Anderson’s film was a direct transcription of the book and that’s actually how the acclaimed writer-director began his adaptation.